Summit Prep Charter High in Redwood City is the 16th best public high school in California, and 116th nationally, according to the latest rankings by the U.S. News & World Report.

Both schools received gold medals from the U.S. News & World Report, which evaluated data on more than 20,500 public schools in 50 states and the District of Columbia.

Schools were awarded gold, silver or bronze medals based on their performance on state assessments and college preparedness, according to U.S. News. Rankings were based upon the 2015-16 school year.

Lynbrook High of San Jose ranked 17th in the state and 142nd nationally. 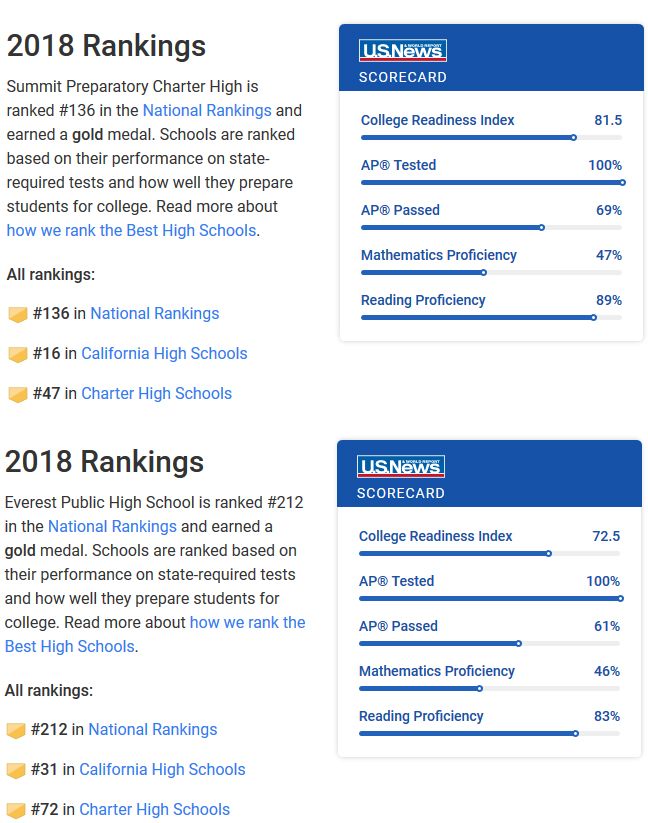