A delicious event is brewing over at Harry Hofbrau’s.

The restaurant at 1909 El Camino Real in Redwood City has announced that it will have a full menu of beers on tap by the ever-popular Ballast Point Brewery Company of San Diego.

The four-day event will start Thursday, Jan. 18 and will feature five IPAs, seven versions of Victory At Sea, three sours and two collaborations, according to Harry Hofbrau’s Facebook events page.

Take a look at the menu: 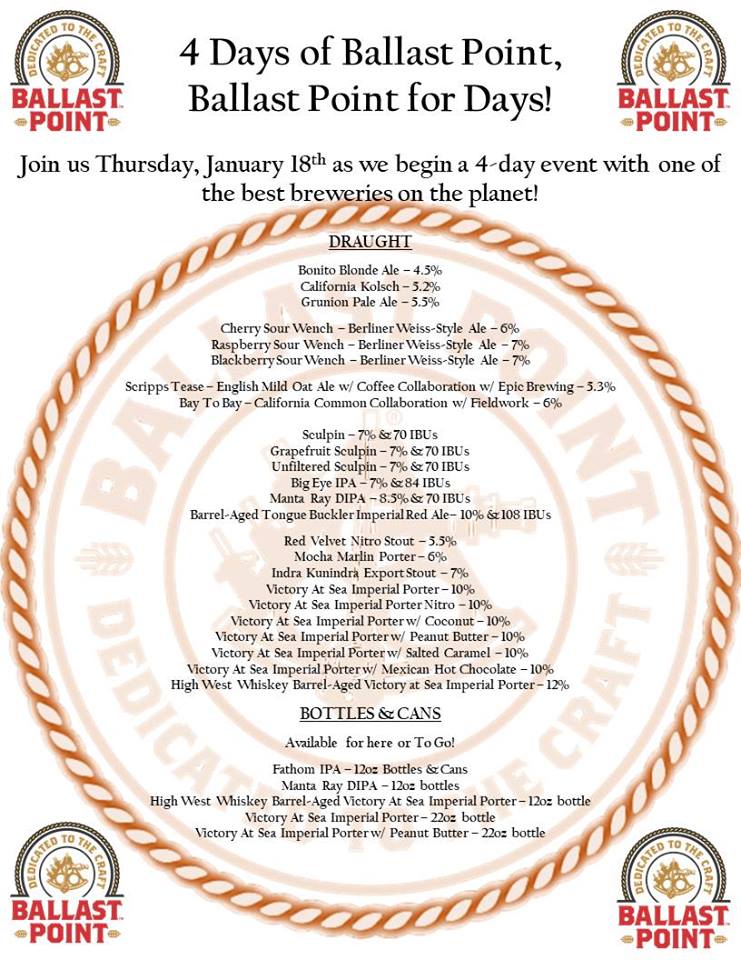