Leave political correctness at the door for this upcoming comedy show in Redwood City.

Award winning comedian, actor and writer Scott Capurro is set to perform on March 24 at Freewheel Brewing at 3736 Florence St. in Redwood City, according to this Eventbrite.

Capurro, once called a perennial provocateur in the U.K. publication Chortle, expressed pleasure in performing on the Peninsula.

“The Peninsula has changed, but I haven’t,” he states in the show’s promo. “Bawdy jokes, disapproving gaze from the locals. Still cantankerous. Me too. So many wealthy peeps, so many concerns. Several moms have not yet figured out their walks. IT’S A BIG PROBLEM.”

To learn more about Capurro, visit his website here. 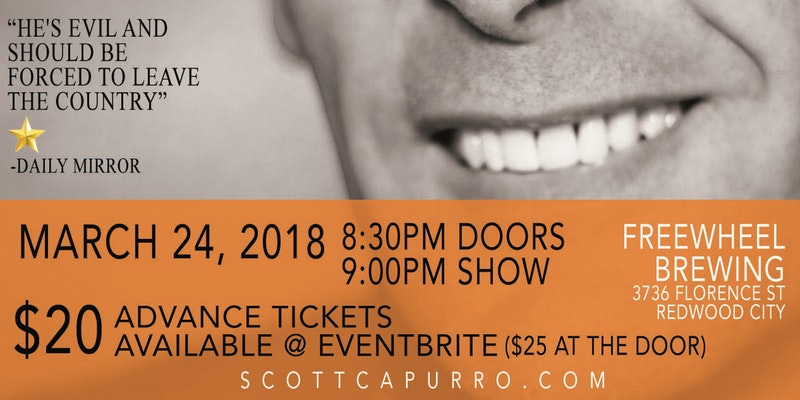