Two Redwood City students were praised earlier this month for setting up a clothing and toiletry drive at their school that benefited the Samaritan House of San Mateo, which provides food, shelter, health care and other supportive services for people in need.

Greta and Taylor, 8th graders from North Star Academy, set up collection bins in each classroom and posted flyers all over school.

This is hardly the first time North Star Academy students have assisted the Samaritan House. As far back as 2007, two 5th graders presented a $182 donation to the nonprofit’s executive director after making and selling candles during recess at the school. 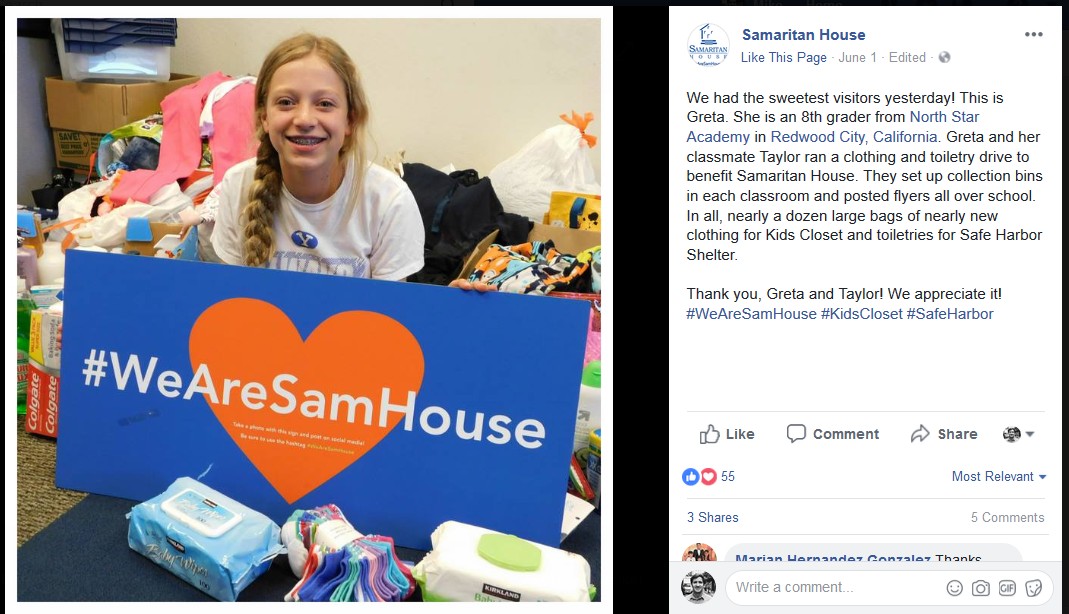