Five people were taken to the hospital with minor injuries following a four-vehicle collision on U.S. Highway 101 in Redwood City Wednesday night that blocked four southbound lanes for about two hours, according to the California Highway Patrol.

The crash, possibly caused by a DUI driver, was reported at 10:12 p.m. south of San Antonio Road. The collision caused at least one of the vehicles to overturn, and damaged a 65-foot section of guardrail, CHP said. Five people were taken to Stanford University Medical Center.

The lanes did not reopen until after midnight. 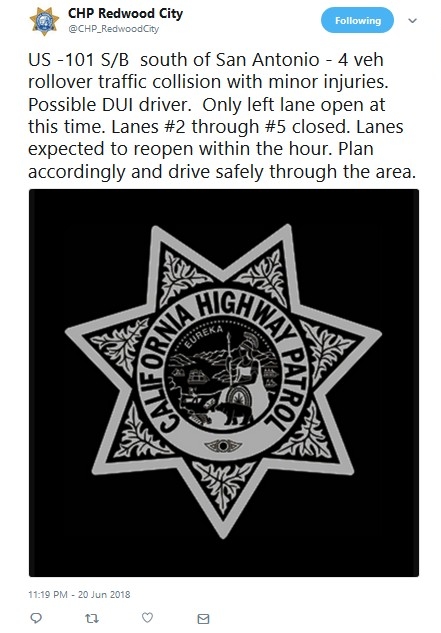