Soon, branded bicycle wayfinding signage and pavement markings will be installed along a pathway in Redwood City from San Carlos to Atherton as part of a broader plan to create a safe multi-city bikeway on the Peninsula, the city announced today.

Construction will take about a month and have minimal impacts, the city said.

“The signs will help people stay on the route, point out key destinations off the route (like Downtown and Red Morton Park), and let you know how far away various destinations are,” city officials said.

The current Peninsula Bikeway route through Redwood City is temporary. Right now, the city is teaming with Atherton, Menlo Park, Palo Alto and Mountain View to build a longterm Peninsula Bikeway that is “direct, safe and comfortable,” officials said.

On Sept. 8, a Peninsula Bikeway Launch Event will be held at Burgess Park, 701 Laurel St. in Menlo Park, where community members will join elected representatives and staff from the five cities to learn more about the bikeway, and to help shape its future. The event will begin with bike rides on the interim corridor meeting at Burgess Park, and will include fun events for the family.

For progress reports on the upcoming construction, go here.

For more information on the launch event and updates on the Peninsula Bikeway planning efforts, go here. 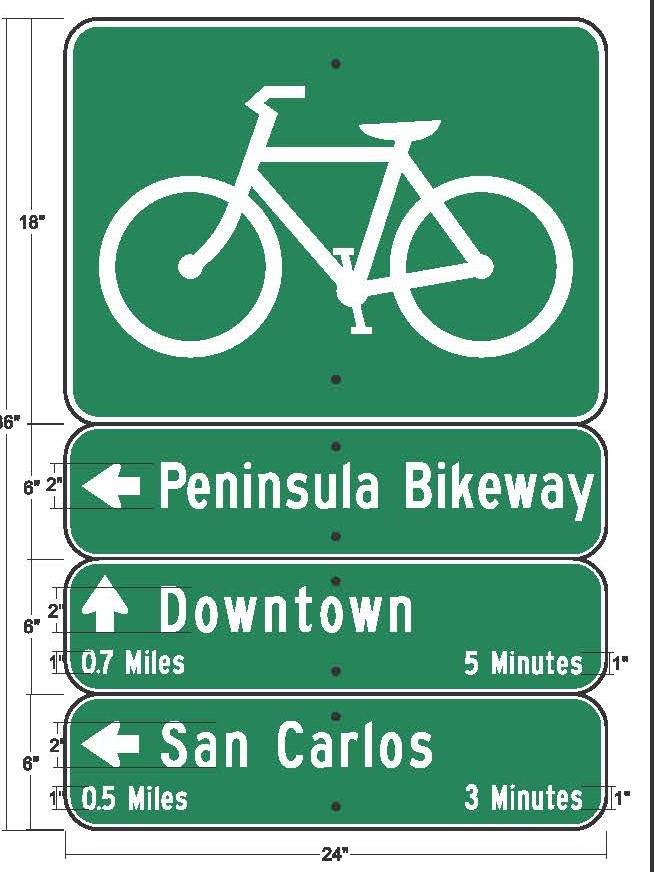