A Redwood City school was one of 349 in the nation — and one of 12 in California — to earn the distinction as a National Blue Ribbon School in 2018.

North Star Academy, a public elementary school within the Redwood City School District, serves 536 students from third through eighth grades at 400 Duane St. The school was named in the Exemplary High Performing Schools category based upon its student scores, subgroup student scores and graduation rates.

North Star also earned Blue Ribbon status in 2012. It was the lone San Mateo County school to earn the Blue Ribbon label this year. Four schools in Santa Clara County earned the honor in 2018, as well as two in Alameda County, two in San Diego and one apiece in Orange, Riverside and San Luis Obispo counties.

The school district says North Star, which accepts students from around the Bay Area via an application and lottery process, say the high distinction derives from the school’s focus “on the combination of creativity, task commitment, and high academic rigor, to support students in developing to their fullest potential.”

“The pace of responsive instruction, the depth and complexity of the grade level curriculum, the types of assignments, and the range of experiences provide a learning atmosphere that promotes excellence,” the district said.

The majority of alumni at North Star have gone on to higher education after high school “ranging from local junior colleges to Stanford, UC Berkeley, UCLA, Purdue, Columbia, Harvard, Duke and Boston University,” according to the nomination application for the school.

After being awarded Blue Ribbon status in 2012, applications to North Star went up “by at least 30-percent each year.”

North Star Academy Principal Sara Shackel said the award is “meaningful because it represents the time and effort that our teachers have invested into improving their practices.” She equally credited student and parent participation in the learning process.

In November, representatives of RCSD and North Star Academy will visit the nation’s capital where U.S. Secretary of Education and the Department of Education will celebrate the National Blue Ribbon Schools. 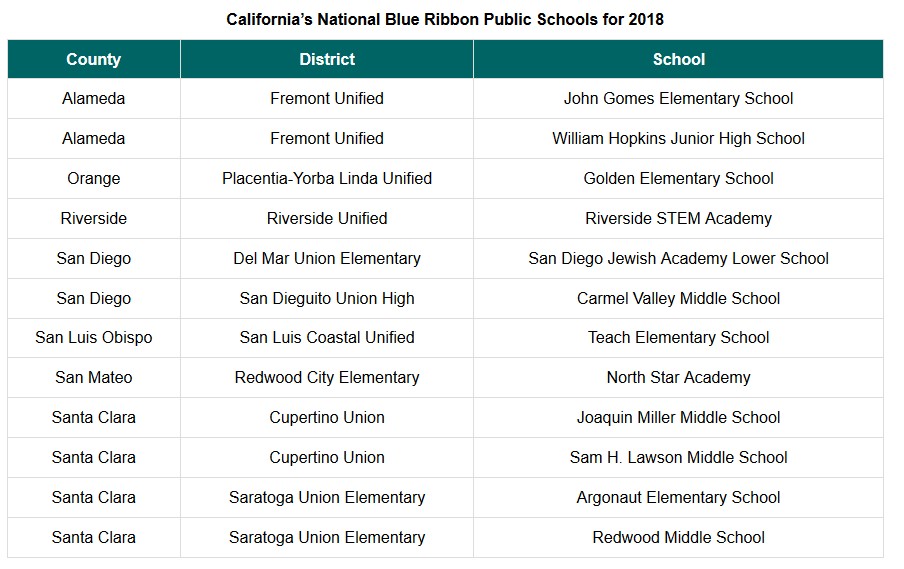