A horse that ended up stuck in a ditch at San Macdonald Park near La Honda can thank the muscle of patience of San Mateo County first responders.

The San Mateo County Sheriff’s Office released photos today from the recent incident involving the horse, named Cody, and his owner Chris Smith. The horse ended up in a “very awkward predicament” while riding in Sam Macdonald Park.

Smith naturally expressed gratitude to all who helped in the effort.

“We are so thankful for the team effort made to help this wonderful animal and his family,” the sheriff’s office said. 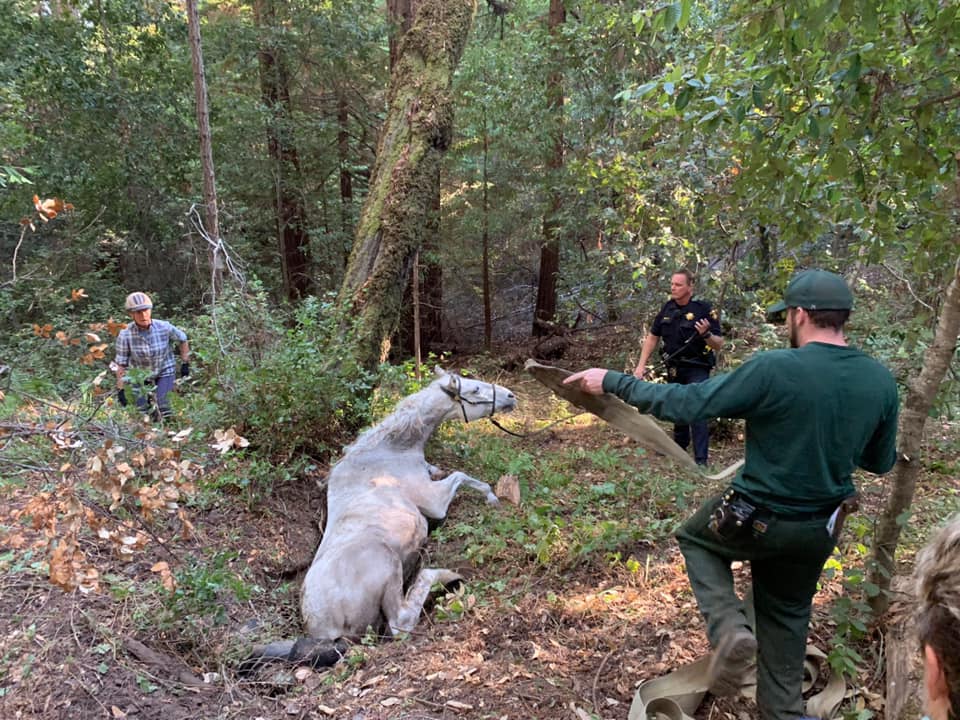 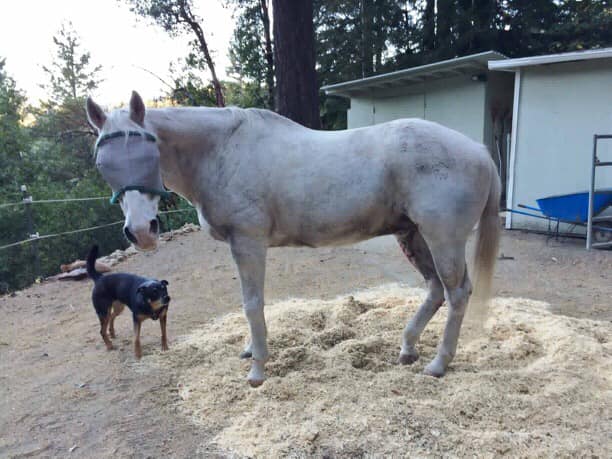