SamTrans released a draft study outlining plans for possibly six new express bus routes that would be phased in over the next few years.

See the proposed routes in the map below. The so-called Draft Express Bus Feasibility Study, launched by $15 million in state funds, aims to improve transportation options and ease freeway traffic. The study is open for public comment until Friday, Nov. 16, on the project web page.

“The first two routes recommended by the study would run between Foster City and downtown San Francisco and between Palo Alto and the west side of San Francisco via Daly City starting in the summer of 2019 pending identification of funding and resources,” the transit agency said.

The remaining four routes would be implemented by 2023, but could begin sooner if funding becomes available.

The study recommends running peak-only service on most routes with buses every 20 minutes. The annual operation cost for each route as designed in the study ranges from $2 million to $4 million, the transit agency said.

The study is set for discussion at Nov. 7 SamTrans Board of Supervisors meeting. It is expected to go before the board for approval in December. 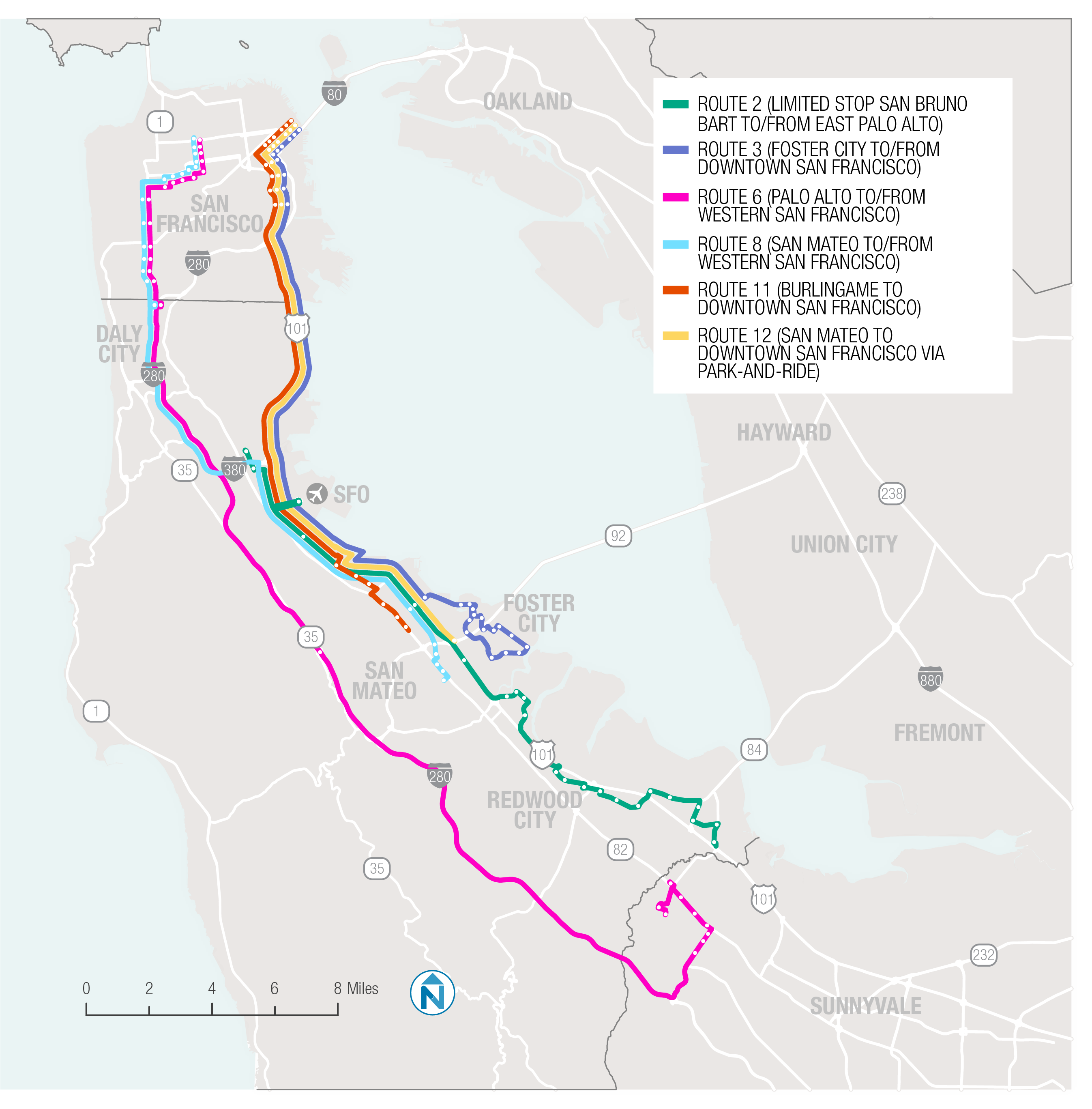