Piggy Smalls may have come from the streets — but she’s “extremely friendly and will make a wonderful pet,” according to the Peninsula Humane Society & SPCA (PHS/SPCA).

Piggy Smalls is the name given to an adult female pig who was found by police wandering at the intersection of Alberni Street and Laurel Avenue in East Palo Alto on Nov. 8. No one has come to claim her, so now she is up for adoption.

While it is uncommon to see pigs at the PHS/SPCA, Piggy Smalls happens to be the third pig admitted this year to its shelter, surprising officials.

“We are committed to finding her a loving home where she will be kept as a pet, not a source of food, just like the other two pigs we received earlier this year,” PHS/SPCA Communications Manager Buffy Martin Tarbox said in a statement.

Piggy Smalls’ age is unknown. She weighs about 45 pounds, and “it is possible she will continue to grow, so potential adopters should have ample space for her,” officials said.

“Pigs can live on average12 to 18 years. Their diet consists of pig pellets, fresh vegetables and alfalfa hay, although Piggy Smalls is very fond of apples,” Tarbox said. 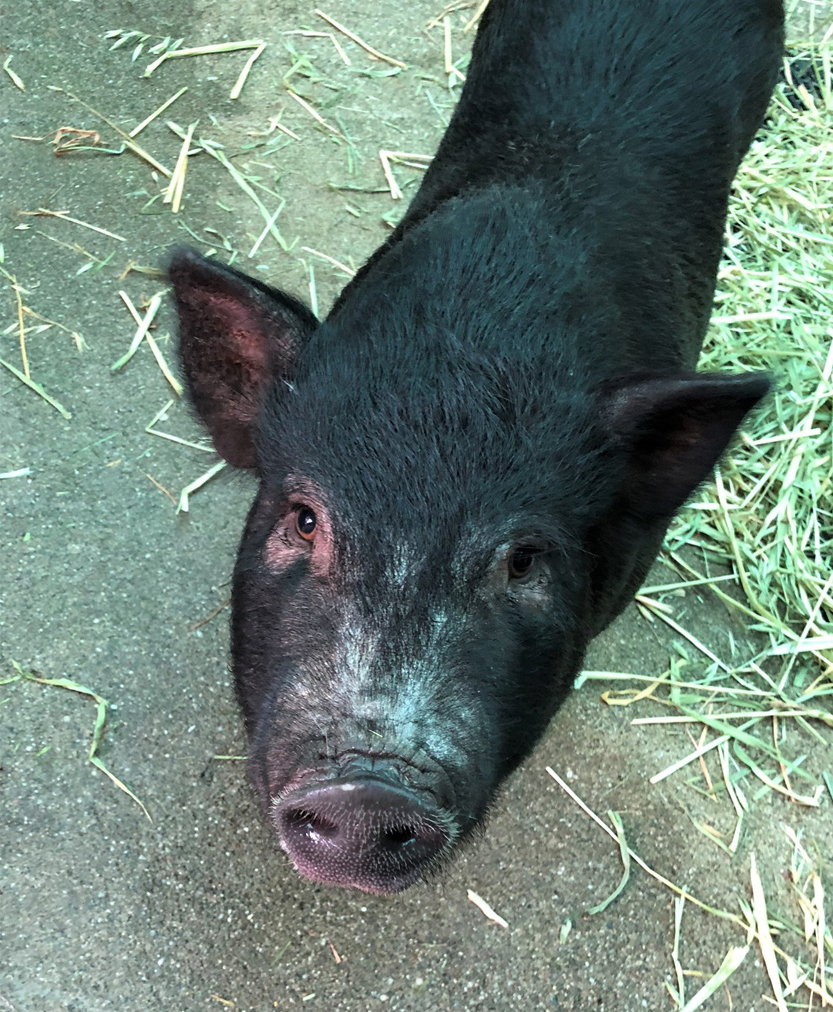