The Redwood City Council approved salary increases for the city manager and city attorney on Monday.

In a council vote that was unanimous among the present councilmembers, with members Diane Howard and Shelly Masur absent, City Manager Melissa Stevenson Diaz received a 5.86 percent salary bump, increasing her annual salary to $295,006.

The increases are part of an annual evaluation of council-appointed positions timed with the employees’ annual performance evaluation, according to the city. Both Ramirez, who has served as City Attorney since 2016, and Diaz, who began as City Manager in 2015, received salary increases last year, according to city documents.

“Salary adjustments are made with consideration given to employee performance, total compensation relative to the City’s survey market of benchmark cities, and the current financial conditions of the City,” according to city staff.

On social media, community members challenged whether raises for top-paid city staff make sense given the city’s budget woes. The city just pushed for, and passed, a half-cent sales tax in the Nov. 6 election to plug projected city budget deficits. The expected shortfalls are in large part due to growing public employee pension costs, a crisis affecting cities statewide.

No members of the public spoke at Monday’s council meeting to oppose the salary increases.

In terms of salary comparisons to other city managers in California,  Diaz’s total compensation in 2017, including base pay and benefits, ranked 43rd on a list of 571 California jurisdictions, and third highest among San Mateo County cities. Diaz’s compensation was less, and in some cases substantially less, than managers of 17 California cities that are comparable in population or have fewer citizens than Redwood City (population 86,380). They include Palo Alto (69,721), where the city manager made $327,692 in total compensation and South San Francisco (67,082, $333,018).

Here are the 2017 total compensation comparisons for the city managers in San Mateo County below, courtesy of the State Controller’s office. 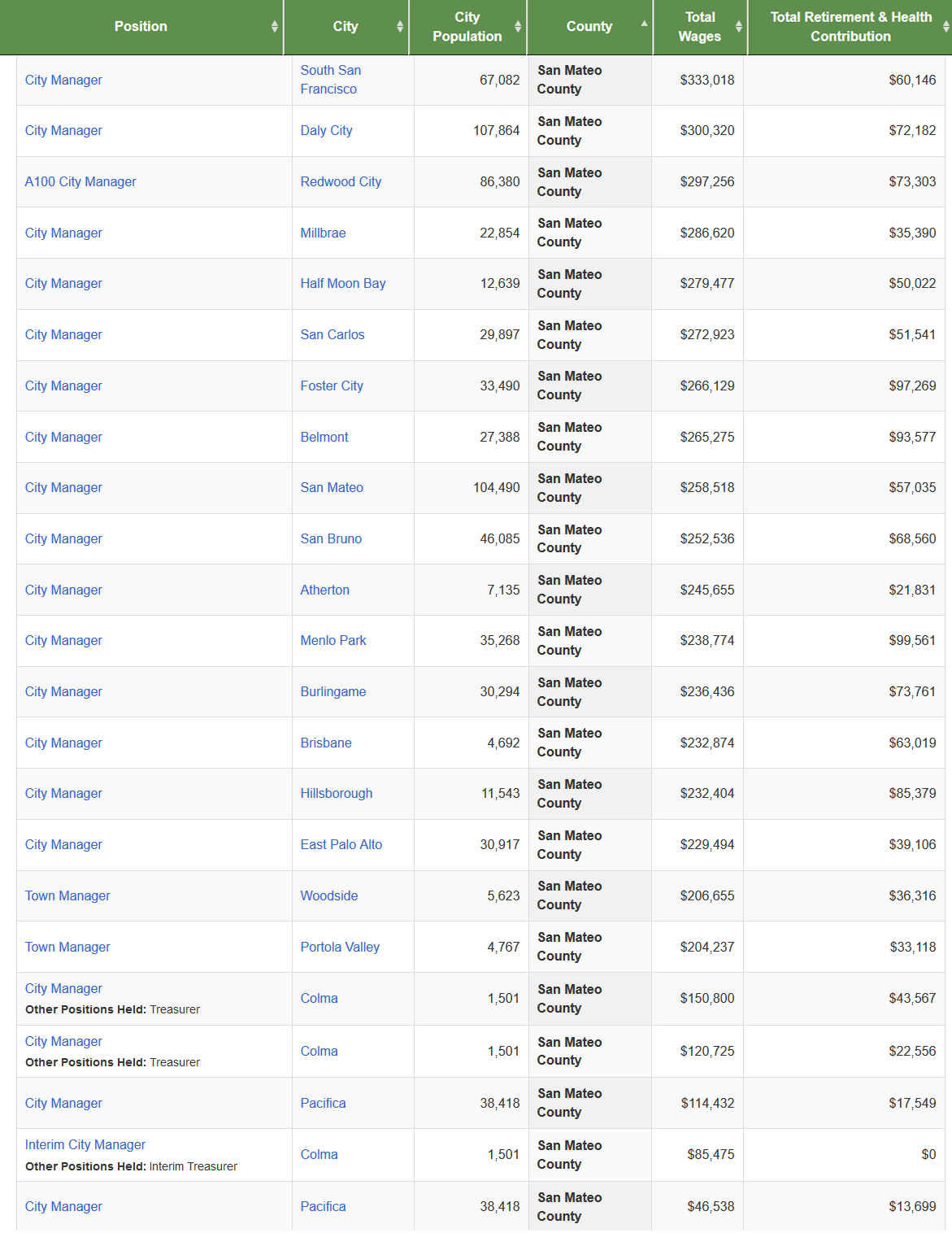