After San Mateo County passed a new ordinance in February requiring the safe storage of firearms in homes in unincorporated areas, Redwood City is considering a similar law.

According to the County’s new ordinance, guns stored in homes in unincorporated areas must be kept in a locked container or disabled with a trigger lock. Lost or stolen firearms must be reported by their owners to law enforcement within five days of their knowing that the firearms are missing. Failing to do so could lead to prosecution for violating the locked container provision.

The consequences for failing to safely store firearms in homes is up to six months in County Jail and a fine of up to $1,000.

When the County Supervisors adopted the safe storage ordinance, they hoped it would serve as a model that all 20 cities in the county would also adopt, Supervisor David Pine stated in a letter to Redwood City Mayor Ian Bain (see full letter below). Recently, San Carlos introduced a nearly identical ordinance. Fourteen other California jurisdictions have adopted similar ordinances, Pine said.

“The County ordinance goes further than state law by requiring gun owners to actually use those safety devices when storing a firearm at home,” Pine said. “The ordinance fills an important gap in existing law and aims to reduce accidental gun shootings, gun-related homicides and suicides, and the theft of unsecured firearms.” 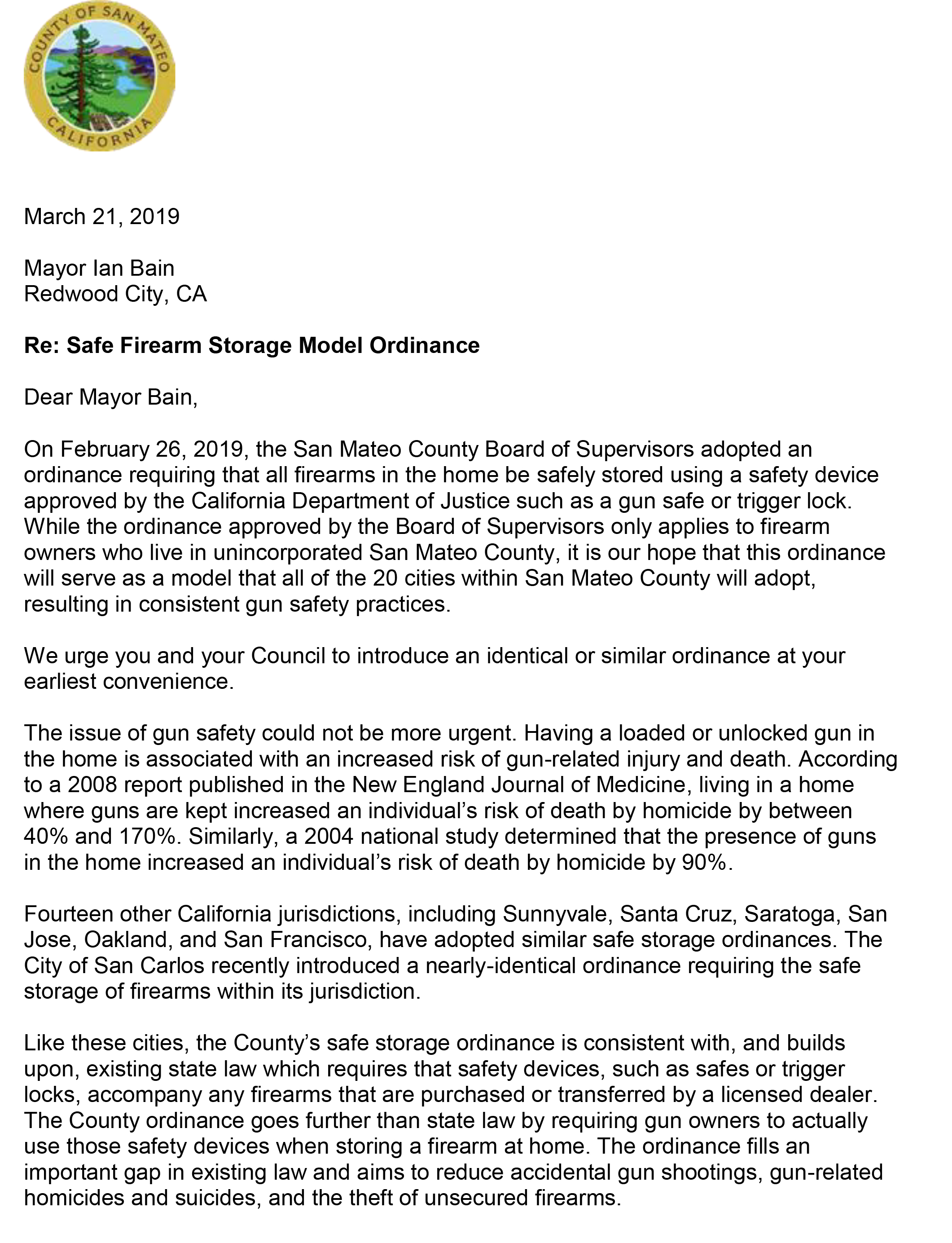 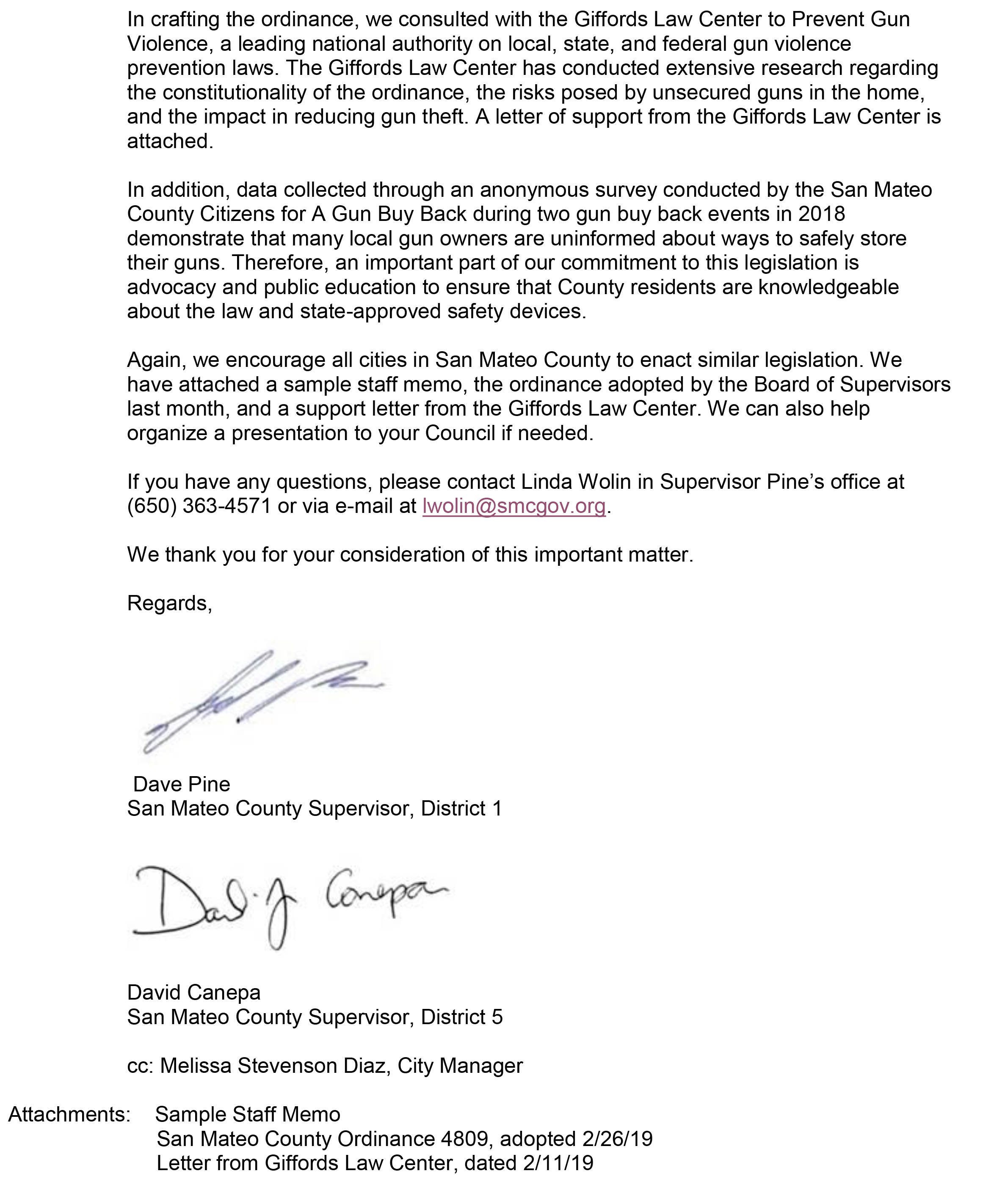