The San Mateo County Sheriff’s Office was investigating a homicide early Tuesday after a body was found in the area of Skyline Boulevard north of Reid’s Roost Road.

The sheriff”s office published the above photo from the crime scene at about 8:50 a.m. and warned drivers to avoid the area, as the roadway was temporarily closed in both directions for the investigation. Authorities were canvassing the area for a suspect, but no arrests have yet been made.

The body of a male victim was discovered by a deputy responding to an unrelated, non-emergency call at 11:09 p.m., Sheriff’s Office Lt. Stephanie Josephson said. Further details weren’t immediately known. 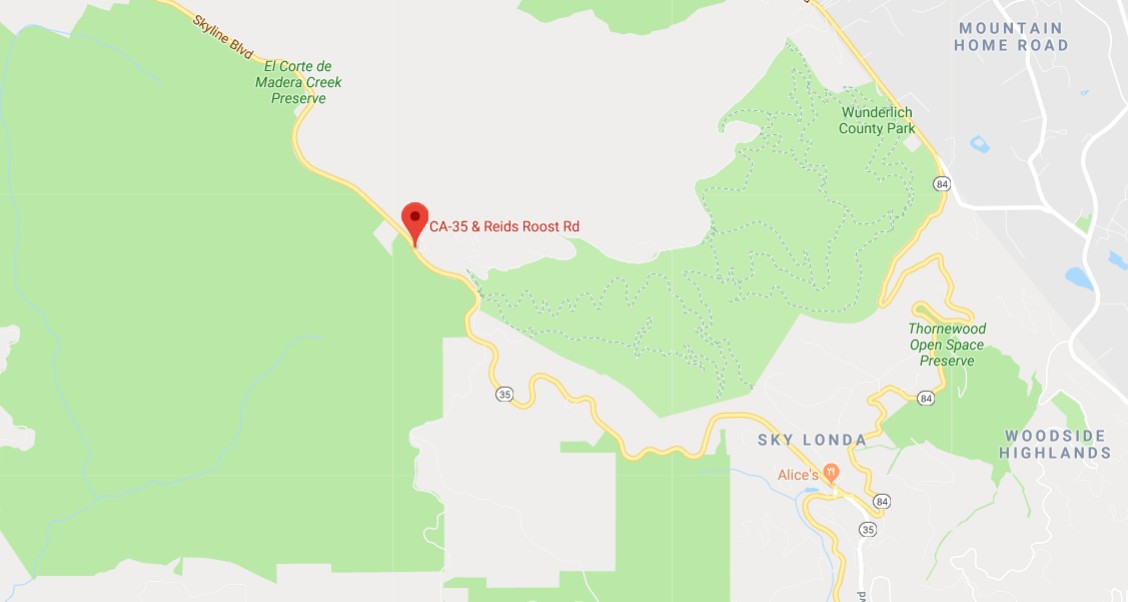 Anders Fung, a Millbrae councilmember, is calling for a stop to “senseless
Redwood City officials said Wednesday they’re actively addressing traffic violations, property damage
Traffic operations in San Carlos and Belmont on Wednesday and Thursday last
Thomas Hemmenway, a 63-year-old registered sex offender, has been arrested on charges
No charges will be filed against boxing legend Mike Tyson for allegedly
Go to Top