It was a heroic action amid a tragedy.

That day, 18-year-old Naphtali Moimoi, a football star from Hayward, was boogie-boarding when he went underneath a wave and the board surfaced without him, according to the sheriff’s office.

Two of the teen’s friends rushed into the water but were unable to reach Moimoi, and one of those friends was also pulled into the rip current undertow, according to the report.

Abbey saw the distressed teen struggling and jumped into the water.

“Andrew maneuvered behind the teen, placed him in a lifesaving position and rescued him as Andrew brought him to shore,” according to the sheriff’s office. “Due to his quick actions, without regard for his own safety, Andrew was able to save the young man’s life.”

Abbey, a Belmont native, is currently a freshman on the Men’s Track & Field team at Menlo College in Atherton. 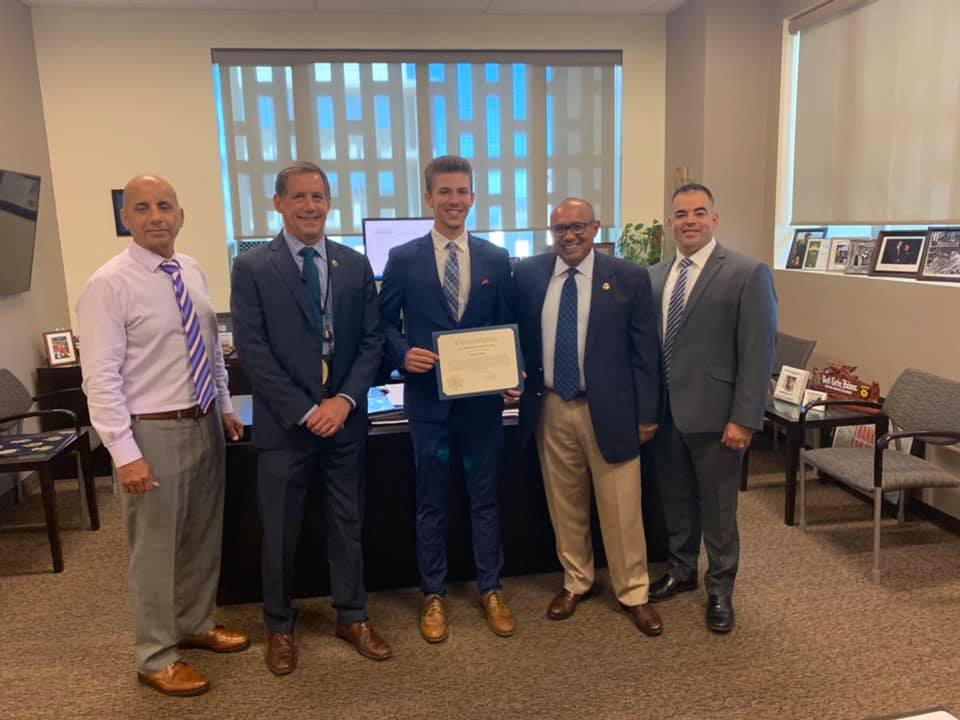