A driver who was pulled over for speeding in North Fair Oaks Thursday morning was arrested on numerous charges including possession of a loaded handgun, stun gun, dagger, drugs and other weapons, according to the San Mateo County Sheriff’s Office.

“Speeding is not only dangerous, but it also draws attention to yourself,” the sheriff’s office stated about the bust, which occurred at about 11:10 a.m. in the parking lot of the Marshall’s at 2545 El Camino Real.

The driver, Hector Gonzalez, 25, of Moss Beach, falsely identified himself, and sheriff’s deputies eventually learned he had two outstanding felony arrest warrants for drug-related charges. A search by deputies uncovered “a lot more than just an illegal amount of marijuana” and cocaine, deputies said. 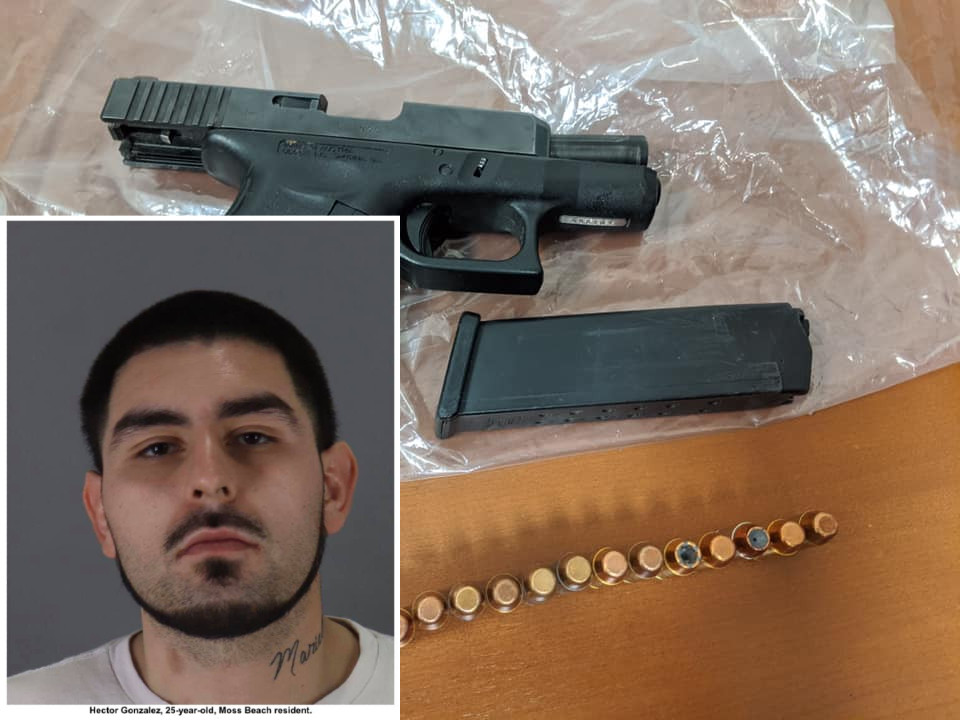