Dozens of people rallied at Sequoia Station in Redwood City Tuesday to call for the impeachment and removal of U.S. President Donald Trump.

Holding up protest signs such as, “Our country is better than this,” “Defend Democracy, Impeach + Convict” and “Not Above the Law,” the peaceful protest near Old Navy was one of over 600 demonstrations held in cities across the nation in advance of the full U.S. House of Representatives vote on whether to impeach the president.

Nancy Goodban, who coordinated the Redwood City rally, said about 150 people signed up to protest at Sequoia Station, and estimated about 170 would come as some joined the rally without pre-registering. Our reporter who attended the rally says her estimates appeared accurate. The nationwide demonstrations were organized by MoveOn.org and other groups.

“It’s a serious time right now and it’s not anything to joke or laugh about that they are considering impeachment,” Goodban said. “Nobody is above the law, that’s our point. I wish it didn’t have to come to that, but it has.”

Only one Trump supporter appeared to have attended the roughly one-hour-long rally, but didn’t stay long. While the majority of motorists passing through the intersection of Jefferson Avenue and El Camino Real honked in support of the demonstration, there were some dissenters. Some shouted, “Focus on the real issues” and “Democrats must concede.” One person in a car that passed by the protest three times declared, “Trump 2020!”

Today, the full House of Representatives is expected to vote on whether the president should be impeached on charges of abuse of power and obstruction of Congress. Democrats charge that President Trump pressured Urkaine to investigate his political opponent, former Vice President Joe Biden, and Biden’s son, Hunter, while withholding Congressionally approved military aid to that nation. The president and fellow Republicans insist he’s done nothing wrong and call impeachment efforts a partisan witch hunt.

Editor’s Note: The story has been updated to clarify Nancy Goodban’s statement on attendance estimates at the rally. While the initial report stated Goodban estimated 170 came to the rally, she in fact told us that she thought 170 would come. A final estimated attendance figure wasn’t immediately known, but our reporter at the scene indicates Goodban’s estimates were roughly correct. 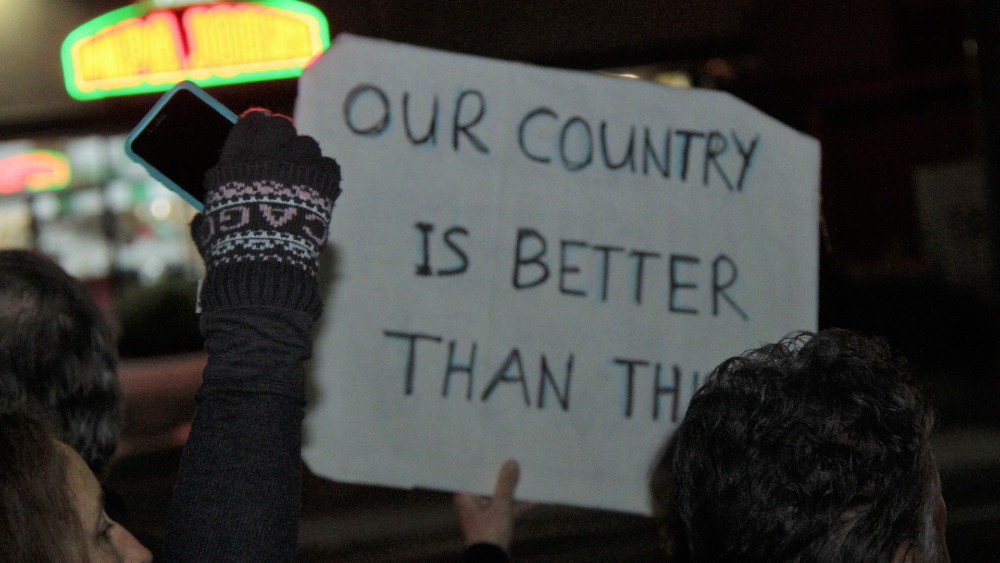 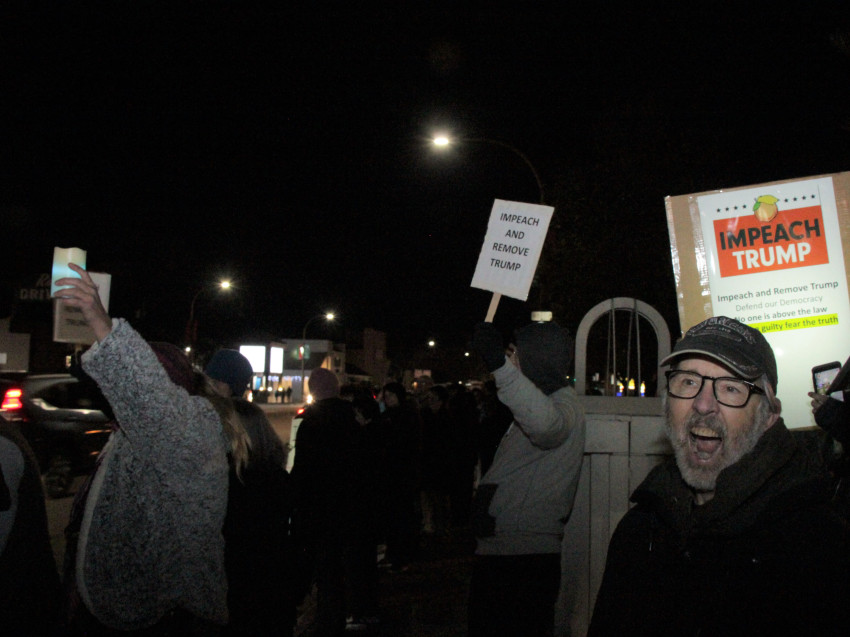 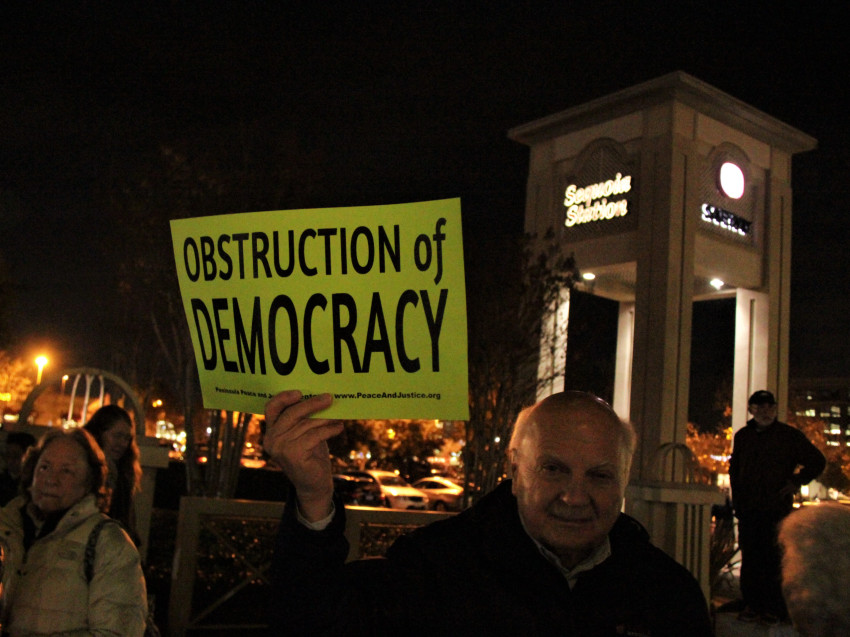 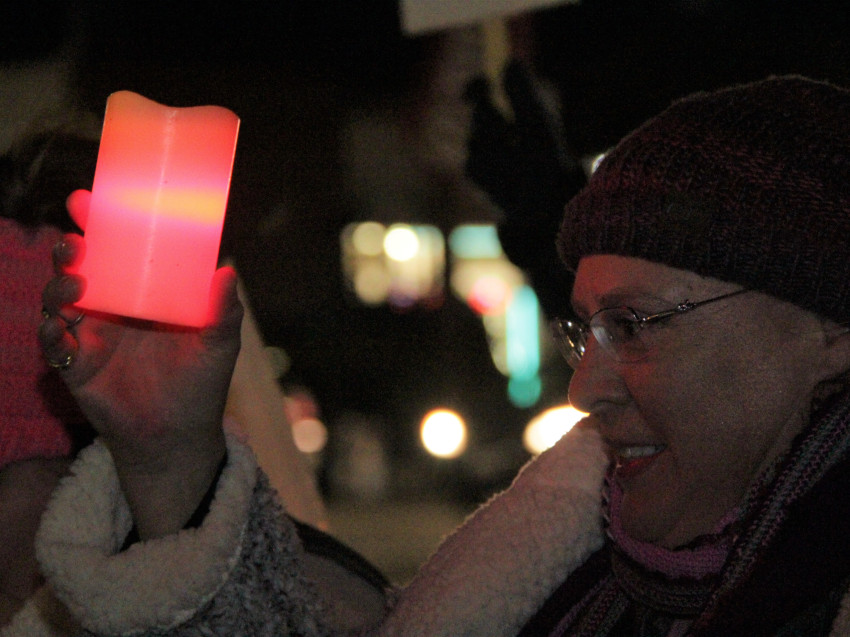 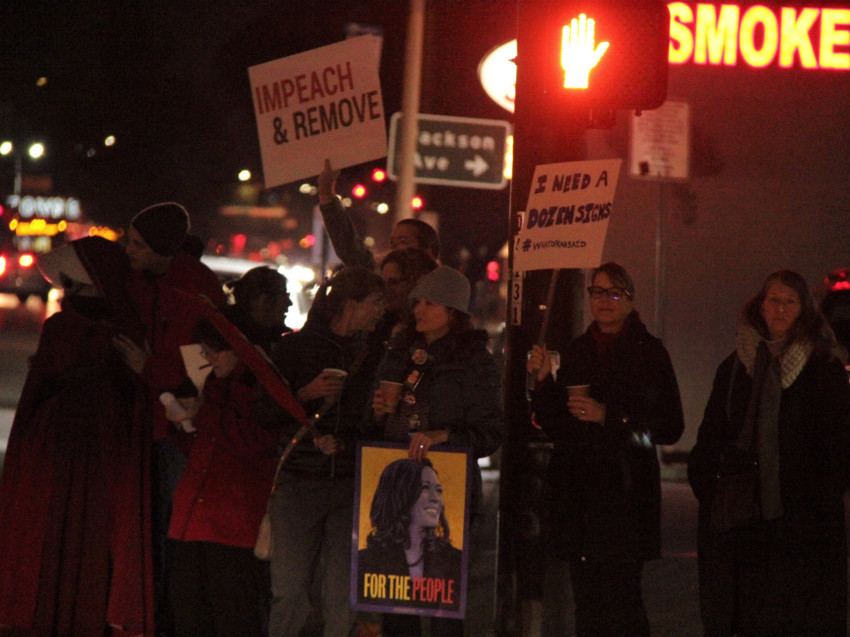 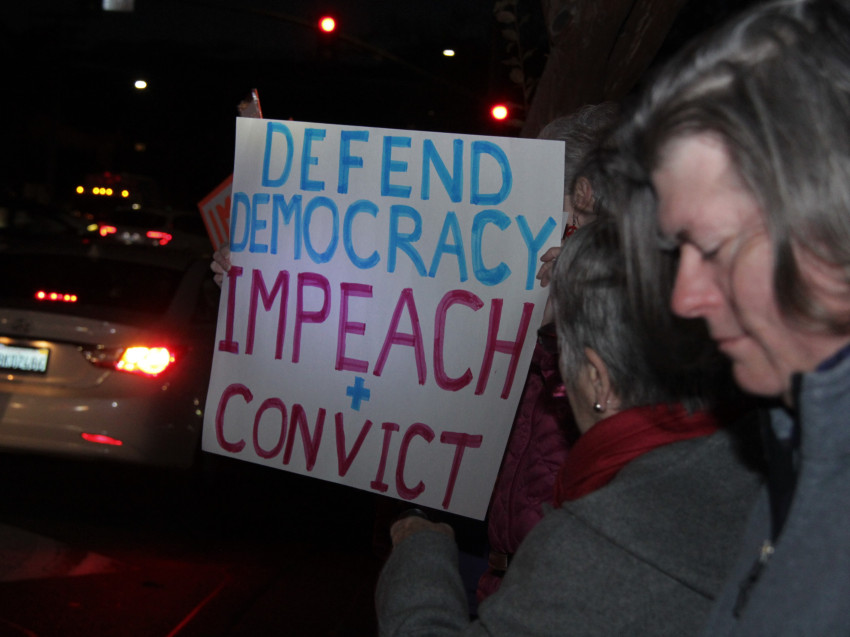