The Centers for Disease Control and Prevention (CDC) is screening passengers at San Francisco International Airport (SFO) who are arriving from Wuhan, China, for the new strain of coronavirus.

“This includes passengers on nonstop flights from Wuhan, and connecting passengers whose travel started in Wuhan,” airport officials said. “Screening will happen inside the Customs facility at SFO.”

In China, 26 people have died and over 800 sickened with confirmed cases, which are spreading to other countries. As of Friday morning, there were two confirmed cases in the U.S. — a man in Washington and a woman in Chicago, both of whom were recently in Wuhan, according to ABC News. Dozens of unconfirmed cases are under investigation in 22 states. This map by John Hopkins University is tracking its spread.

The CDC is tracking the matter here.

Patients confirmed with the illness have reportedly had mild to severe respiratory illness, with symptoms that include fever, cough and shortness of breath, according to the CDC. At this time, health officials believe symptoms appear in as few as two days and as long as 14 days after exposure. 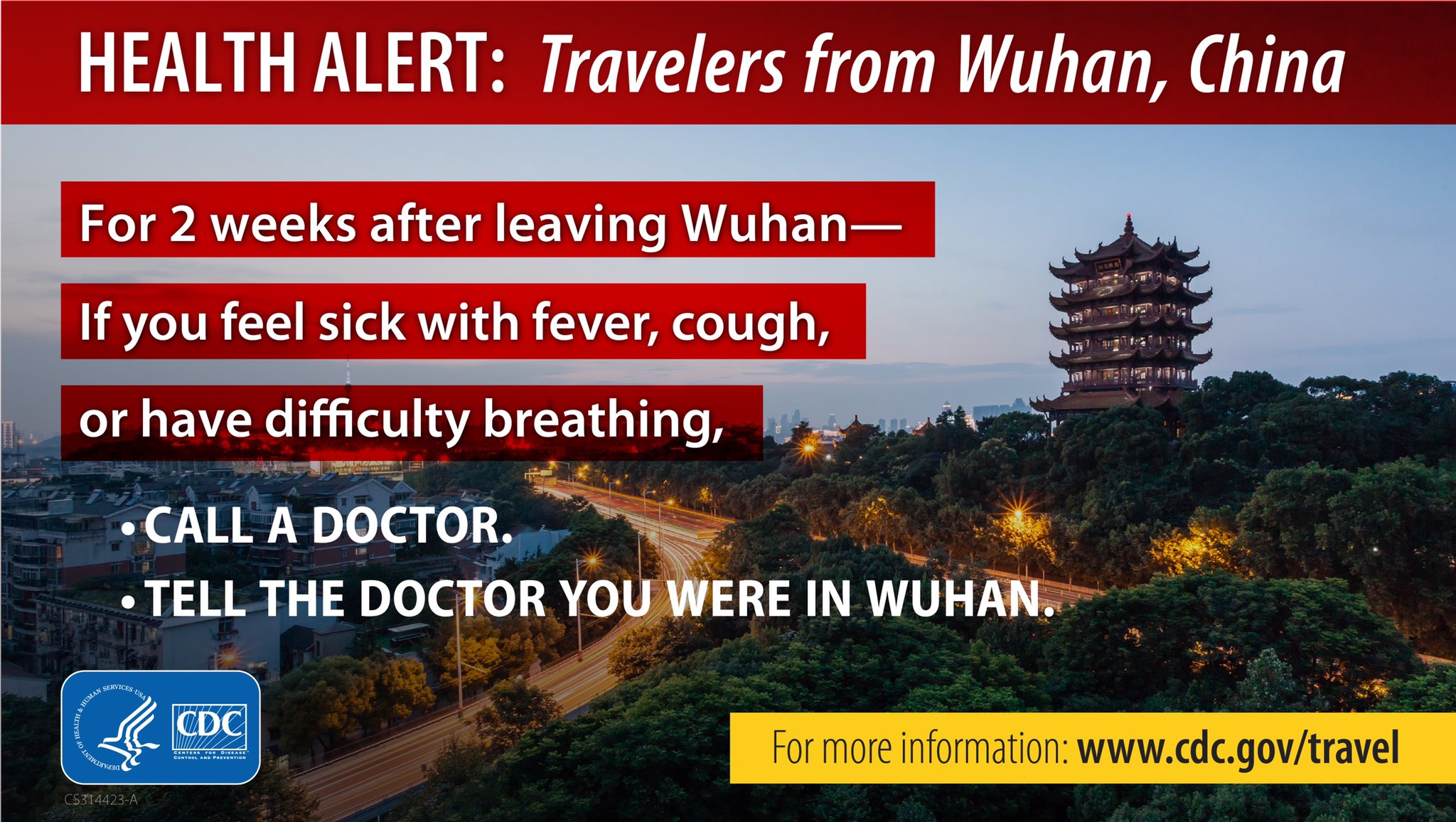