The newly rebuilt Lower Crystal Springs Dam Bridge, which opened last year following a nine-year construction closure, will be closed to cars during weekdays from Feb. 10 to April 3 for dam upgrades, according to the San Francisco Public Utilities Commission.

During the construction period, the bridge will reopen to vehicular traffic on Saturdays at sunrise and close at sunset on Sundays and during holidays. Throughout construction, the trail will remain open for hikers and cyclists, but they should expect delays of about 15 minutes as crews direct trail traffic around construction activities, which include use of a crane, according to the commission.

During the closure, crews will conduct minor work to repair damage caused by water ponding on top of the dam, and to fill a gap in the dam parapet wall.

In 2011, the commission launched the Hetch Hetchy Water System Improvement Program to renovate the dam and rebuild the 1920s-era bridge near the Sawyer Camp Trail, a project that received ample criticism over its nine-year duration. The bridge reopened to traffic early last year. 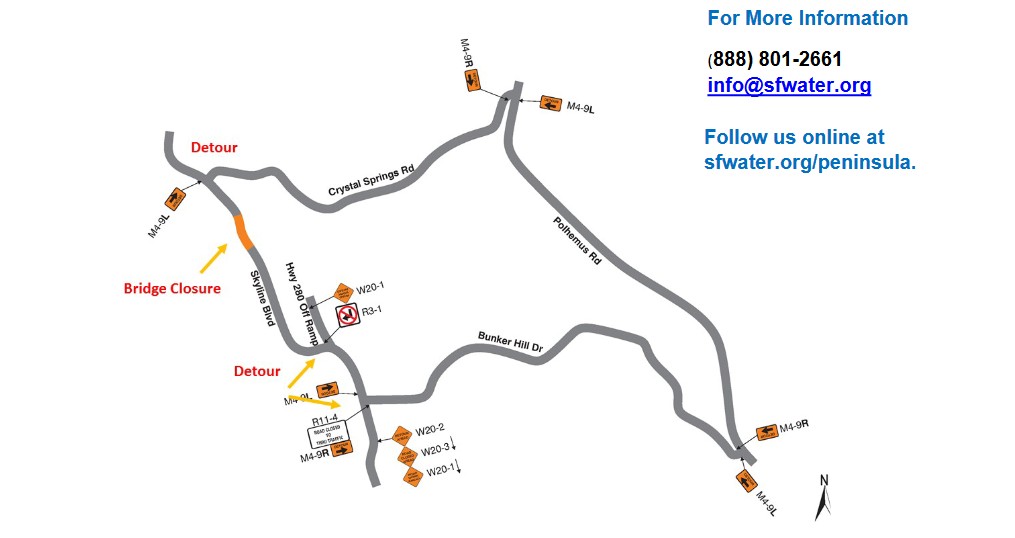