UPDATE: The ribbon cutting ceremony on March 9 has been postponed by the County due to projected inclement weather.

The nearly-finished animal shelter at Coyote Point is planning a ribbon-cutting ceremony soon.

A ceremony had been planned for this Monday, March 9, but was postponed due to “projected inclement weather,” County spokesperson Michelle Durand said in an email. “We will alert you when a new date is selected.”

Construction remains underway at the center at 12 Airport Blvd. in San Mateo. Final completion is set for June. This month, the County expects to receive a temporary certificate of occupancy to operate in the facility while construction finishes up.

The project, which was slated to cost roughly $20 million, broke ground in October 2017. It aims to modernize the shelter first constructed in 1952. The new facility will take up about 40,000 square feet, including kennels. It will be designed to house large animals such as horses as well as cats, dogs, birds, reptiles and small animals, the County stated during the groundbreaking event.

On social media last month, the County released a video aerial tour of the construction progress:

Before the project’s 2017 groundbreaking, a San Mateo County grand jury raised issues about the aging shelter. At the time, the nonprofit Peninsula Humane Society & SPCA, which operates the shelter in partnership with the county, faced scrutiny in the local news media over shelter conditions. A subsequent inspection found that animals appeared well cared for. But the grand jury report identified some problems. The problems included “roof issues, insufficient ventilation, seasonal flooding in the parking lot, and outdated plumbing and electrical systems,” the report stated. Also, dog barking was clearly audible in the cat wards, stressing out the cats. And multiple species were housed in the exotic animal room, presenting challenges for maintaining appropriate temperatures, humidity, sanitation, and disease prevention, the report said. 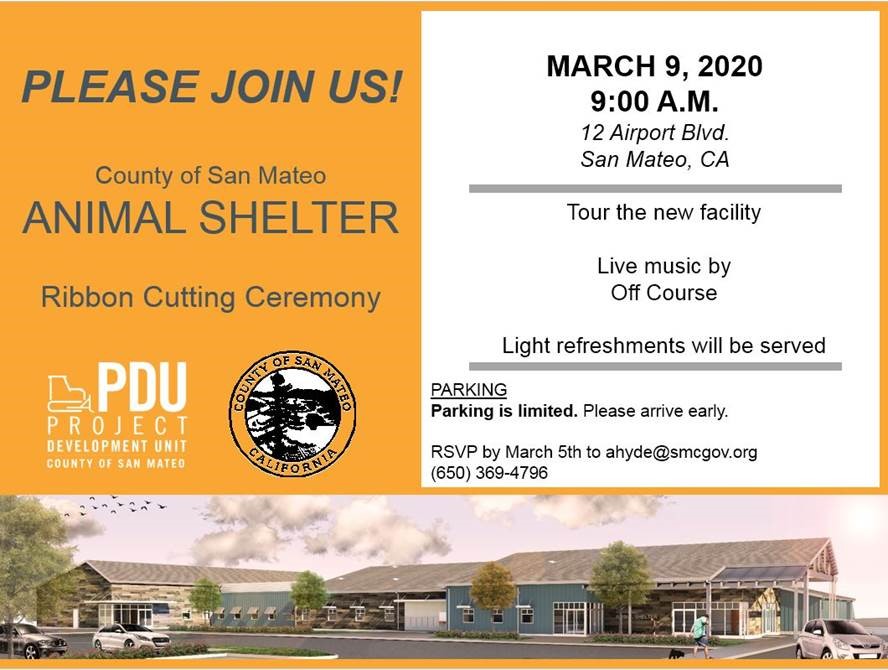