San Mateo police seized multiple firearms from the home of a man arrested on suspicion of violently attacking his partner Tuesday.

At about 5:40 p.m. Tuesday, police responded to the 4000 block of Martin Drive on a report of a domestic violence in progress. Officers said the suspect had allegedly beaten and strangled the victim, who fled to a neighbor’s home for safety, police said. Officers subsequently located the suspect, James Sibbert, at a nearby park, where he was “intoxicated and driving his vehicle,” police said. Officers subsequently seized six firearms at Sibbert’s home “subsequent to procedures set forth in domestic violence deadly weapon seizure laws,” police said.

On Wednesday, Sibbert, 54, of San Mateo, pleaded not guilty to several misdemeanor domestic violence and DUI charges, according to the San Mateo County District Attorney’s Office. 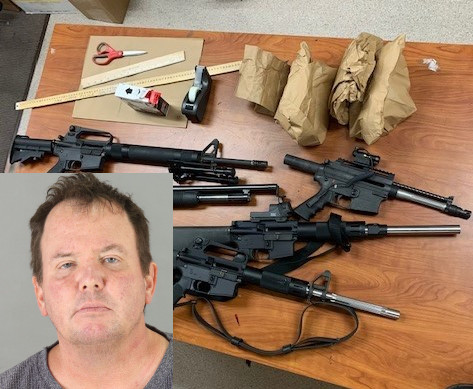 The victim and a neighbor say Sibbert has attacked the victim on prior occasions, prosecutors said. The couple, who have lived together for 11 years, began drinking on Tuesday at 9 a.m. The alleged domestic violence incident occurred later in the afternoon following a verbal argument over finances and personal issues, according to prosecutors. The victim’s injuries included bruising on her forehead and soreness on her neck and throat.

Sibbert, who remains in custody on $25,000 bail, is next expected to appear for a judge for a jury trial scheduled for June 8.

Anders Fung, a Millbrae councilmember, is calling for a stop to “senseless
Redwood City officials said Wednesday they’re actively addressing traffic violations, property damage
Traffic operations in San Carlos and Belmont on Wednesday and Thursday last
Thomas Hemmenway, a 63-year-old registered sex offender, has been arrested on charges
No charges will be filed against boxing legend Mike Tyson for allegedly
Go to Top