A San Mateo police officer was celebrated by family, friends and colleagues today upon his return to work from a major car accident nearly two years ago, according to police.

Officer Carlos Basurto was on his way home from work when the accident occurred. The crash caused him to lose a portion of his left leg. His climb back to working form was a long and difficult journey, police said in a Facebook post.

“After numerous surgeries, a prosthetic, and putting in the work, today, he returns to full duty,” police said.

After being welcomed back, Basurto went on to attend his morning team briefing, then spent the first few hours of his shift with his field training officer, who happens to be his police detective brother.

“We are in awe of the strength and dedication Carlos and his family have shown throughout this ordeal,” police said. “His motivation to return to active status was supported by his co-workers and family, who never wavered in their belief he would get back to work. And, here we are!” 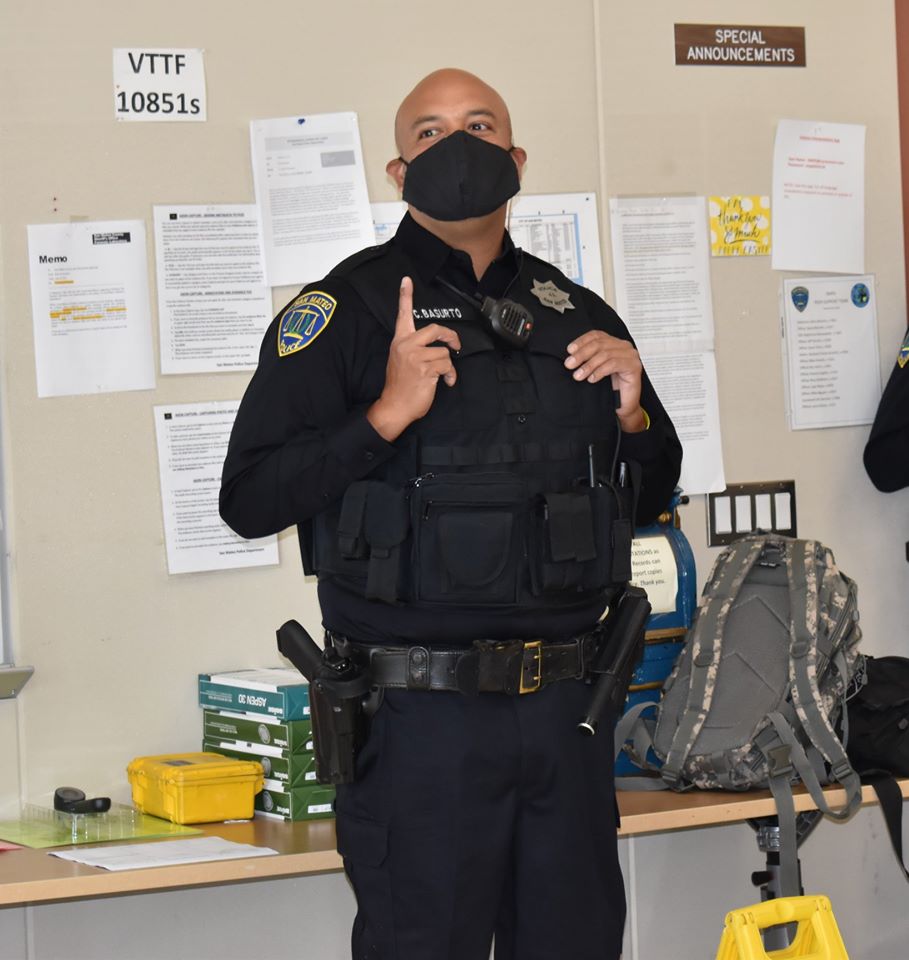