Organizers behind a planned protest in Redwood City today are calling for a peaceful demonstration, saying efforts to demand justice and change in the wake of George Floyd’s death would be drowned out by violence and looting.

The protest is set to begin at 4 p.m. today at Courthouse Square and will feature a number of speakers including Redwood City Planning Commissioner Michael Smith and community advocate Isaac Whiting, among others, according to Tyson Fraley, 21, a Fair Oaks resident who attended Sequoia High, is active in civic organizations and is helping to organize the demonstration. Mayor Diane Howard and Councilmember Giselle Hale are also expected to attend.

The group plans to hold both a demonstration today and, if all remains peaceful, a march as well. If anyone show up to attempt to hijack the affair, Fraley said, the protest will remain at the square.

The original flyer for the event was altered by outside agitators to promote looting of businesses, Fraley said. He added the event’s original flyer mis-communicated the protest’s intention by requesting that demonstrators not turn their anger on small businesses. Organizers did not intend to indicate that big businesses should then be targeted, he said.

Rumors of possible looting prompted concern in the community and the boarding up of downtown businesses. The intention of this protest is to be peaceful, and organizers have been communicating with the city leaders, such as Councilmembers Giselle Hale and Alicia Aguirre, to ensure that voices demanding justice be heard.

In a statement, the city said the Redwood City Police Department will have a strong presence at the event. Mayor Howard said her city has a “long history of peaceful and respectful protests” and expects today’s demonstration “to be no different.”

The protest’s organizer echoed the mayor’s sentiment. Fraley said violence and looting is often carried out by “white kids fighting capitalism” and only hurts the movement by putting the lives of peaceful protesters, including black lives, in potentially deadly confrontations with police.

“It undermines the movement and gives people who are racists a reason to say this isn’t legitimate,” Fraley said. “We’re trying to rescue this nation from the cliff, not push it off.”

Josue and Gilbert Medrano, who organized a protest in recent years to denounce President Trump’s policies, said they want a platform for community members in the city who want justice for police violence against unarmed men, including black men.

“We want to give our black community a way to feel safe, a way for them to talk to our community,” Josue said. “And we feel like the politicians in our city might lend an ear.”

Gilbert Medrano added the opportunity to provide a voice for younger generations to speak their minds on the future they’d like to see.

“Everybody should have a right to protest, gather, to be there,” he said.

All photos credited to Abby Alberti 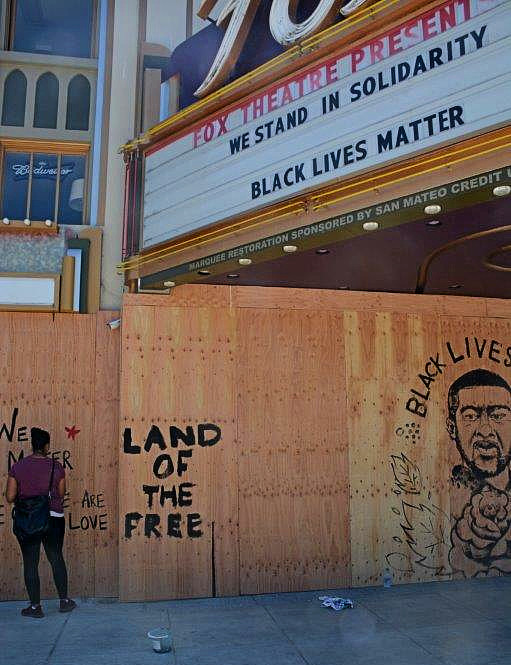 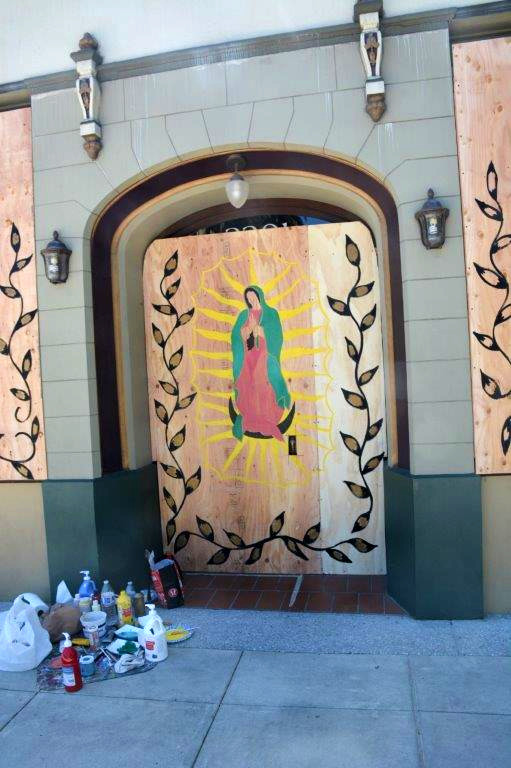 A gun buyback event is scheduled to take place at 1000 Skyway
By Susan Jenkins Every Thanksgiving, my family traveled to my grandparents’ small
Every year, retired newspaperman Bill Shilstone tells himself the same thing. “I
Planning Commissioner Chris Sturken has won the Redwood City Council District 2
Hillsdale Shopping Center kicked off the holiday season with its annual tree
Go to Top