A candlelight vigil planned for slain U.S. Army soldier Vanessa Guillen in Redwood City this Sunday is part of a national movement demanding justice for Guillen and changes in how the military handles sexual assault and harassment cases.

Organizers say the peaceful event will take place from 5 p.m. to 8 p.m. at Redwood City Courthouse Square, 2200 Broadway. Participants must wear a face covering and are encouraged to bring water and a candle for the altar. The event will include several performers and presenters.

Guillen, 20, who worked as a small arms repairer with the 3rd Cavalry Regiment, was last seen at the Fort Hood military base in Texas on April 22. Her remains were found June 30 buried about 20 miles from the base. Authorities believe Guillen was murdered by fellow Fort Hood soldier Aaron Robinson, who shot and killed himself when confronted by investigators. From the time Guillen went missing, her family expressed frustration at the Army’s handling of the investigation. Protesters are calling for a congressional investigation into Guillen’s murder and are demanding cultural changes in the military to halt sexual abuse. 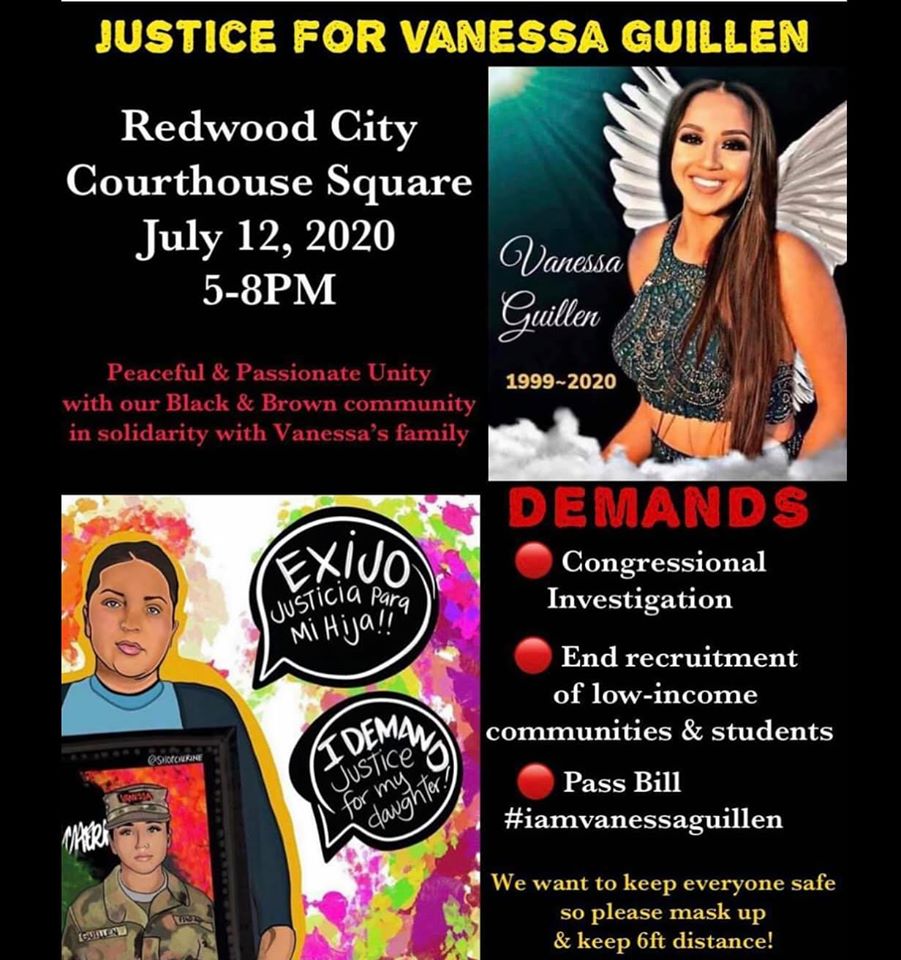