The City Council of Redwood City on Monday formally pledged in a resolution that Black Lives Matter and launched a public process to erect a monument reflecting the city’s commitment to racial equity.

The unanimous approval follows the city’s controversial decision last month to remove a Black Lives Matter street mural on Broadway. A resident had received approval by the city in early July to paint Black Lives Matter in large yellow letters on the street. The city removed it about two weeks later, saying the mural was meant to be temporary. But many in the community believe the mural’s removal was in response to pressure from a local real estate attorney who requested the right to paint MAGA 2020 on the same street.

Soon after, Redwood City Councilmember Giselle Hale set a public process in motion by asking Council to approve a resolution declaring that Black Lives Matter and to launch a formal process to erect a related monument.

City staff, in concert with the city’s Art Commission, will formulate a plan for the mural or monument via a community engagement process, according to the city. After agreeing on a proposal, the Art Commission will make a recommendation to the Council for final approval.

Meanwhile, the approved resolution reiterates previous commitments by the city, including the review and possible changing of police use of force tactics and the increased frequency of training on racial and cultural diversity.

“There is no question, Black Lives Matter in Redwood City,” Hale said during Monday’s council meeting, adding, “My hope is we can find an appropriate verbal and visual expression for our council support for our Black residents and communities of color.”

Added Councilmember Ian Bain, “We have a great Arts Commission. I believe they can help guide us on what we should be doing to make a statement to the community that is uplifting, thought-provoking and inspiring, but it needs to go through a public process and it needs to be very very well thought out and thoughtful.”

Bain said he wants to see a piece of art “that stands the test of time.”

“We are a city that’s a welcoming city,” Councilmember Alicia Aguirre said, adding she looks forward to an opportunity for ample community input on the artwork. “When we don’t say anything, we say a lot.”

During public comment Monday, community members expressed support for a monument, but several said it doesn’t do enough to satisfy the movement to “defund police” and to install a new, more racially just public safety model in Redwood City.

Currently, the city is hosting a series of community dialogue sessions in partnership with the Peninsula Conflict Resolution Center that aims to develop proposals to create “meaningful change in city policies, service delivery and policing.” Upcoming meetings are set to occur this Thursday (a youth-focused session); on Monday, Aug. 17; on Thursday, Aug. 27; and on Wednesday, Sept. 2. For more information on the dialogue sessions, go here. 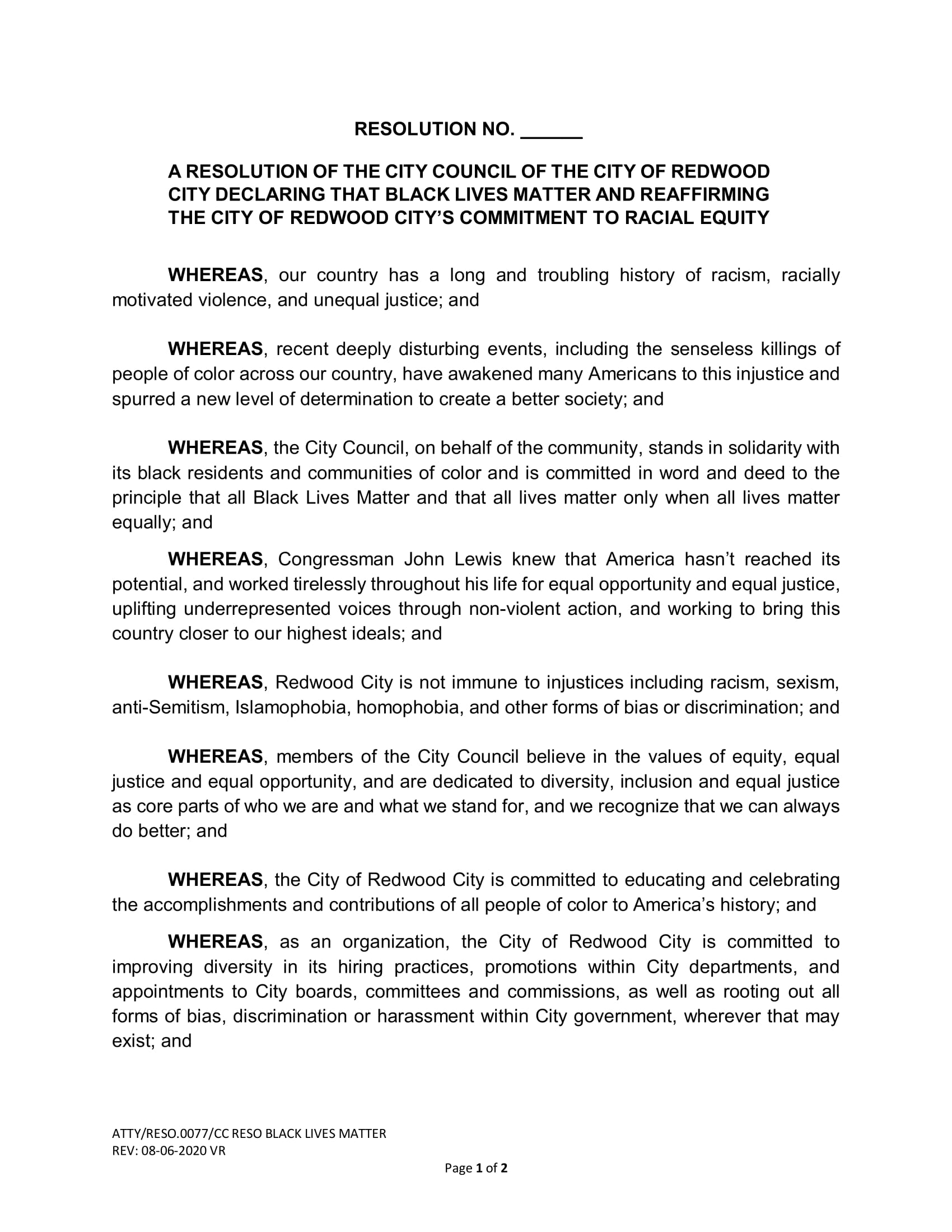 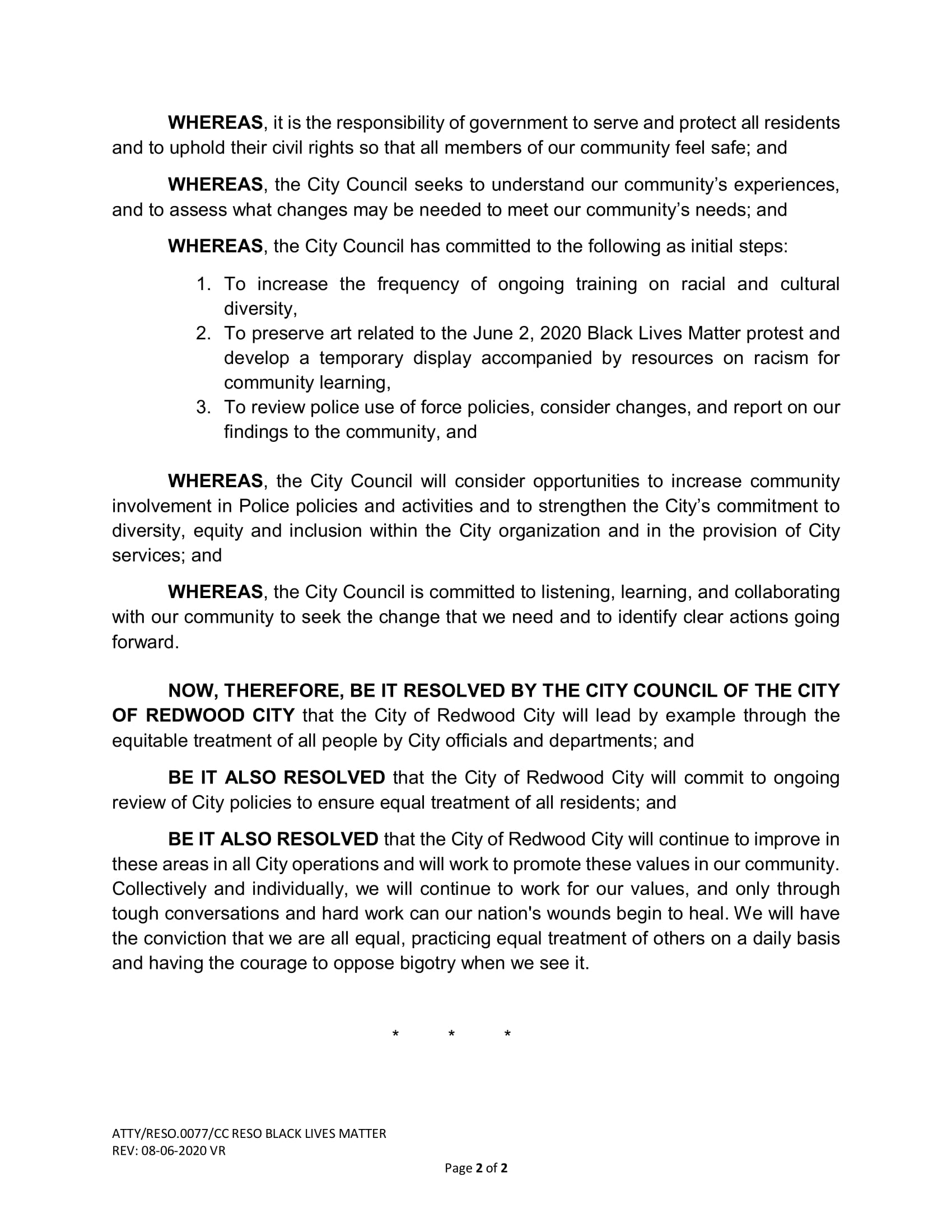