The “Mean Green Mowing Machine” not only seems fun to drive, it’s also better for the environment and far less noisy.

The new mower, which has solar panels attached to its canopy, can run a full charge for eight hours and is 70 percent more efficient than traditional combustion-powered lawn equipment and also costs 95 percent less to operate, the city said.

Neighbors will also appreciate that it is half as noisy as a traditional mower.

“This mower joins the fleet of other energy efficient equipment including several electric blowers, trimmers, chainsaws, and a walk-behind mower,” the Parks Division said. “As the Parks Division replaces older equipment, consideration is given to the environmental impact of each purchase including efficiency, emissions, noise pollution, and long-term maintenance costs.” 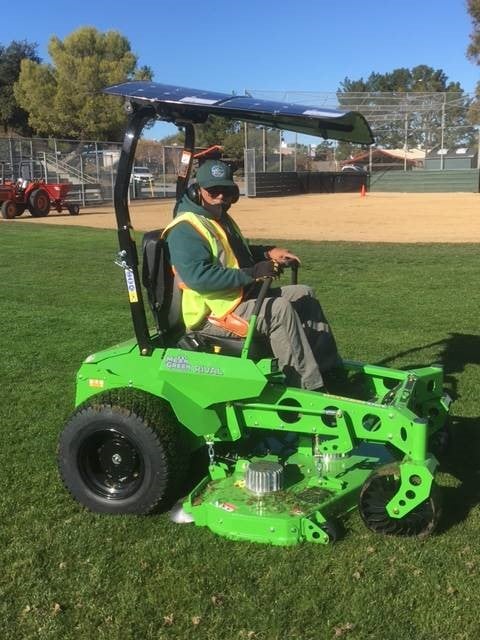