Belmont has reduced the speed on Ralston Avenue between El Camino Real and South Road from 30 mph to 25 mph, citing a higher-than-average collision rate for an area with relatively high pedestrian and cycling traffic.

The decision was based on the latest traffic survey of 33 roadway segments from January 2016 to December 2019. While the study found the city’s posted limits to be reasonable, it’s data indicated a need to lower the speed limit on that stretch of Ralston.

Signage and pavement markings were set to be changed this week.

“Belmont PD will be doing their best to be giving warnings to excessive speeders during the month of April to allow drivers to adjust to the slightly reduced speed limit,” the city said in its newsletter. 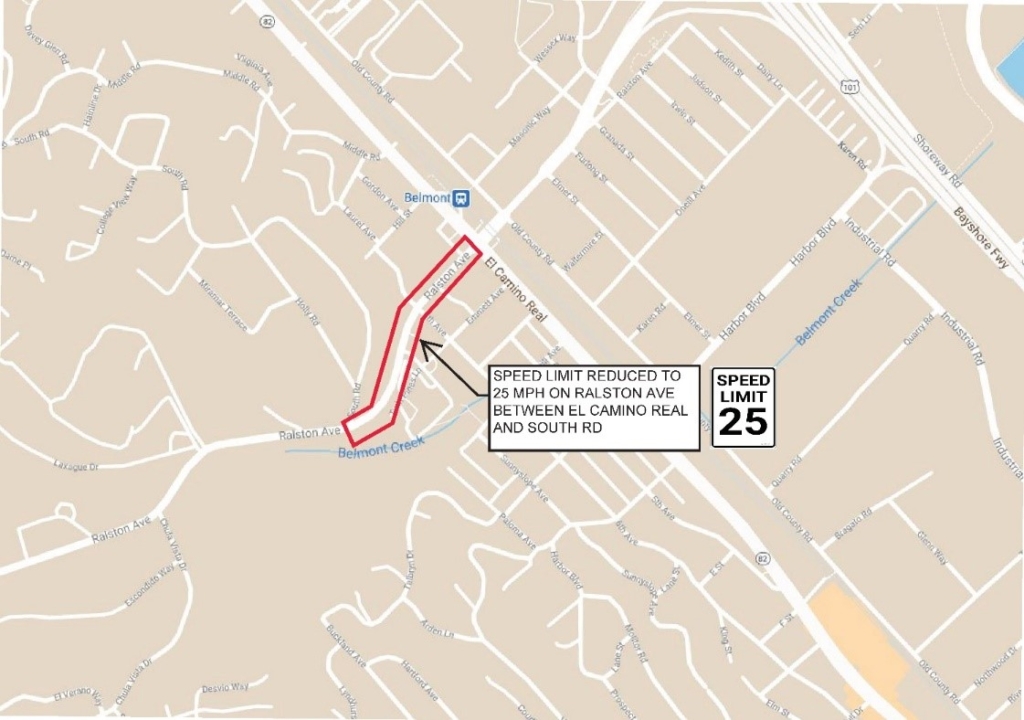