A 29-year-old San Francisco man was arrested today in connection with a non-injury shooting that occurred on northbound U.S. 101 near Marsh Road on Monday.

Derrick Roberts was booked into Solano County Jail on suspicion of attempted murder, assault with a firearm, shooting from a motor vehicle, and negligent discharge of a firearm in connection with the shooting. He is pending extradition to San Mateo County.

Roberts was identified as the shooter and arrest warrants were obtained for him. At the time of his arrest, an illegal firearm was found in his vehicle, as well as a spent casing, the CHP said. Detectives later served a search warrant at his residence in San Francisco and found three additional illegal firearms including a pistol, semi-automatic shotgun, and an AR-15 style short-barreled assault rifle with a pistol grip, the CHP said. In addition, detectives seized “several hundred rounds of ammunition, to include armor piercing rounds and extended magazines,” the CHP said.

The CHP added that Roberts confessed to the shooting to detectives.

Photos courtesy of the CHP 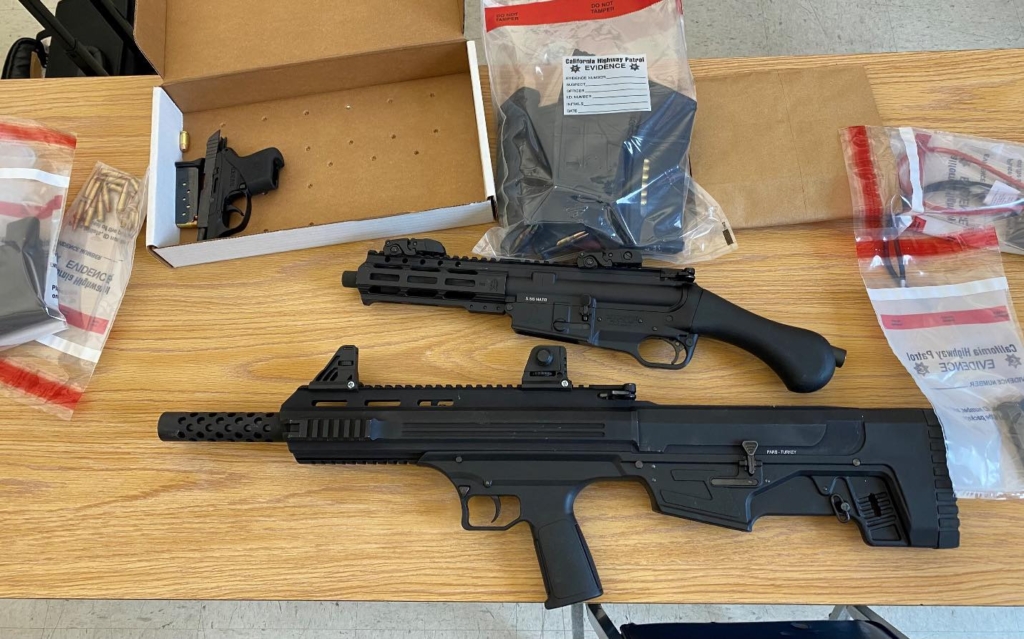 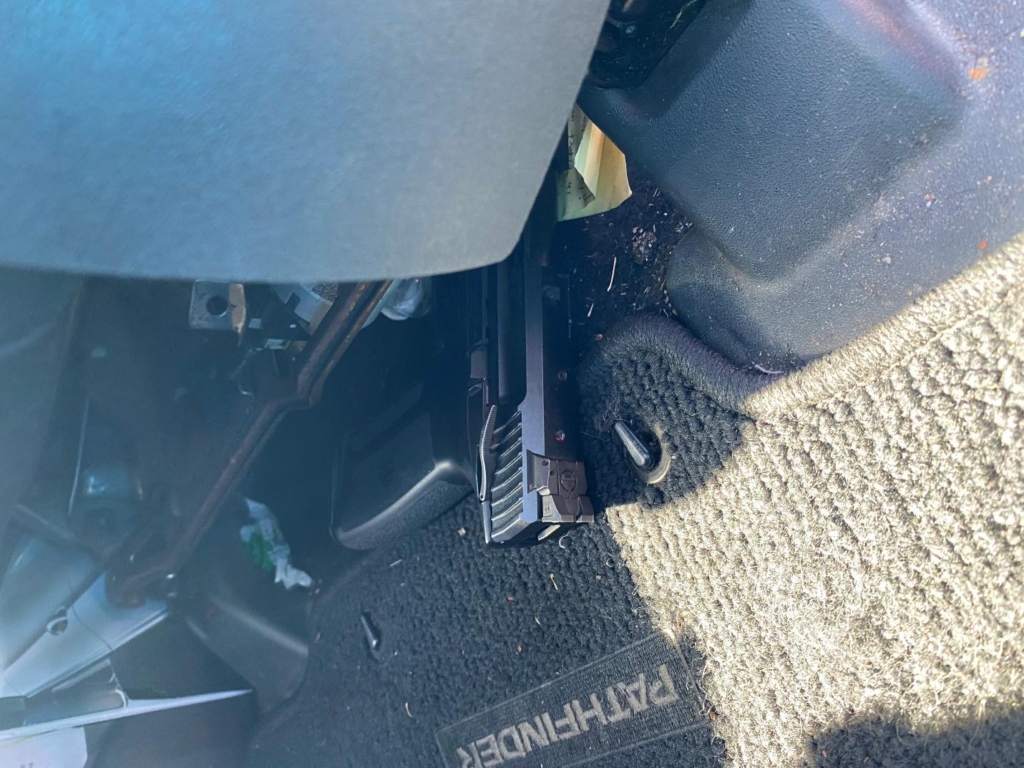