Immigrants’ rights advocates are set to rally at the Maguire Correctional Facility in Redwood City at 6 p.m. today to demand that a man in custody be released to a local mental health and substance abuse treatment facility rather than remain in the County Jail while awaiting admission to the state psychiatric hospital in Napa.

The rally is set to take place at 6 p.m. at the County Jail at 300 Bradford St., according to the San Mateo County Coalition for Immigrants Rights.

Fernando Diaz Herrera, a father suffering from mental health and substance abuse issues, was arrested in November 2019 on a felony charge for showing a fake ID to a police officer and for violating his probation for a felony stalking conviction. At the time of his arrest, Herrera had been seeking treatment at the San Mateo County Medical Center, according to the immigrants rights group.

Herrera was later found incompetent to stand trial and ordered by a judge to be sent to Napa State Hospital for treatment. But the Napa hospital has a monthslong wait list, so Herrera remains in County Jail. Immigrant rights advocates are demanding that San Mateo County District Attorney Steve Wagstaffe either drop the charges against Herrera or enable him to attend a local treatment facility. They fear that if Herrera does go to Napa State Hospital he will be reported to federal immigration authorities following his treatment.

Wagstaffe agreed that Herrera should be in a mental health treatment program rather than in County Jail, calling his situation “horrible” and emblematic of a longstanding shortage of mental health services in the state. But he says the court is following state law in Herrera’s case, which mandates that individuals who are found incompetent to stand trial be treated in a state-certified competency restoration program. Napa State Hospital is one of the few providers of the program in the state, Wagstaffe said, adding the pandemic has lengthened the wait times for admission. Statewide, roughly 1,300 individuals are in County Jails awaiting admission to state hospitals, including about 21 in San Mateo County, Wagstaffe said.

“I have personally commented to two governors in the state about needing more hospital space, or more money so the County can have competency restoration,” he said, adding that over half of those held in San Mateo County jails have diagnosable mental health issues. 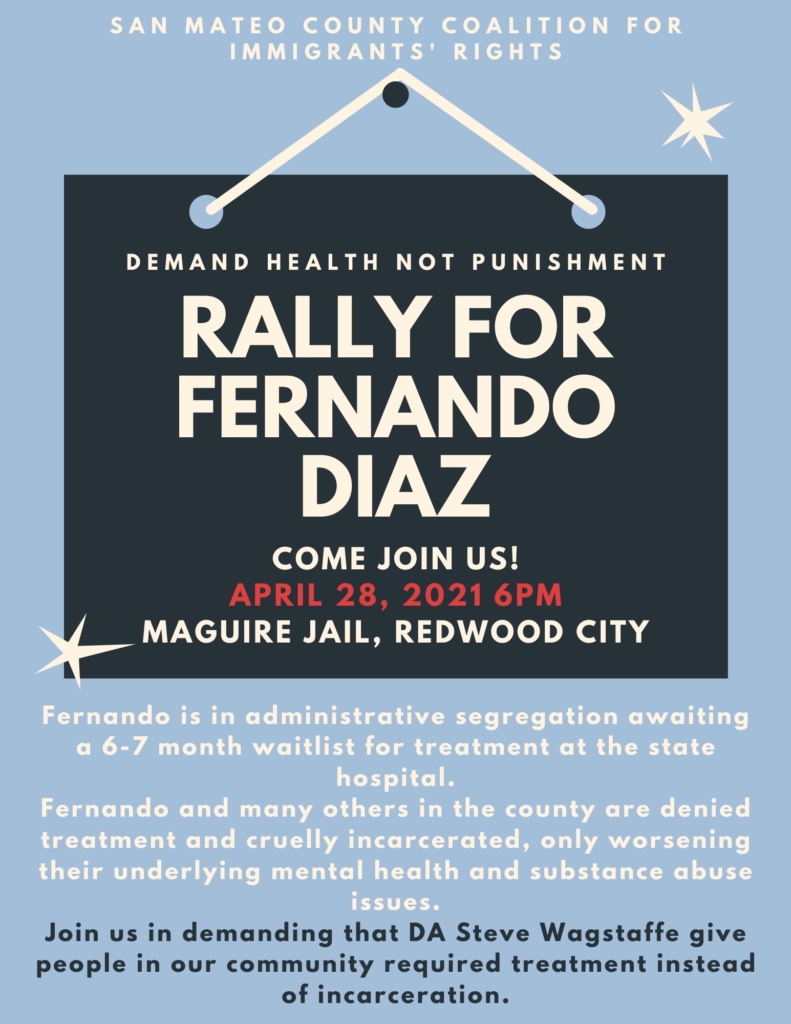