A vigilant Redwood City resident helped police arrest a suspect in the attempted theft of a catalytic converter from a neighbor’s car Monday night.

The resident reported hearing a noise coming from an underground garage in the 1400 block of Hudson Street. The resident went outside to see what was going on and saw a male and female who appeared to have propped up a neighbor’s vehicle on a jack stand, according to police. The pair fled when they realized they had been noticed, leaving their jack stand and sawzall behind, police said.

After officers arrived and began processing the scene, they located a vehicle parked nearby with the hood still warm and another sawzall on the rear floor board.  Officers also located a methamphetamine pipe and other items within the vehicle, police said.

An unmarked police unit conducted surveillance on the vehicle until a suspect arrived. The suspect, identified as Jose Romero Sanchez, was detained and found with additional burglary tools, leading to his arrest on suspicion of attempted grand theft, conspiracy, and possession of drug paraphernalia, police said.

“This scenario, and others like it, demonstrate the growing trend of catalytic converter thefts occurring in Redwood City,” police said, adding the tips in the graphic below can help prevent this type of crime.

Photo and graphic courtesy of the Redwood City Police Department 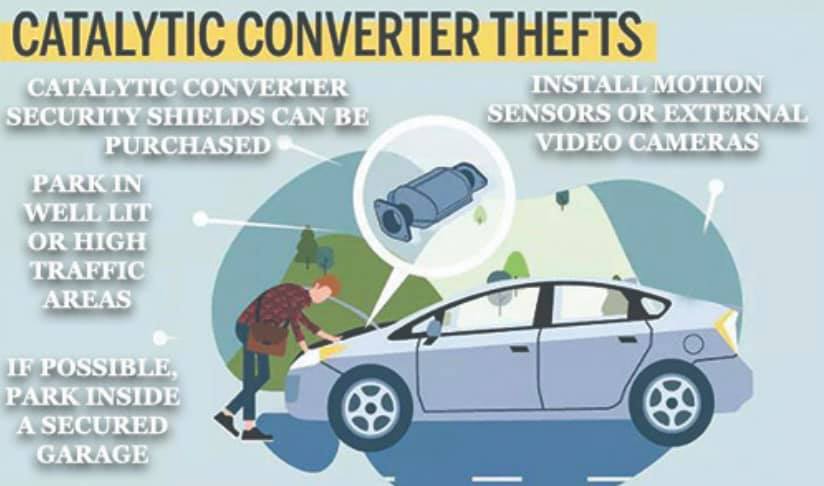