Two suspects were arrested following a pursuit that resulted in a solo-vehicle crash in Redwood City Sunday night.

A Redwood City police officer reported seeing a suspicious vehicle in the 600 block of Bair Island Road and called for backup. The officer subsequently tried to pull the vehicle over on Highway 101 south of Whipple Avenue, but the vehicle sped away southbound on the highway, police said.

The officer found the vehicle after exiting Hwy 101 at Marsh Rd. The officer saw four people fleeing from the vehicle, which had rolled over on the off ramp. Officers managed to detain two of the four suspects, including 21-year-old Jose Gonzalez who was located a short distance and also a juvenile suspect.

A search of the suspects’ vehicle uncovered a Marlin Model 9 (9mm) rifle located in the trunk, which was collected as evidence for further investigation. Gonzalez  and the juvenile suspect were arrested on a misdemeanor charge of resisting arrest; Gonzalez was booked into San Mateo County Jail and the juvenile suspect was sent to Hillcrest Juvenile Detention Center, according to RCPD.

Redwood City PD asked anyone with more information on the incident to contact the department at (650) 780-7100, or at RCPD@redwoodcity.org. 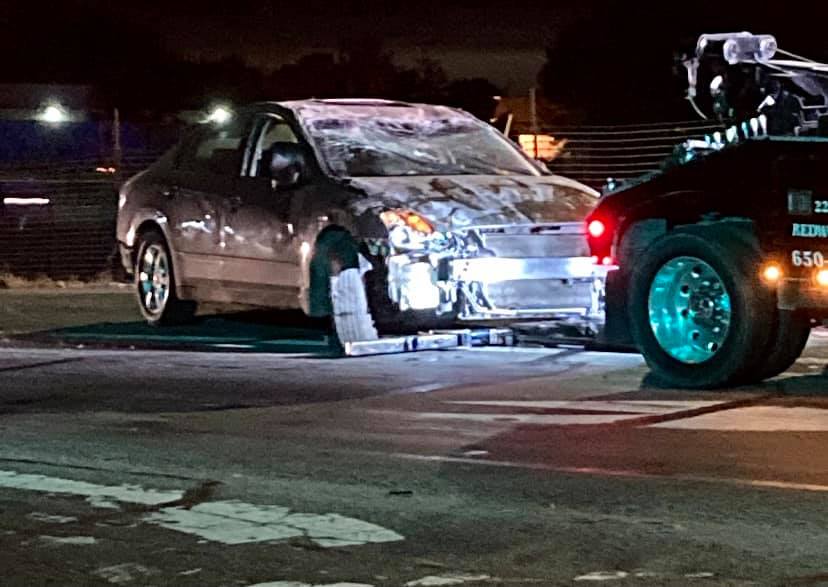