The City Council of Redwood City unanimously approved an amended land exchange agreement with the County on Monday that paves the way for construction of the Blomquist Extension and a 240-unit homeless navigation center and also sets aside over 10 acres for future waterfront park space in the city’s Inner Harbor area.

The agreement, amended in response to community opposition last year, will provide the County with a 2.5 acre parcel located at 1469 Maple St. (behind the city’s Police Department) that is currently owned by the City, and will provide the City with 2 acres of County-owned property at 1580 Maple St., the current site of a 145-bed homeless shelter.

As part of the agreement, the County plans to construct a 240-unit homeless navigation center consisting of modular homes at 1469 Maple St. by next year. County Manager Mike Callagy said the navigation center will provide individual rooms and wraparound services to persons experiencing homelessness.

The land swap involving 1580 Maple will also enable start of construction of the Blomquist Extension, a new roadway spanning east of Highway 101 from Seaport Blvd. to Bair Island Road. 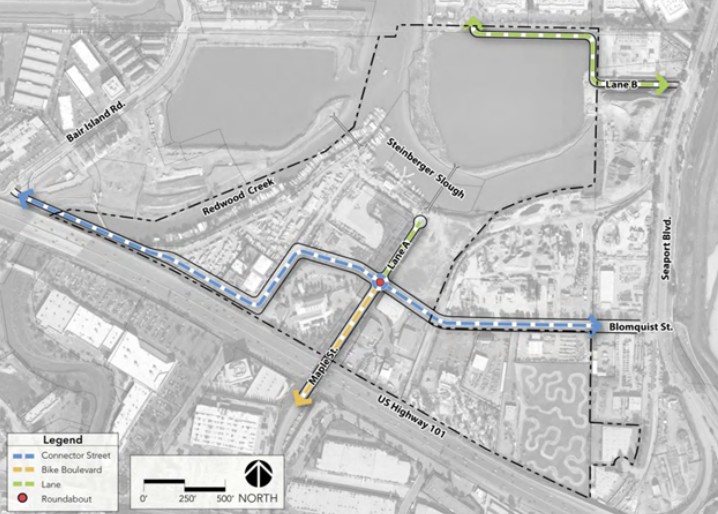 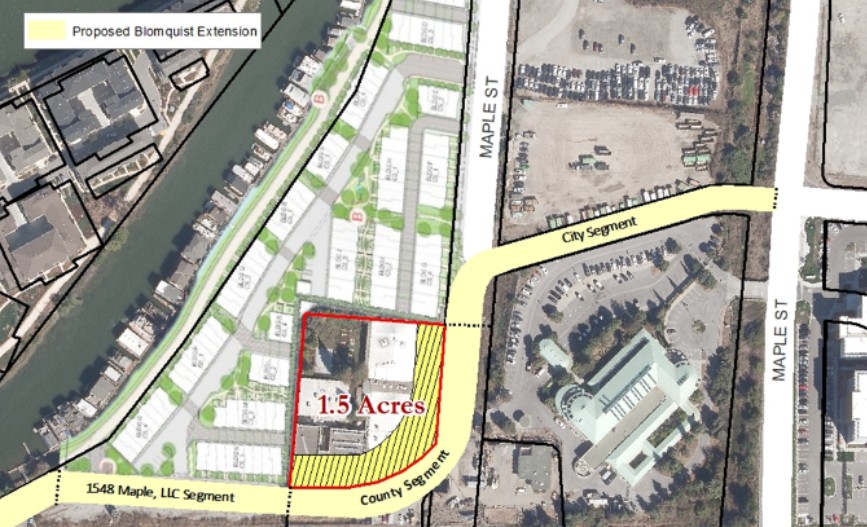 The extension aims to improve traffic circulation and safety to areas east of 101 and create additional access for residents to enjoy the waterfront, according to city staff. The private owner of the property at 1548 Maple, where a 131-unit townhome development is set to be constructed, will fund the first phase of the Blomquist Extension, the city said. In addition to the navigation center, the land agreement provides the County the option of using 1.5 acres at 1580 Maple that is not needed for the Blomquist Extension to be used for affordable housing.

The newly-approved land exchange agreement aimed to appease open space advocates who called for waterfront properties to remain as recreational space. In the previous agreement, the County’s homeless navigation center was proposed to be built at the city-owned property at 1402 Maple St. Now, 1402 Maple St. is included in the 10-plus acres of city-owned waterfront property that will be set aside for a future Bayfront Park. The agreement won approval from Bair Island Aquatic Center representatives. 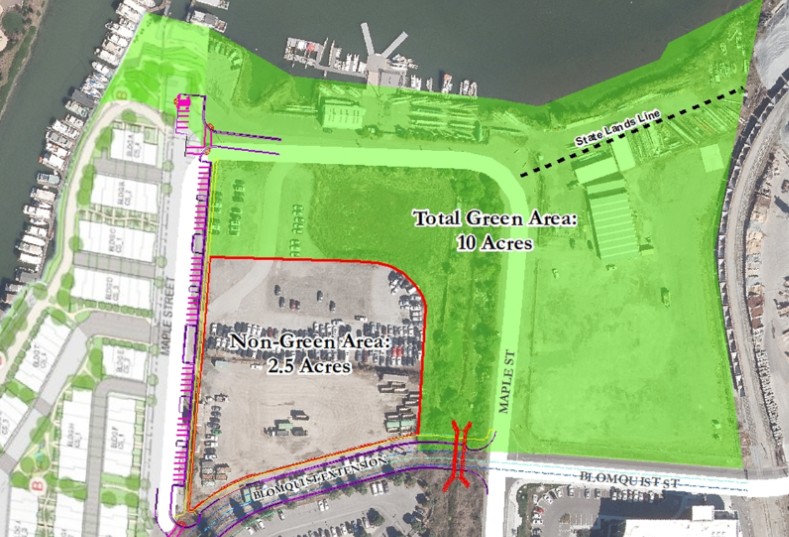 Redwood City Mayor Diane Howard and Councilmembers Giselle Hale and Diana Reddy were credited as members of a committee that moved forward the newly approved land swap. They said the agreement will provide much-needed services for homeless individuals in Redwood City and throughout the County, while improving traffic circulation east of 101 and also creating future open space that could include extension of the Bay Trail, sports fields, sea level rise improvements and other open space amenities (see possibilities in image below). Future plans for the open space are not yet set in stone. 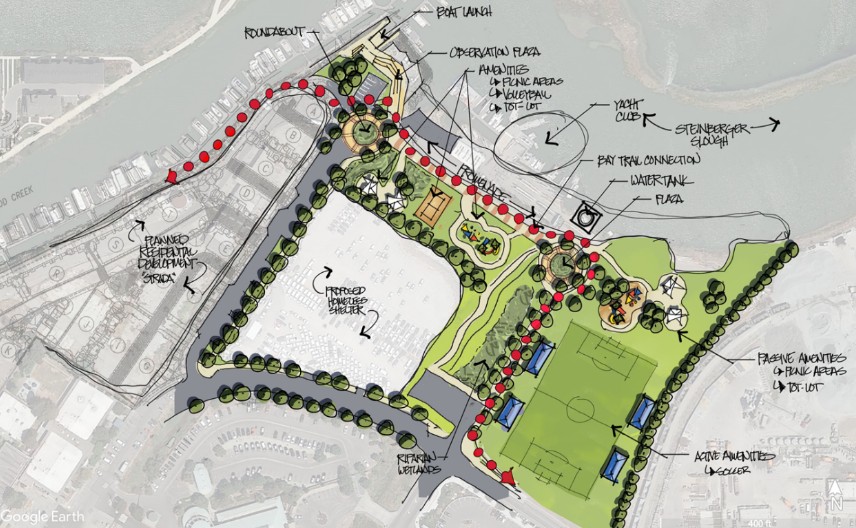