Redwood City leaders Wednesday afternoon opened a new pathway connecting the somewhat isolated bayfront area with the rest of town. It took years—and multiple permits to get the U.S. 101 undercrossing connection for bikes and pedestrians built—and people didn’t wait for the ceremonial ribbon snip to try it out.

Residents from the housing developments which have sprung up east of the Bayshore joined other pedestrians who streamed under the freeway to get to the ribbon-cutting site at the west entrance. A red ribbon was stretched behind them so Mayor Diane Howard and other council members could take care of the formalities and officially open the 700-foot-long travel way.

The west entrance is at the end of Main Street, where bike lanes end, and the 14-foot-wide undercrossing leads to a bike path on Bair Island Road, near the Courtyard by Marriott Hotel. The city says the undercrossing is needed because of the housing development over the past decade which has attracted many new residents and increased the demand for improved bicycle and pedestrian connections. 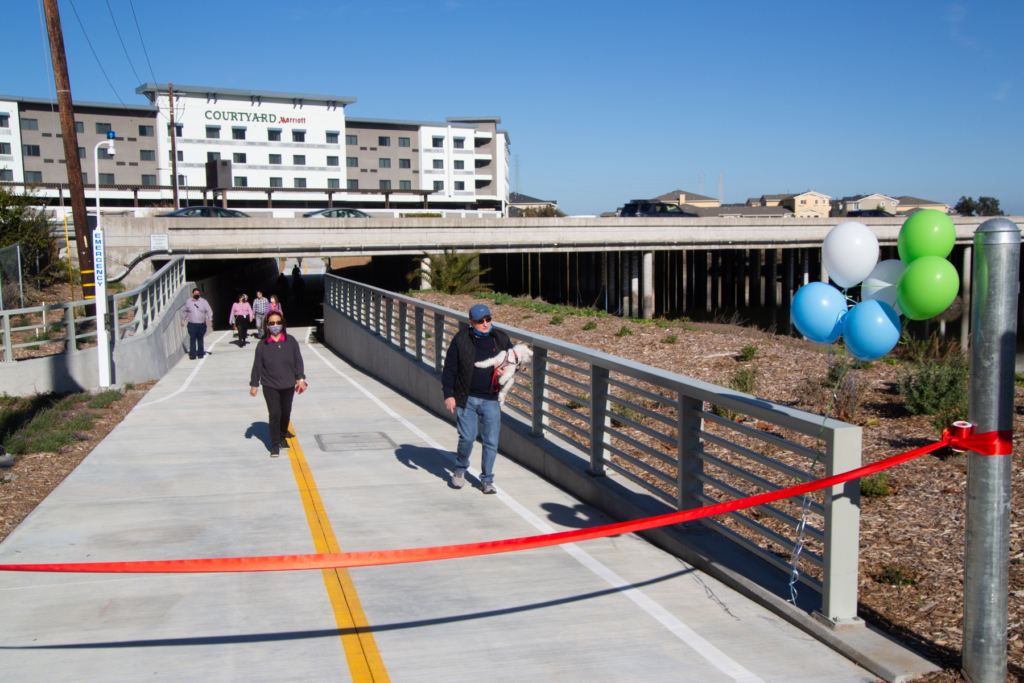 Creating a physical link between that evolving area and downtown has been a long-time planning goal. Another bonus is that the new pathway provides one more emergency access option, Howard told the crowd.

The city initially applied in 2013 for permits from four agencies to build a pedestrian access, and over the years had to go for extensions and revisions. By September 2018 all the necessary approvals had been granted, and work began in 2019, with a construction contract award of $3.9 million to Joseph J. Albanese, Inc. of Santa Clara. There’s still a little work to do, which is to be completed by the end of the month.

Ahmad Haya, a senior civil engineer with Redwood City who worked on the project, was very pleased to see how it came out and that so many people will benefit. Constructing a pedestrian undercrossing below an active freeway was a big challenge, he said, including the necessity to drive piles 68 to 70 feet into the bay mud, and strong support was also required for the retaining walls.

The clearance allowed for only about nine to 10 feet of headroom. In addition, the pathway is adjacent to Redwood Creek, which presented additional challenges including protecting the waterway, he added. There’s a gate at the entrance, which may need to be closed during very high tides to discourage people from using the pathway. 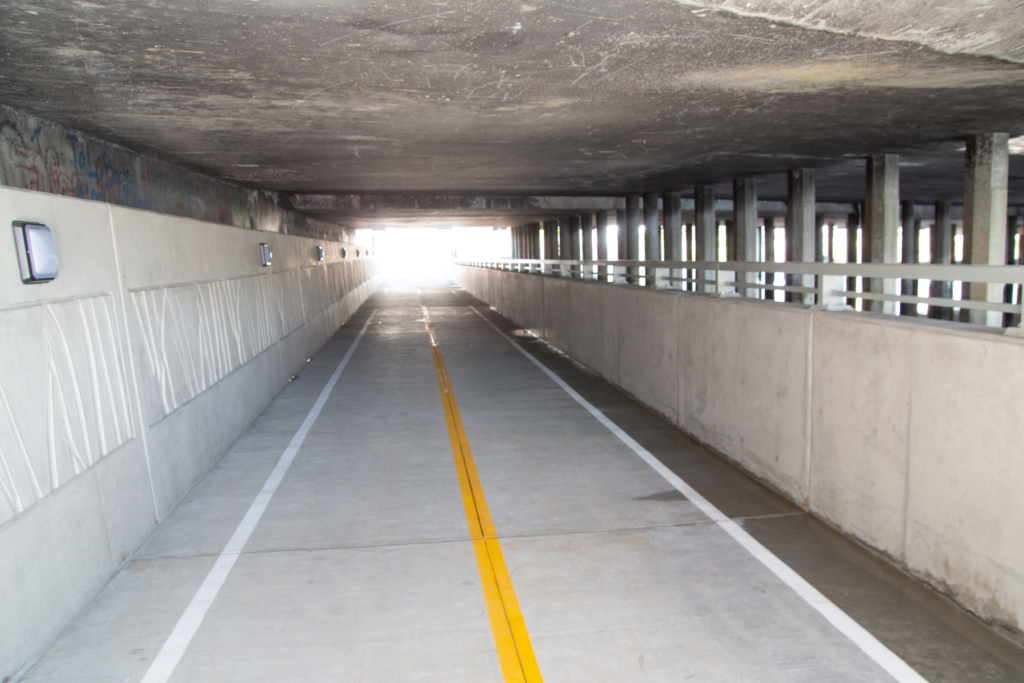 The landscaped undercrossing has lights, and the concrete retaining walls are etched to resemble reeds. Before the pathway was constructed, homeless people camped under the freeway, and the graffiti they left behind is just visible above the walls.

Sean Nozzari, a deputy district director with the state transportation department, said the undercrossing meets one of Caltrans’ priorities by providing alternatives to driving. He said agency officials were pleased to be able to partner with Redwood City on a project that connects beautiful baylands with residential areas and employment centers.

Jim Crampton, co-chair of the Bair Island Neighborhood Association, said he and his wife moved to the area nine years ago and have been looking forward ever since then to the undercrossing finally opening. “We’re happy that it has happened,” he told the crowd. “We look forward to having good access to the city.  Which has not been easy for us … We’re looking forward to people from the west side of 101 coming over here some as well.”

All photos by Jim Kirkland 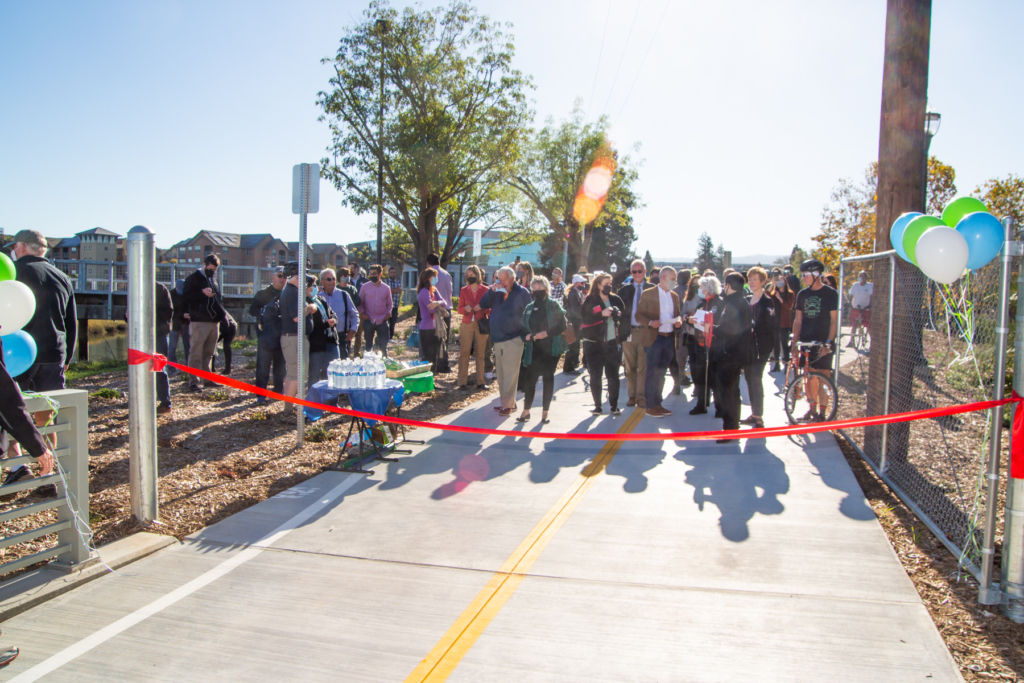 The “vast majority” of the $7 million worth of non-medical-grade personal protective
The San Carlos Farmers’ Market is set to return from its winter
Jessica Hatfield of Redwood City won a national contest and a $5,000
Redwood City is welcoming input from residents on how to apply funding
Kent Thrasher, who has been serving as the interim chief of the
Go to Top