Three suspects, including a 15-year-old boy, allegedly robbed a 7-Eleven in Redwood City at gunpoint before their vehicle crashed during an attempt to flee police on Wednesday, Dec. 1.

Jylyn Richardson Green, 24, of Pittsburg, Deshawn Carter, 19, of Hayward, and a 15-year-old boy from Hayward, were arrested on suspicion of robbery, conspiracy, felony evading, and carrying a loaded firearm in connection with events that unfolded at about 2:15 a.m., according to police.

Around that time, a Redwood City police officer on patrol saw three suspects exit the 7-Eleven store in the 400 block of Woodside Road, run to a nearby car and flee the scene, police said. After learning from a 7-Eleven employee that the suspects had just robbed the store, the officer managed to catch up to the fleeing suspect vehicle and attempted to pull it over, but rather than stop, the suspects led police on a pursuit onto southbound Highway 101. The vehicle ended up crashing at the Marsh Road exit.  The suspects attempted to flee on foot but were quickly apprehended by Redwood City and Menlo park police officers, police said.

“A loaded 9 mm handgun was located at the scene of the crash, along with several hundred dollars in US currency believed to have been taken in the robbery,” police said. 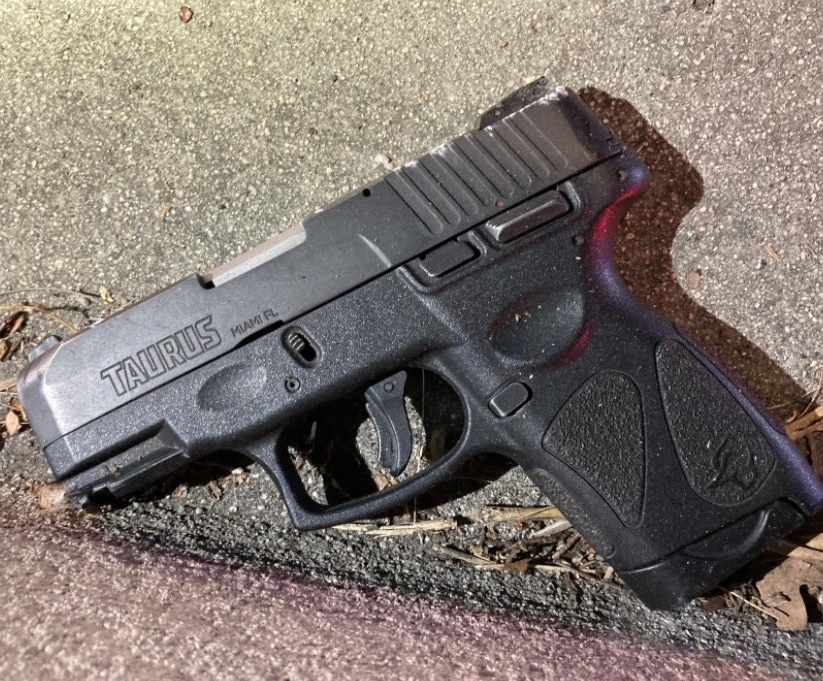 The suspects were treated at a local hospital for minor injuries before being booked at San Mateo County Jail. During the pursuit, a Redwood City police vehicle was involved in a solo-vehicle crash, causing minor injuries to an officer, police said.

Anyone with additional information regarding this incident is encouraged to contact Detective Freitas at 650-780-7138, or the Redwood City Police Department’s tip line at 650-780-7110.

Both photos courtesy of the Redwood City Police Department