In its US Open Cup debut, Bay Cities Football Club will compete against the Monterey Bay Football Club on Wednesday, April 6 at PayPal Park, home of the San Jose Earthquakes.

The US Open Cup is the national championship of all professional soccer teams in the U.S.

Bay Cities FC, the new Redwood City-based Division 3 team recently admitted to the NISA league, will compete against a Division 2 team in Monterey Bay FC from the USL League based in Monterey.

“Our players are going to play for their families and communities,” Peres said. “I ask that the Redwood City community come out and support our guys in this once-in-a-lifetime event, and that they hopefully see us make history.”

Bay Cities is sponsored by local businesses including Prince Street Partners and Premia Capital. Jay Paul Company, the developers behind the Harbor View project in Redwood City, is sponsoring the team’s participation in this match.

“We are thrilled to support Bay Cities Football Club,” said Maia Harris, Director at the Jay Paul Company. “This team contributes so much to community pride and youth sports and development here in Redwood City. We’ll be cheering them on alongside the rest of Redwood City.” 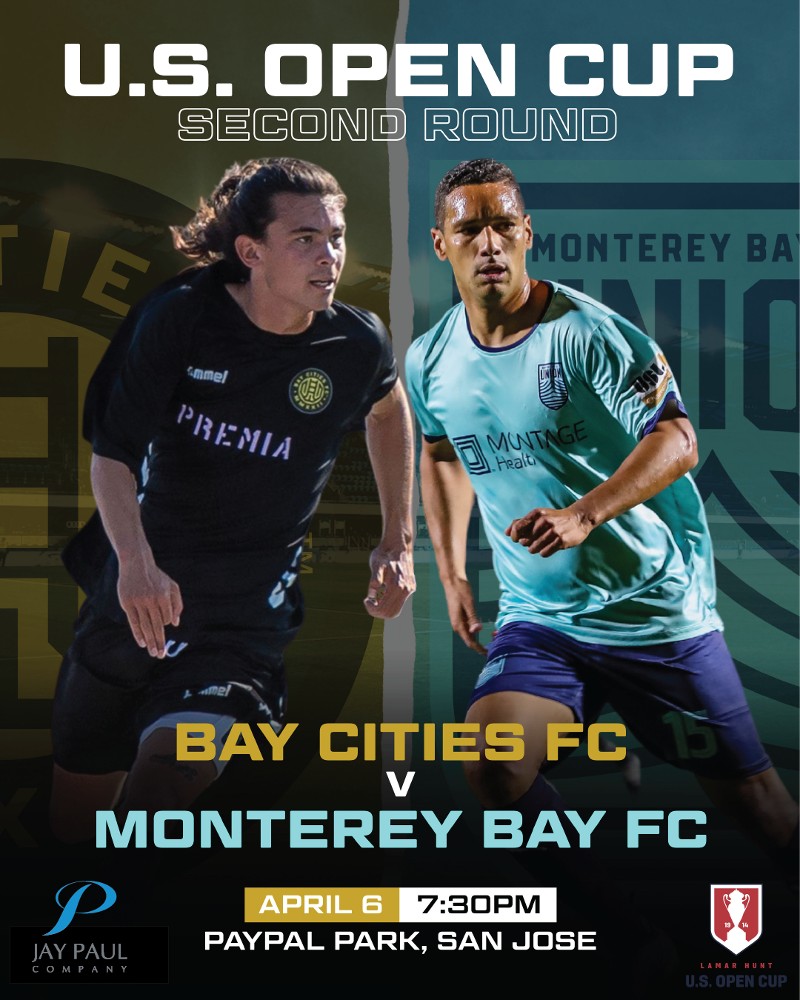