The City Council of Redwood City on Monday unanimously approved the selection of Rachel Wolfe-Goldsmith as the artist who will install a racial equity mural on the Jefferson Avenue underpass, with community support.

The mural’s creation was ordered by City Council on Aug. 10, 2020, as part of a resolution declaring Black Lives Matter and reaffirming the city’s commitment to racial equity.

Wolfe-Goldsmith’s proposed mural design was chosen among 25 artist submissions following a process that included ample public input, according to the city.

Wolfe-Goldsmith is an Oakland resident, founder and lead artist for Wolfe Pack Arts LLC and creative director for the Bay Area Mural Program. She has experience in large public arts projects, having led the Rosa Parks Senior Center mural project in San Francisco, and also the creation of a mural in Standing Rock Indian Reservation in North Dakota.

The city will pay Wolfe-Goldsmith $100,000 to produce the mural via a public process that will enable community members to participate in its painting.

In a video played before City Council, Wolfe-Goldsmith said she wanted to create a mural that would tell a story to occupants of vehicles driving quickly past it, while providing opportunities for greater depth to those walking or cycling past it. The mural design juxtoposes current and historical images, some of which were inspired by research done at local museums, to detail the city’s and County’s diverse past and present from a racial equity lens.

The mural is expected to take about one to two months to create, with an ancitipated celebration of it coming this summer.

The following is Wolfe-Goldsmith’s winning design for the Jefferson Underpass Mural, per city documents. 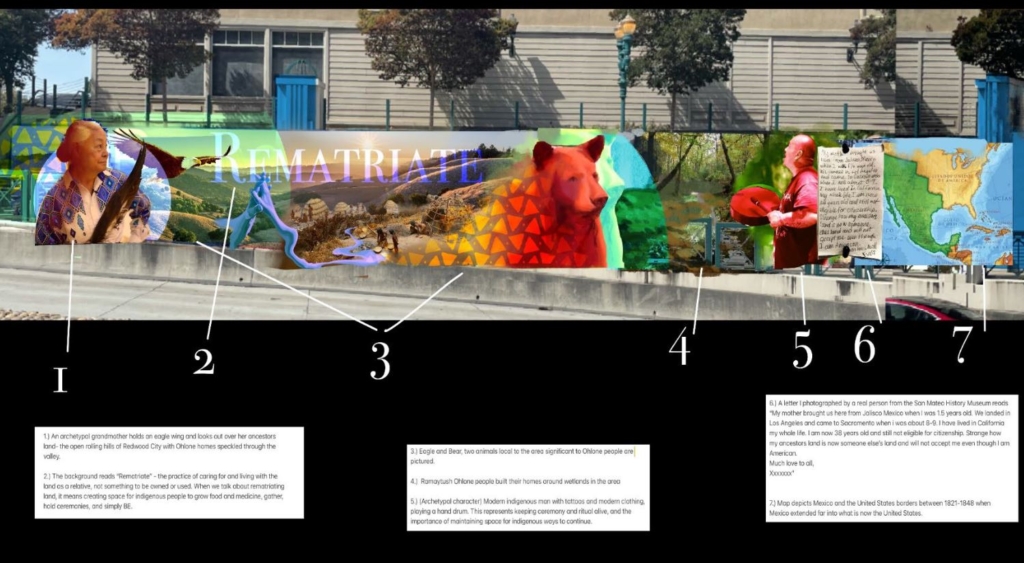 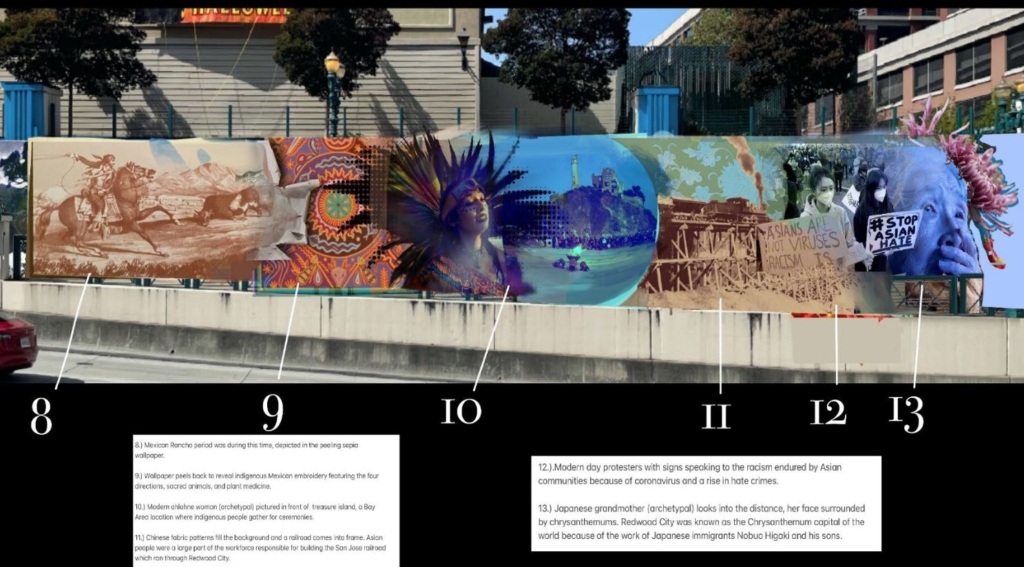 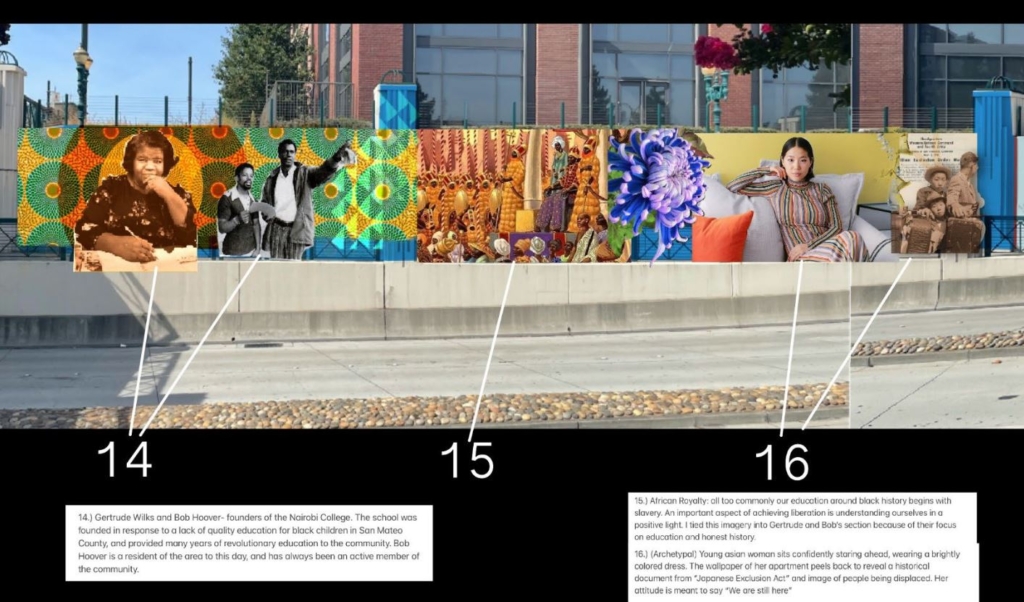 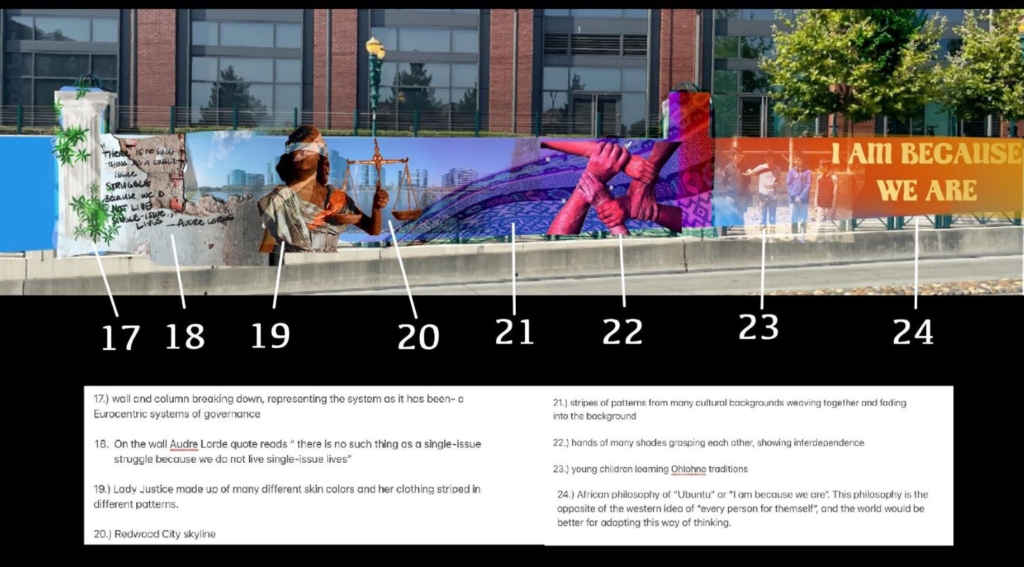