San Mateo County will hold a flag raising ceremony on Friday, June 3, to kick off “a month of awareness around Juneteenth.”

The event will take place at 9 a.m. at the Courtyard Flagpole at 400 County Center in Redwood City.

Last week, the County’s Board of Supervisors officially adopted the federal holiday as an annual holiday for all County employees. Observed each year on June 19, Juneteenth National Independence Day commemorates the traditional observance of the end of the slavery in the U.S.

“While President Abraham Lincoln signed the Emancipation Proclamation on January 1, 1863, declaring the slaves in Confederate territory free, that Proclamation was not announced in Texas until June 19, 1865,” according to County officials. “The 13th Amendment, which formally abolished slavery in the entire United States, was subsequently ratified in December 1865. Juneteenth is the oldest nationally celebrated commemoration of the ending of slavery in the United States.”

President Joe Biden signed into law a federal holiday recognizing June 19 as Juneteenth National Independence day on June 17 last year. County ordinance allows the Board of Supervisors to grant as a County holiday any holiday appointed by the U.S. president.

The cost of the additional holiday to the County is estimated at $3,7 million, a figure that has already been accounted for in the County department budgets, officials said.

“The County of San Mateo recognizes the history of racism in our country and how it has led to many disparities in education, job attainment, housing, criminal justice, and healthcare for Black people and beyond,” officials said. “Juneteenth is a significant opportunity to honor the principles of the Declaration of Independence and celebrate the many achievements and contributions African Americans have made and continue to make in the County of San Mateo and across our nation.” 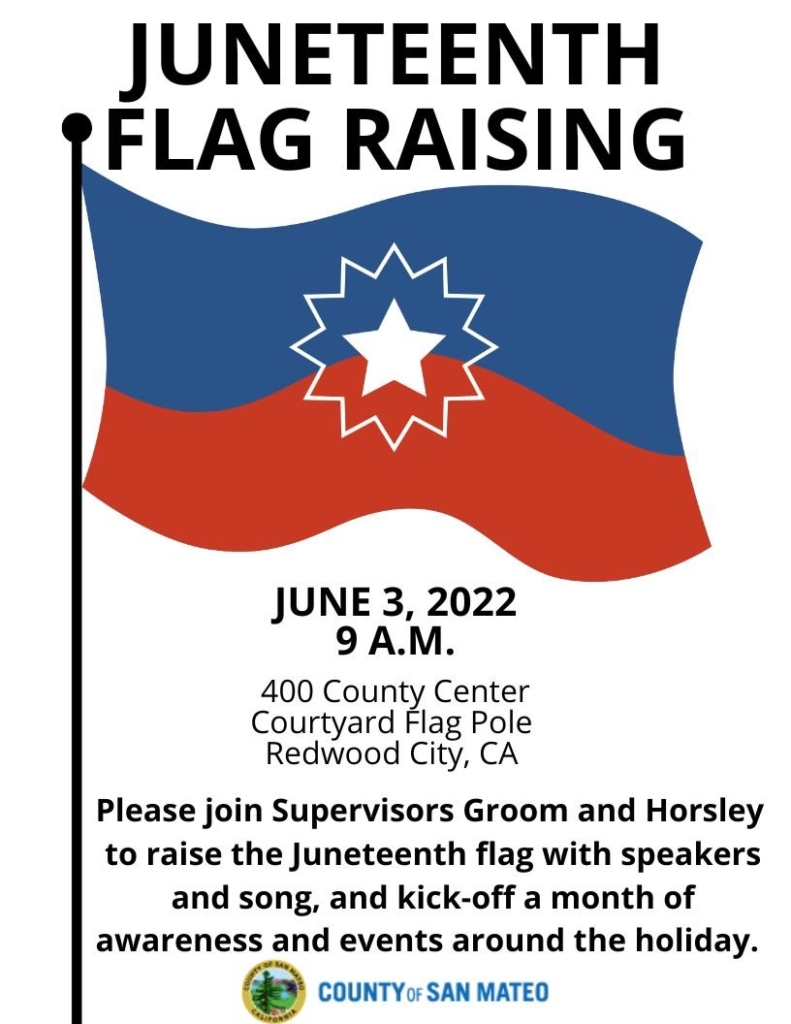 By John Shroyer The San Francisco and San Jose Railroad linked its
Often during the winter, I’ve traveled to Italy, especially Tuscany. In my
Scottish American naval captain John Paul Jones earned fame during the American
By Vlae Kershner The soft thump of plastic pieces stamping on green-and-white
By Dan Brown Back in the early 1980s, when the 49ers still
Go to Top