By Jim Kirkland and Scott Dailey

Place this event in the category of “the times, they are a-changin.’” And to no one’s surprise, it brought a strong dose of controversy to Redwood City.

Approximately 50 adults and 15 kids on November 19 turned out to hear drag queen Reina De Aztlan read LGBTQ-oriented children’s books at the Redwood City Main Library. Nearly all the adults appeared to listen respectfully, although one woman stood with arms held high and thumbs pointed down.

Outside, protesters silently held signs with slogans such as “Drag Queens are adult entertainment, not children’s!” and “Are our tax $$ funding drag queens reading to kids?” 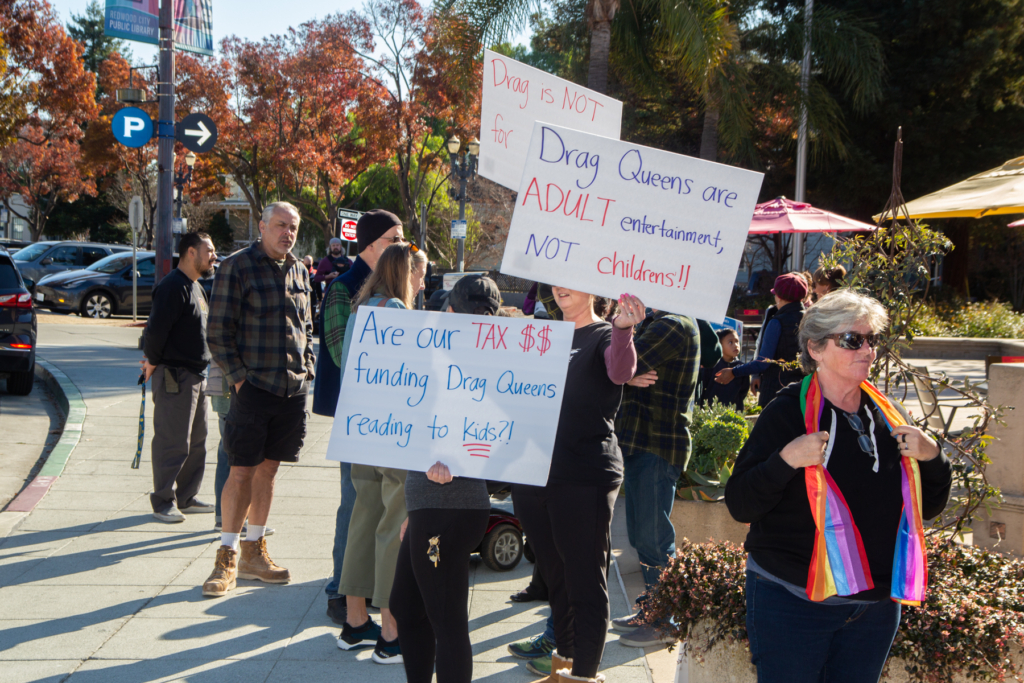 De Aztlan read, “A Day in the Life of Marlon Bundo,” about a boy bunny who falls in love with another boy bunny; “They, She, He, Me: Free to Be!” about various gender presentations; and “10,000 Dresses,” about a boy whose parents discourage him from liking dresses and an older girl who supports him, among other books.

Redwood City Library Director Derek Wolfgram said he planned the event to coincide with United Against Hate Week (November 13-19), sponsored by the organization Not in Our Town and endorsed unanimously by the San Mateo County Board of Supervisors at its meeting November 15.

“We feel the LGBTQ community is often subject to discrimination and thought this was an opportunity to have a positive experience around that,” Wolfgram said. He added that the library has become “very intentional” in its attempts to create opportunities for all kinds of people to talk about their life experiences. 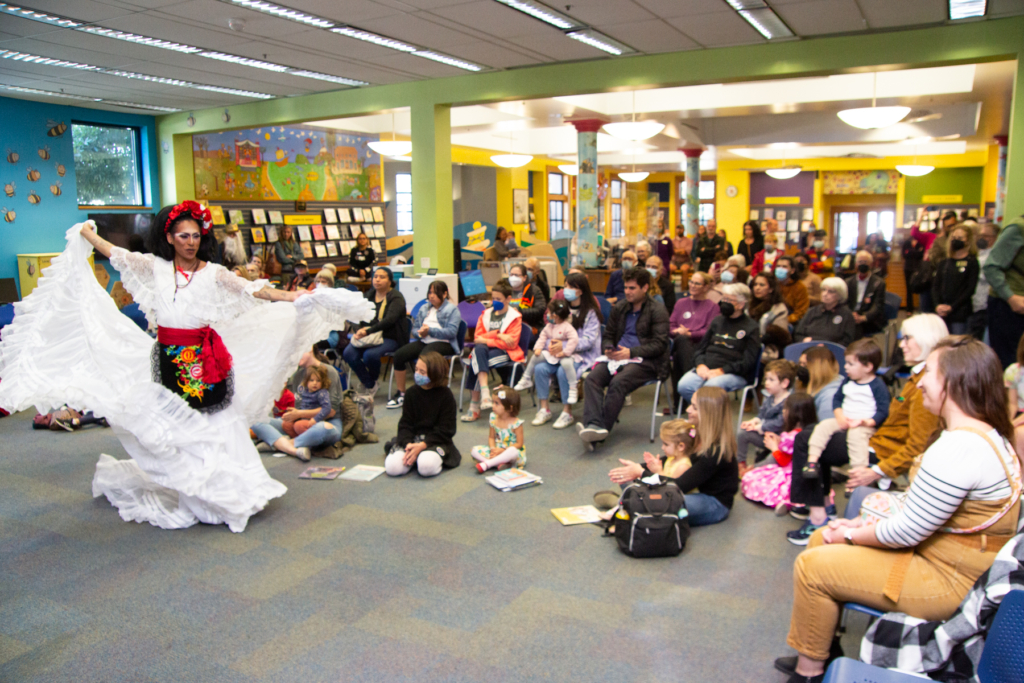 De Aztlan, an Oakland resident, has been performing in drag for 15 years and in 2015 became involved with Drag Queen Story Hour, a creation of RADAR Productions in San Francisco. RADAR’s website describes the group as “a Bay Area queer literary arts organization creating and supporting a community of queer artists through commissioning, developing and presenting groundbreaking literary work.”

“I think it’s really important that children have role models with people they identify with,” said De Aztlan. At the reading, De Aztlan introduced their parents, describing lifelong support that included buying De Aztlan a dress during childhood.

Before the event, Wolfgram had expressed concern that the performance might result in confrontation, as happened in June at drag queen story times in San Lorenzo and Sparks, Nevada. In front of the Redwood City Library, protesters remained peaceful but were pointed in their comments.

“I’m a Christian missionary and I talk to LGBTQ people all the time,” said Daniel Beaudoin of San Jose. “But I believe that sexuality and gender were designed by God in a particular context in accordance to scripture. So, no matter what the intentions of the people here may be, promoting things like this is social engineering.” On his LinkedIn page, Beaudoin says he is affiliated with Open Air Campaigners, described on its website as “an evangelistic ministry of preaching the gospel to lost people and mobilizing the body of Christ.”

Redwood City Vice Mayor Diana Reddy attended the event and said, “Redwood City believes in equity all through the community. This is an opportunity for parents who wish to bring their kids and have this experience of maybe meeting someone they would never have the chance to meet.” 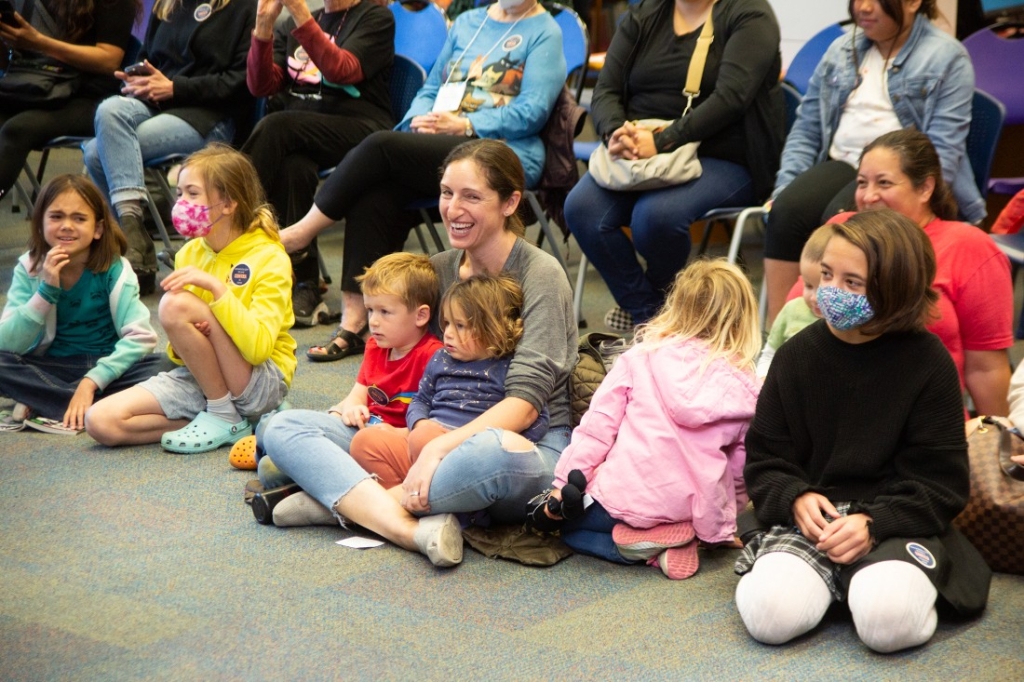 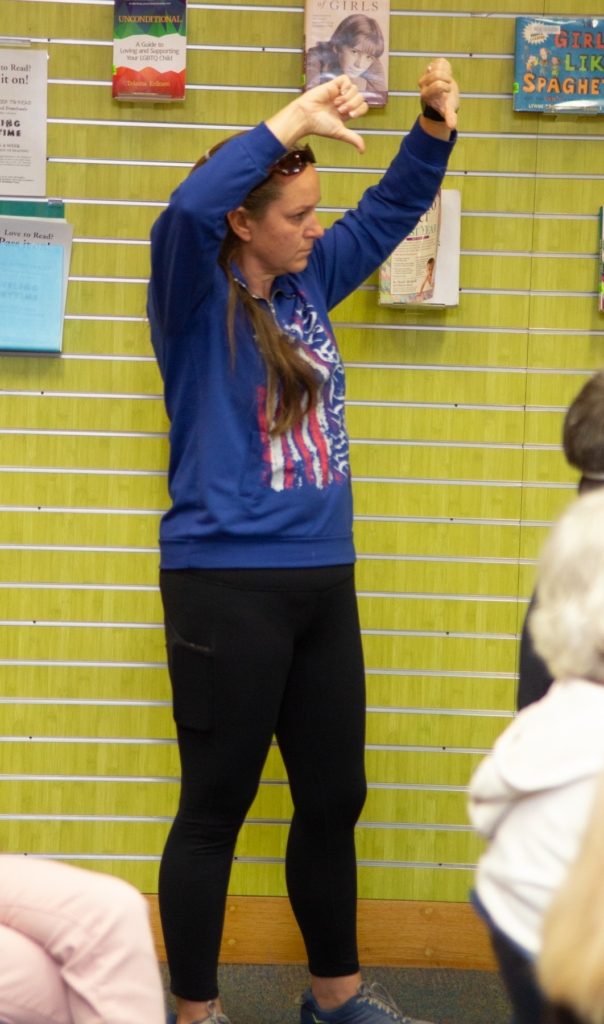 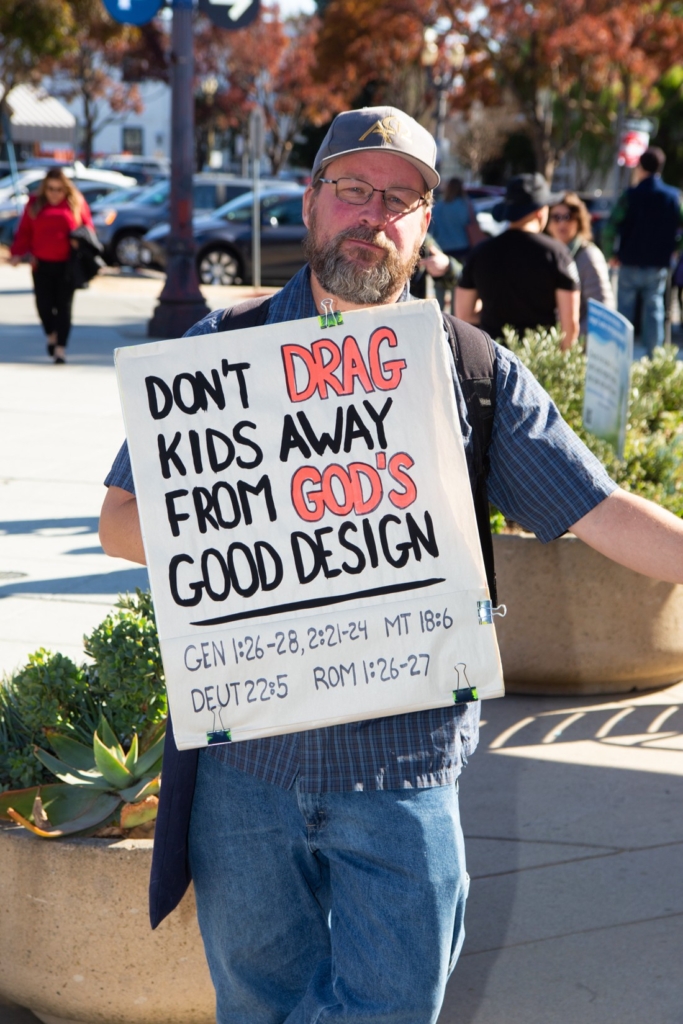 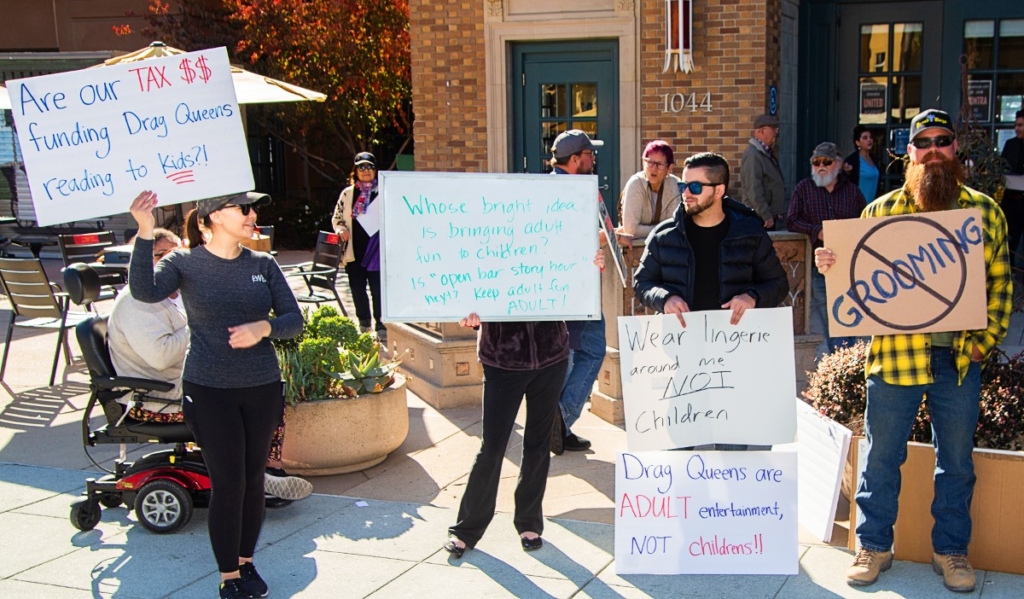 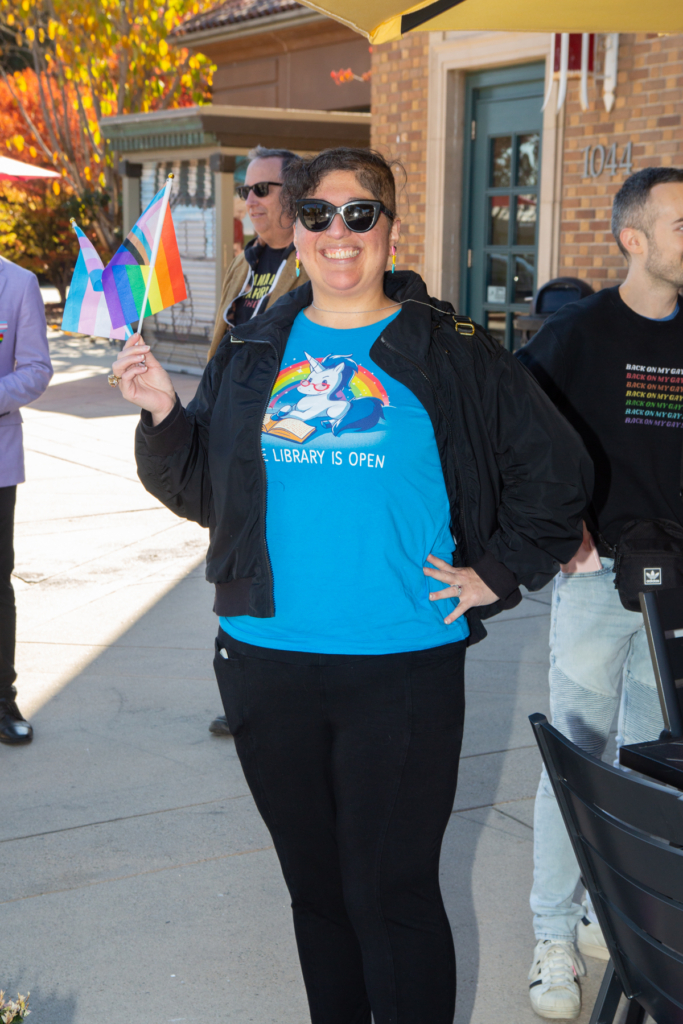