Stanford provided an update this week on the ongoing construction of its 35-acre Redwood City campus between Broadway and Bay Road, where a groundbreaking ceremony was held in May.

The project is proceeding “on schedule,” with a grand-opening set for 2019 for the campus that is expected to house more than 2,700 Stanford employees, according to the university. 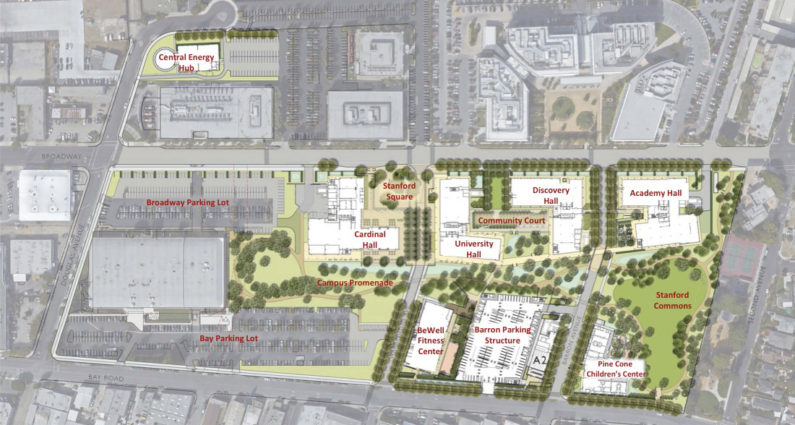 The tallest building — six-story Cardinal Hall — “has most of its exterior shell complete,” while steel framing exist on multiple levels of Discovery Hall, University Hall and the BeWell Fitness Center. Upcoming construction includes The Stanford Pine Cone Children’s Center and a landscaped promenade through campus that will connect with a 2.4-acre public park, according to the university.

To view the progress, Stanford has been uploading photos to its website.

Hometown Holidays is returning to Redwood City this Saturday, Dec. 10 from
“The vibe in San Carlos is amazing,” said Sema Tosun, co-owner of
The Community Foundation of San Carlos presented nine people of all ages
The Caltrain Holiday Train is set to spread holiday cheer across the
Caltrain will reduce service from Monday, Dec. 5, through Sunday, Dec. 18,
Go to Top