As we reported last month, the Redwood City 49ers Football and Cheer program is opposing legislation that would ban youth athletes in California from participating in organized tackle football until the 9th grade.

Now, the program is calling on the youth football community to attend a rally against AB2108, otherwise known as the “Safe Youth Football Act,” that’s set to take place at 2 p.m. on Sunday, April 22 at Townsend Field, 299 Monroe St. in Santa Clara.

The legislation sponsored by California Assembly members Kevin McCarty (D-Sacramento) and Lorena Gonzalez Fletcher (D-San Diego) aims to prevent young athletes from sustaining long-term brain damage caused by repetitive tackling, hitting and blocking. Opponents of the bill say the sport has never been safer, calling the legislation’s cited medical research inconclusive, and also say parents should have the freedom to choose which sports are best for their children.

A Change.org petition opposing the legislation had amassed more than 44,000 signatures out of a goal of 50,000 as of Friday afternoon. 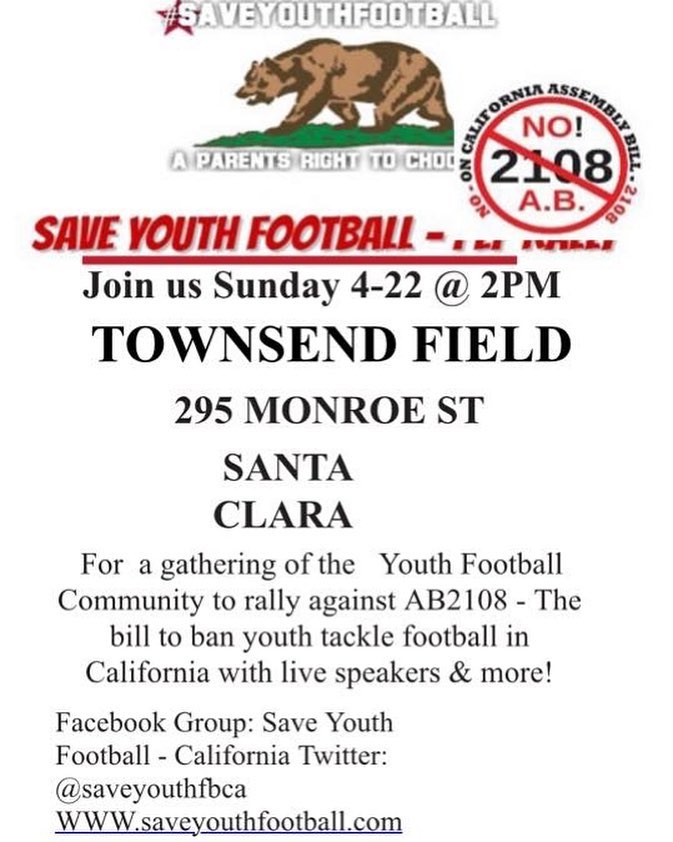