The San Mateo County Transportation Authority (SMCTA) recently approved funding to move forward with studies and analysis of a commuter ferry service at the Port of Redwood City, according to the Port of Redwood City’s latest newsletter.The city plans to release a Request for Proposal for the feasibility study and cost benefit analysis later this year, the newsletter states. The Port noted that funds for the ferry service feasibility studies will also be provided through Regional Measure 3, the toll bridge increase transportation measure voters approved June 5.

According to the Port’s site, ferry service would be provided by the SF Bay Area Water Emergency Transportation Authority (WETA) via two high-speed, 149 passenger catamaran vessels that would offer service to San Francisco and the East Bay during commute hours. A one-way trip to San Francisco is estimated to take 47 minutes, while the trip to the East Bay is estimated to take about 45 minutes.

Recently, WETA leaders and staff, along with representatives of the Port, City of Redwood City, SMCTA, Assemblymember Kevin Mullin’s office, and local business leaders, met to look at a possible ferry terminal site (see photo from the meeting below).

The WETA strategic plan envisions “a system that seamlessly connects cities in the greater Bay Area with San Francisco, using fast, environmentally responsible vessels,” and Redwood City is on that list of cities.  Stay tuned for news on next steps toward that day we first hear, “all aboard.” 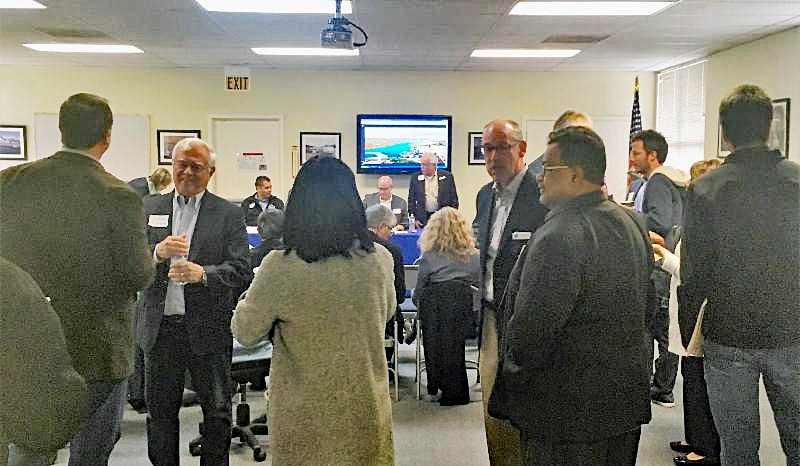