In the early 1600s, William Shakespeare and a business partner sought to buy an abandoned monastery in central London and convert it into the first fully indoor theater in England.

The plan eventually fell through. Neighborhood residents rose up in protest that an active theater in their community would result in too much traffic.

Yep, those oxcart backups could be a real nuisance. Not in Ye Backyard.

In other words, there is nothing new under the sun.

As of this writing, we still don’t know the outcome of a handful of issues that were on the November 6 ballot.

What we do know from one of the most active campaign seasons in recent memory is that there are certain issues, concerns and worries that permeate our political environment. They were on display in every local race.

If this were part of the Sophoclean trilogy, right about here is where the Chorus would take the stage and recite in mournful unison: The high cost of housing, the spurt of growth and development over the last decade and the unceasingly frustrating traffic, oxcart or otherwise.

But there is something larger underlying these issues and it is the same central theme that has predominated every city from Daly City to Mountain View: Change.

It is frequently described as a curse to wish upon someone that they live in interesting times, or a time of change.

You can waste a lot of time searching for the root of that sentiment but the truth of it is universal and unmistakable – change is difficult and unsettling. It often is resisted and the resistance often comes too late.

That’s the case in our part of the world now. Anyone who fondly remembers the way things used to be probably is pretty uneasy at how things are now.

You hear it in complaints about how long it takes to get across town. Or how hard it is to find parking. Or that our adult children can no longer afford to live in their hometowns. Or the concern about the changing skyline of our once-quiet little towns. 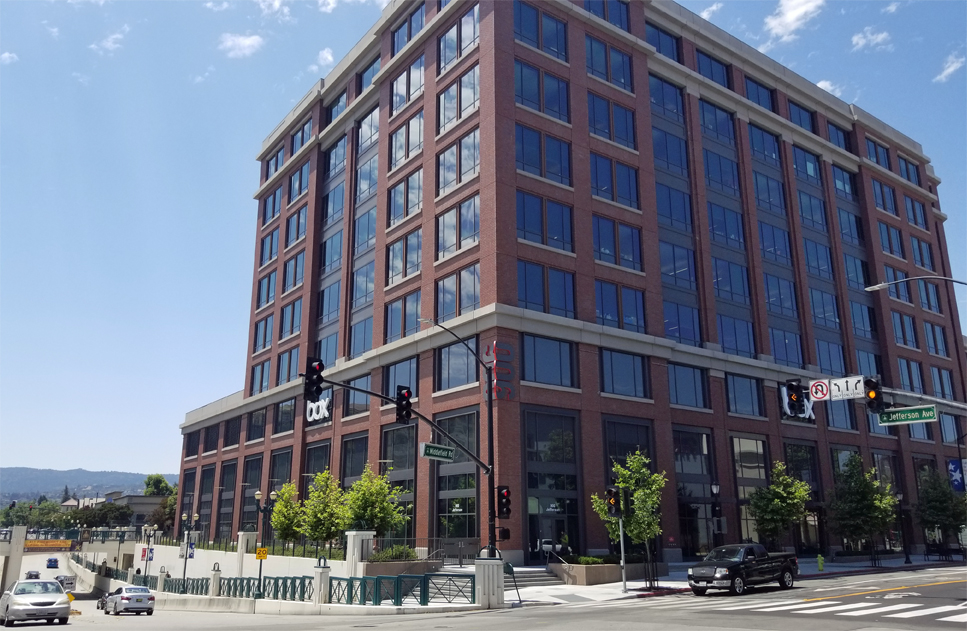 Those are the localized complaints, of course, and they carry with them a sense that, somehow, we are victims of an unprecedented and sustained economic explosion that has wrought regional changes on our highways and in our employment centers.

That we have lost something essential about what our towns were and who we are.

In virtually every community, the dominant discussion is that we don’t like the changes that have taken place.

But here’s the reality that our political campaigns have not addressed: These changes are here to stay. Our best response – the healthiest and the one that, time and again, has proven most successful – is to embrace it.

THE WAY IT WAS: Two generations ago, the Peninsula was a hotbed of social rest – a quiet, low-key series of virtually indistinguishable suburban communities that most often elected Republicans to state and federal office.

The economy revolved around San Francisco and the peak commute hours saw the vast majority of workers driving to the city in the morning and driving back down the Peninsula in the evening.

The 1960s and 1970s saw a political transformation, first to moderate Republicans and, then, in the late 1980s, to the dominance of Democrats that prevails now.

Still, business and social life continued to revolve around San Francisco and there were few large employers and no major employment centers on the Peninsula, except, perhaps San Francisco International Airport, and that was San Francisco’s, too.

Every city had its own downtown and it was there that many of us of a certain age did our back-to-school shopping. Virtually every downtown had a drug store and a soda fountain and a hardware store and a toy store and a local market and a movie theater.

Then came the regional shopping centers, and the downtowns struggled – some withered – and, much like today, something was lost.

Many of the changes were welcomed enthusiastically.

It was around 1973 that the term Silicon Valley was coined and we attached ourselves to it with pride. It carried a cachet – the place where the future is invented – and it was dynamic and exciting and it meant more jobs and employers with national and international profiles and it seemed to fit the highly educated, cosmopolitan nature of the people who lived here.

Yet, even with the explosion of Silicon Valley, the geography most of us think of as the Peninsula – Daly City to Palo Alto – appeared to remain the same, when, in reality, it was changing slowly.

Then, one day, we looked around, and everything was different. And so it continues.

THE WAY IT IS: This is America. Change is part of our soul.

In the movie “Field of Dreams,” the character Terence Mann captured it succinctly: “America has rolled by like an army of steamrollers. It’s been erased like a blackboard, rebuilt, and erased again.”

So, we hear in every town people longing for a community that is gone, but, in reality, probably wasn’t quite what we remember it to be.

Nostalgia is fine and it’s why we send our holiday cards with snow and one-horse sleighs and snowmen and why we go to concerts by people we loved when we were young.

But there’s no going back. There is only going forward. 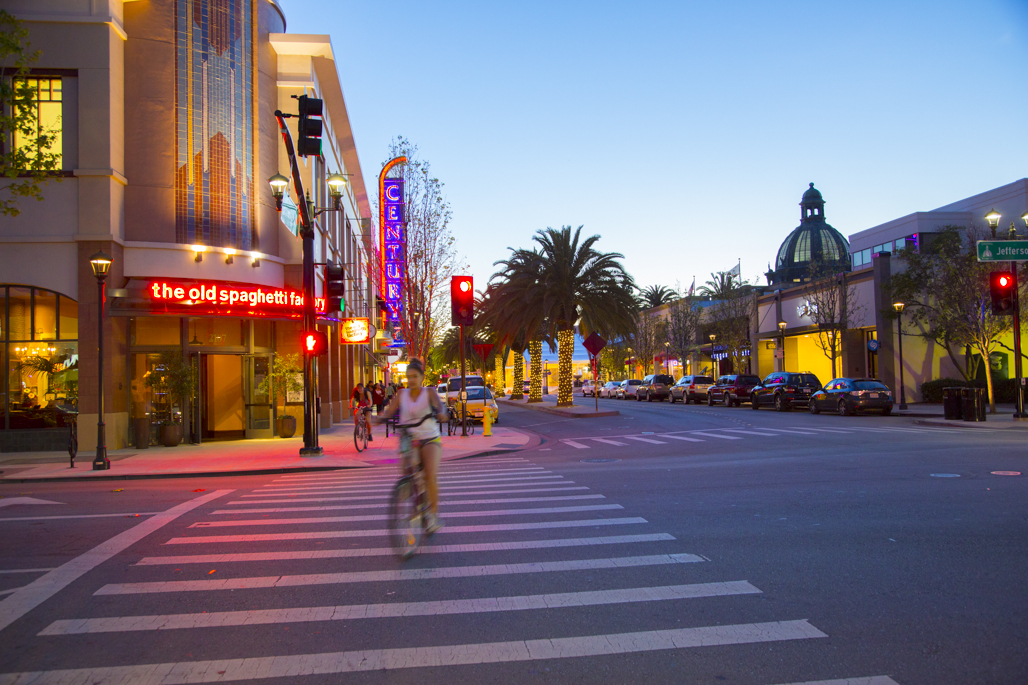 THAT WAS THEN, THIS IS NOW: As Silicon Valley spread, the Peninsula was an incubator for new industries and new innovations. But companies would reach a certain size and then move major facilities – typically manufacturing – somewhere else and leave a token presence, if any, here.

Now, companies manufacture ideas more than gadgets and the result is growth the likes of which we have never seen.

For the first time in my memory, an entire industry – biotech – has planted itself in San Mateo County and the massive demand for additional office space will be unrelenting.

For the first time in my memory, major employers, most notably, Facebook, Google and Apple, plan to grow in place. They are building huge campuses because they want their employees near each other, working collaboratively, generating a thousand new ideas a week in the hope that one of them will be transformative.

The economic forces at work are not going to leave. There may be downturns – some say it is an inevitable certainty. But entire industries are not going to be wiped out and this new generation of companies is planning for growth.

WHERE DO WE GO FROM HERE? As I said at the outset, the only way to manage change is to embrace it.

And to stop fighting it. Sometimes it seems as though the local debates are dominated by people inclined to stand at the ocean’s edge and order the tide to stop.

In many cities, we have new council members and, in some cases, new majorities on the councils.

They are the product of some of the most contentious campaigns in more than a decade.

But the campaign is over and it’s time for us to find ways to work together.

We need to listen to one another. We need to see issues in something other than black and white. We need to grant to others that which we want ourselves – the benefit of the doubt and the assumption that each of us has the best interests of our community at heart.

We need to stop vilifying one another. We need to seek common ground. Individually, none of us occupies the moral high ground but collectively, all of us can.

During the just-completed campaign, more than one friend or acquaintance complained about the toxic nature of our public discourse. They expect our elected officials to find common ground and to put aside individual prejudices for a consensus that embraces the common good.

Our community leads in innovation, in new ideas and in love for the natural wonders that make this a special place. We are the nation’s model in these ways.

Let’s be the nation’s model in our public debate, in how we move forward to manage the change that undoubtedly will be the one true constant in the lives of our community.