At its March 25 meeting, City Council received a presentation on the proposed design and estimated cost for the first phase of the project that aims to create state-of-the art facilities for both the YMCA Sequoia and Veterans Memorial Building/Senior Center.

Then in a 6-0 vote, with Vice Mayor Diane Howard abstaining because she is a YMCA board member, council directed city staff to initiate development of construction documentation for Phase I, which includes traffic calming measures in roads near the project, as well as developing the area of the project that includes the new senior center, a parking area east of the senior center, and a new active pedestrian promenade on Nevada Street.

The city aims to release a draft environmental impact report (EIR) on the first phase for the public to view this summer, with the target of September this year for City Council approval of the final project. The city aims to begin construction in December this year, with opening set for February 2022. The first phase is expected to cost roughly $60 million, of which nearly $10 million was appropriated from Park Impact Fees (development fees) and $1 million from Stanford University’s development agreement with the City. The largest portion will likely come from debt financing (lease revenue bonds), city staff said, with estimated annual debt service payments of about $1 million to $3 million in the 10 year financial forecast.

For more than a decade, the community has discussed replacing the Veterans Memorial Building/Senior Center, first constructed in 1956. In 2015, the Sequoia YMCA, seeking to replace its aging facility at Palm Park, entered into an agreement on a joint project with the city to help reduce costs and maximize benefit. 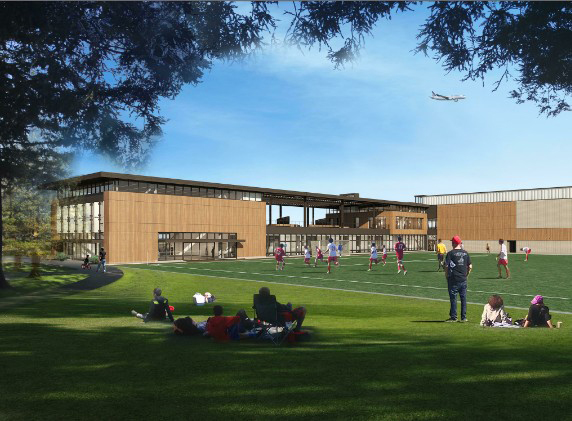 A new pedestrian promenade would replace the part of Nevada Street that separates Veterans Memorial Building and the new Sequoia YMCA, the city said.

Meanwhile, the project envisions a new Sequoia YMCA boasting an aquatic center with two pools, one indoor and the other outdoor, an outdoor children’s play area and “state-of-the-art wellness and fitness programming,” the city said.

With help from the new promenade, walkable space in Red Morton Park will be enlarged by the design, with updated landscaping including 100 new trees, officials said. 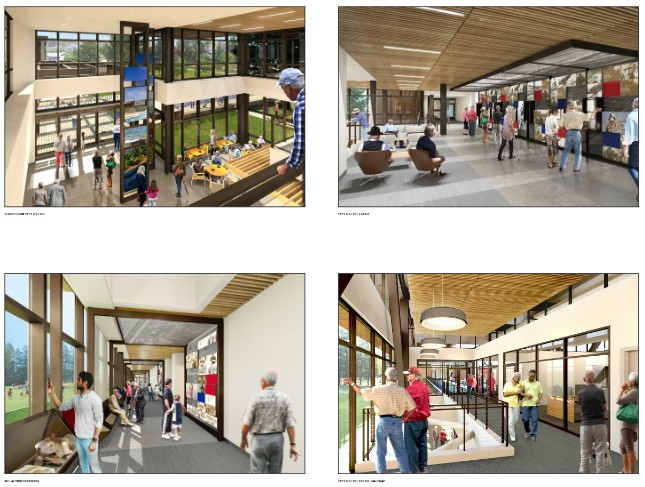 In response to ongoing neighbor concerns over the project’s potential impact on traffic and parking, city staff proposes parking areas for 288 vehicles. and is developing traffic calming solutions for four intersections, several along Madison Avenue.

ELS Architecture and Urban Design is working with the city and YMCA on the project, which received full support from the city’s Senior Affairs Commission. 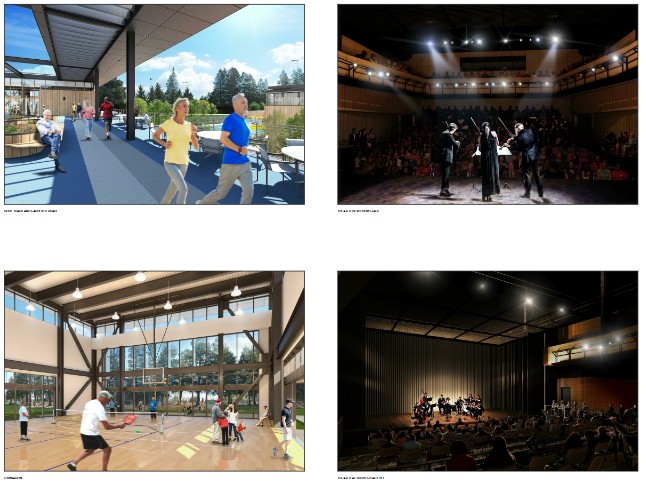 Councilmember Janet Borgens lauded the joint project as a smart opportunity, while Mayor Ian Bain said he felt satisfied by the progress made, calling the design renderings “beautiful.”

As for the cost and plan to take on debt, City Manager Melissa Stevenson Diaz said staff feels comfortable adding that to the city’s longterm financial forecast given the project’s longterm benefits.

For more information on the project, visit the city’s project site here. 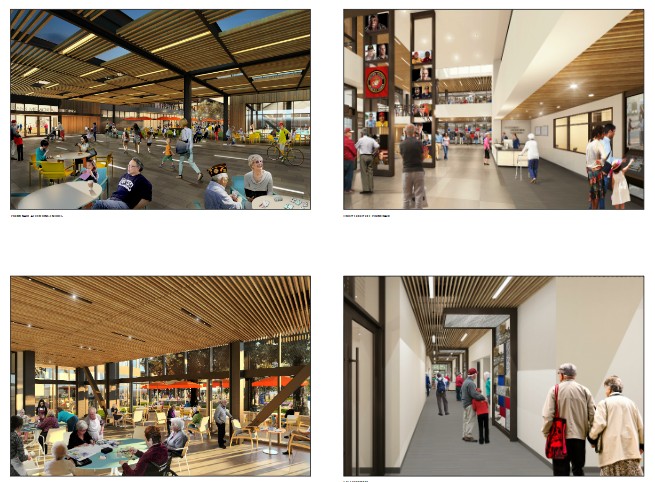