For a third consecutive year, local LGBTQ students and their allies have an alternative option to the traditional high school prom celebrations: the Queer Youth Prom.

On Saturday, April 27, the Queer Youth Prom will be held in an expanded space at Box headquarters at 900 Jefferson Ave. in downtown Redwood City. Tickets are free to this event, which runs from 6 p.m. to 10 p.m., although they are in limited supply. Tickets can be reserved here. The event is open to youth ages 15 to 19.

“This year’s queer prom is set to be our biggest yet,” according to the San Mateo County Pride Center. “We’re at a larger venue, have drag performers, musical performances, swag bags and some games for folks to play.”

The first Queer Youth Prom occurred in the summer of 2017. Several queer and trans high schools students came up with the idea to craft an event that would allow LGBTQ students to truly and freely express their love and joy in a safe, supportive environment. They partnered with the LGBTQ Commission of San Mateo County and the newly opened San Mateo County Pride Center to hold the event. Thirty-five people attended in the first year. This year, organizers raised the event’s capacity to 100 attendees.

See the flyer for more information. 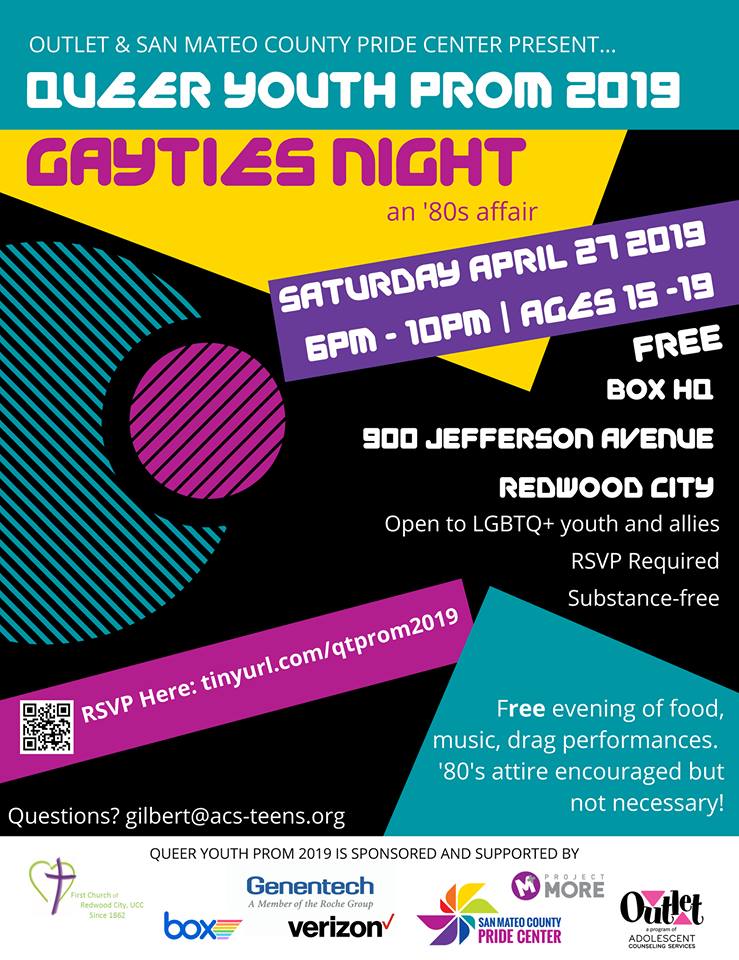 While the pandemic-Grinch may have tried to steal the holidays, it’s no
Are you a Redwood City resident boasting the brightest home on the
In a move aimed at helping local residents manage pandemic-related stress, San
Blue Bottle Coffee recently opened in the historic House of Merkel building
There’s nothing like holiday music to get you in the spirit of
Go to Top