The letter is posted in full below.

The incident involving Dr. Andreas Gal, a technologist at Apple, became national news after Gal said CBP agents demanded he unlock his Apple-issued smartphone and laptop. He wrote about the incident on Medium.com on April 3.

Gal said he travels often and is a Global Entry program member, allowing him to bypass lines with an electronic kiosk. But in November after returning to SFO from a business trip in Europe, he said the kiosk directed him to a CBP agent who sent him to a secondary inspection, where he was questioned by armed agents about his trip, employment, and his past work for Mozilla. The agents searched his belongings and demanded he unlock his smartphone and laptop, which “was rather concerning for me,” Gal said, partly because the Apple-issued computer contained propriety information and he had signed a non-disclosure agreement with the company.

When Gal asked the agents if he could consult Apple’s legal advisors before granting them access, he said “they informed me that I had no right to speak to an attorney at the border despite being a U.S. citizen, and threatened me that failure to immediately comply with their demand is a violation of federal criminal code 18 USC 111.”

Believing it was an unreasonable search and seizure, Gal declined to answer more questions and continued to request an attorney. The agents eventually let him leave with his devices, although he said they confiscated his Global Entry card.

Gal says he’s filed a civil rights complaint against CBP with the help of the ACLU.

In her letter Monday to Acting Secretary of Homeland Security McAleenan, Rep. Speier said the incident described by Gal raises “significant concerns about the officers’ adherence to law and basic constitutional protections.”

“We need to secure the border, but it must be secured without trampling on our … Bill of Rights,” she said in her.

She said in December, her office sent CBP personnel a message asking for an explanation about the incident. What came back from CBP was “entirely unresponsive” and “boilerplate,” Speier said.

In her letter to McAleenan, Speier requested information federal policies concerning searches of electronic devices, which her office called “an issue with serious ramifications for personal privacy.” 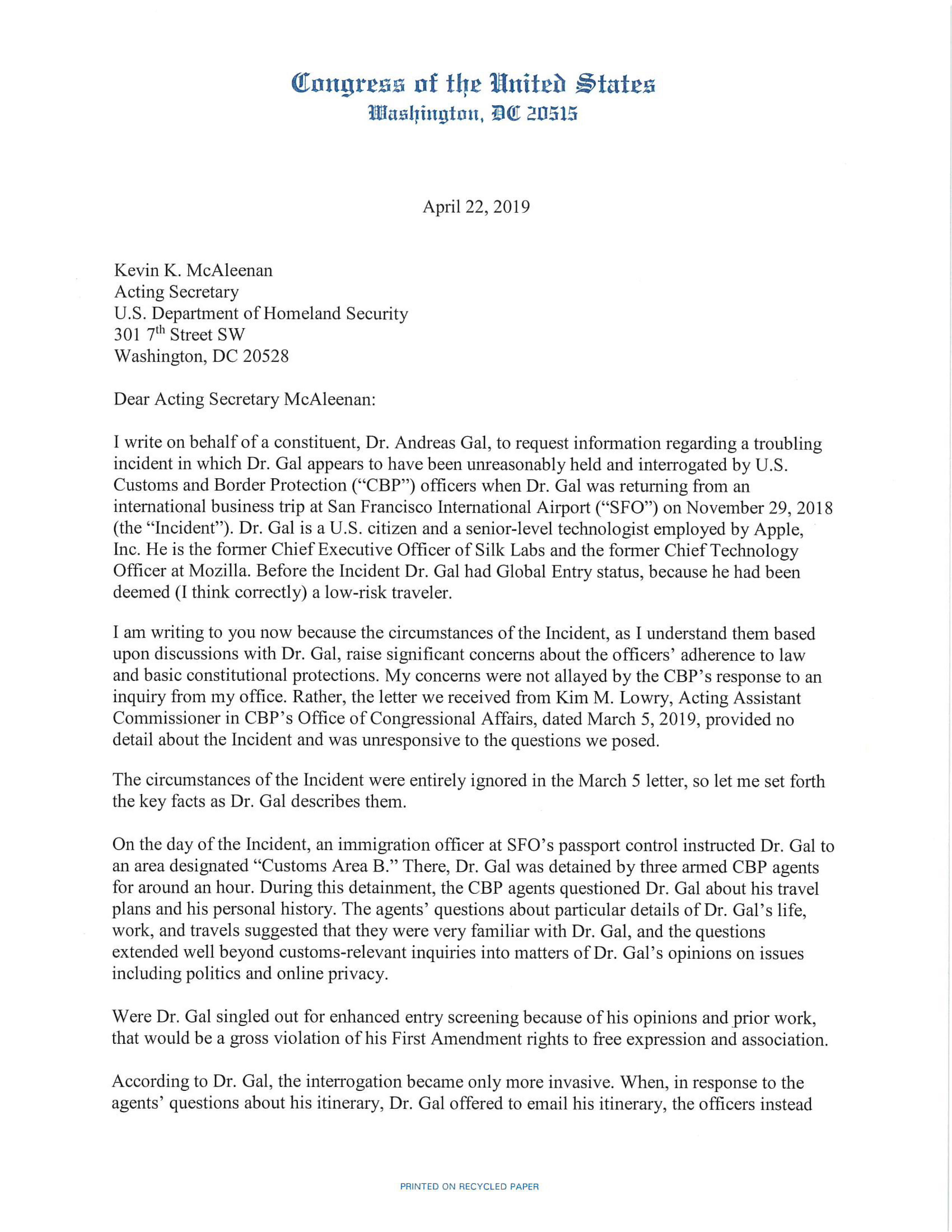 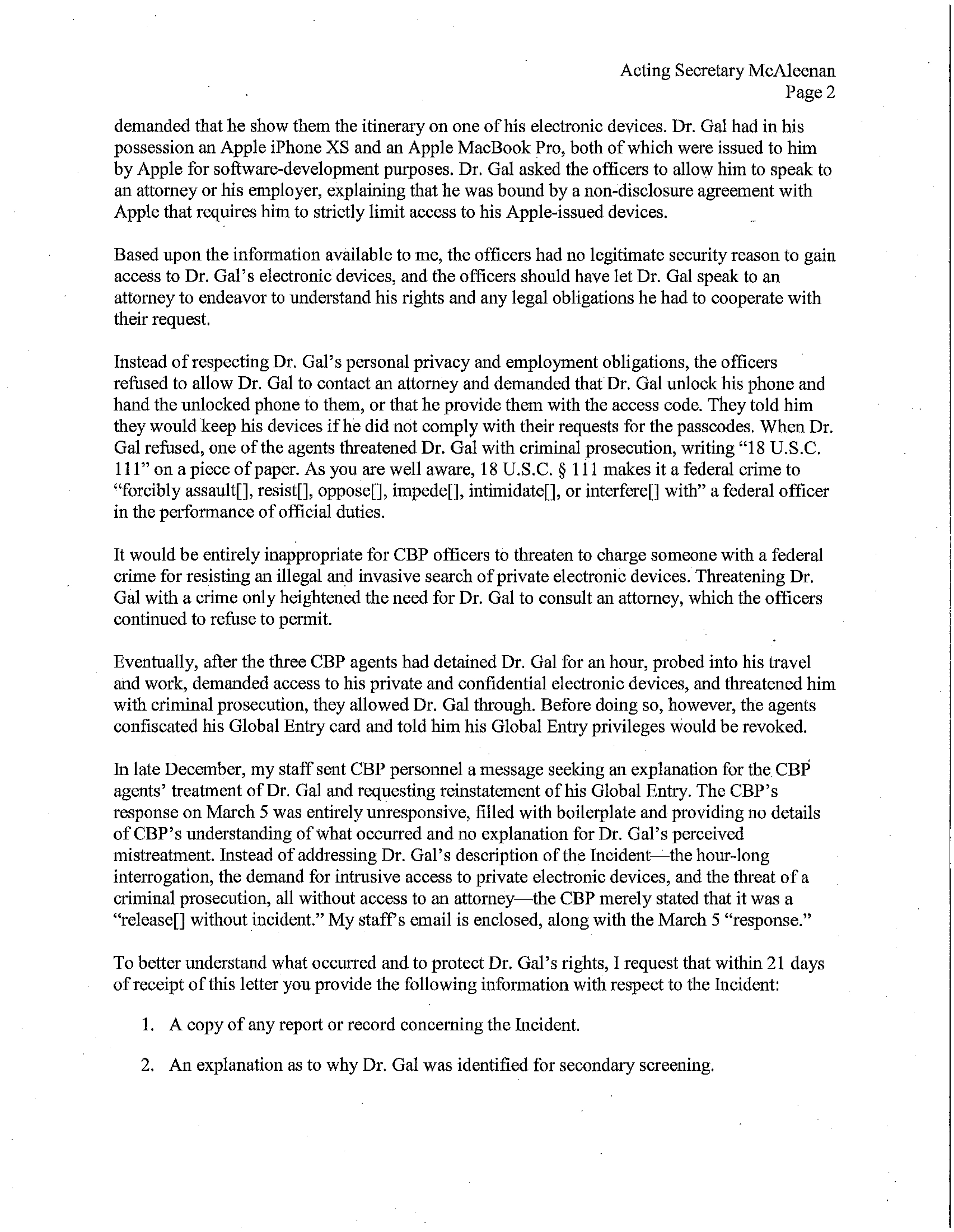 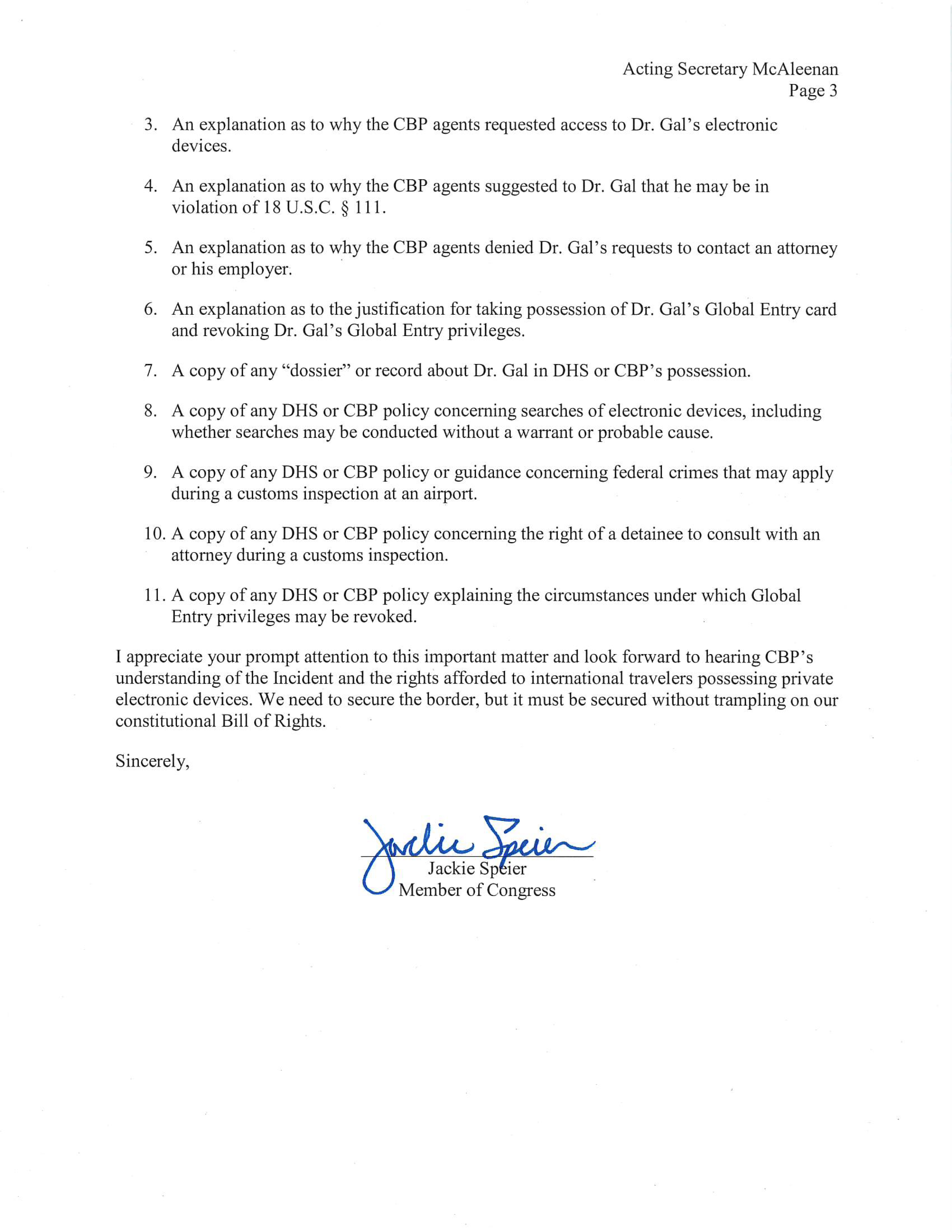