The bad news: Starting today, the turf sports fields at Hoover Park in Redwood City will closed for an estimated 60 days.

The good news? A construction project during that time will replace aging synthetic turf on both fields with the newest material.

In January, City Council approved a $1.6 million contract with Fieldturf USA to replace the turf that has been installed about eight years ago at the heavily used fields at 2100 Spring St. The project include replacing the existing turf with “the newest synthetic turf material, using an all cork and sand infill, adding a new shock absorption pad under the turf, and new access gates around the field,” the city said.

The existing turf was installed about eight years ago and has reached the end of its functional life, according to city documents.

The fields are used for soccer, baseball, softball, and other field sports and they host tournaments. 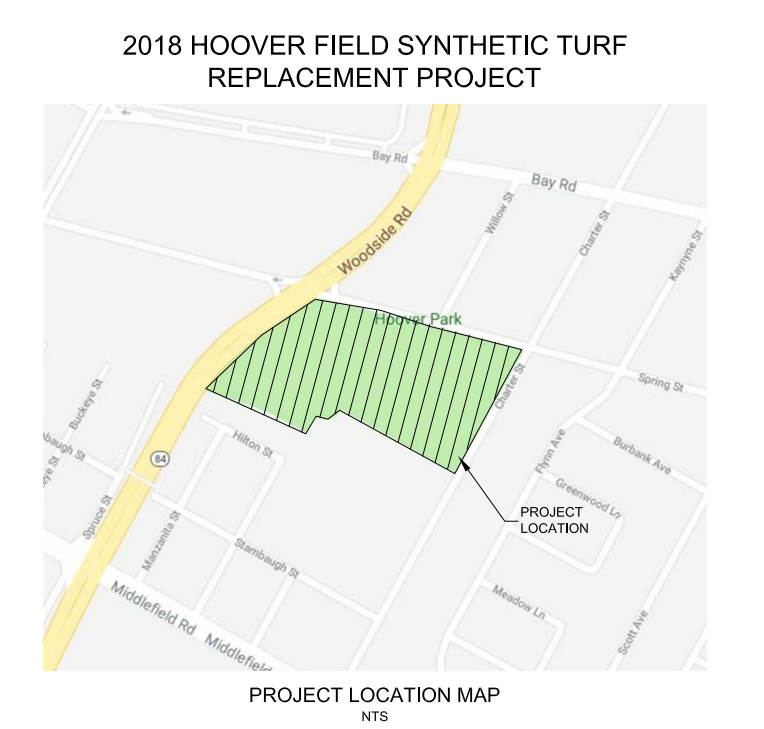