A developer is envisioning an ambitious plan to transform Sequoia Station shopping center into a dense downtown transit hub featuring a building as high as 17 stories.

Developer Lowe’ early-stage proposal includes up to 440 housing units for rent, up to about 1.6 million square feet of office space, and up to about 175,000 square feet of retail on 12 acres within and adjacent to Sequoia Station shopping center. Lowe is requesting a city general plan amendment allowing, in part, for building height increases and parking ratio reductions to achieve the density. 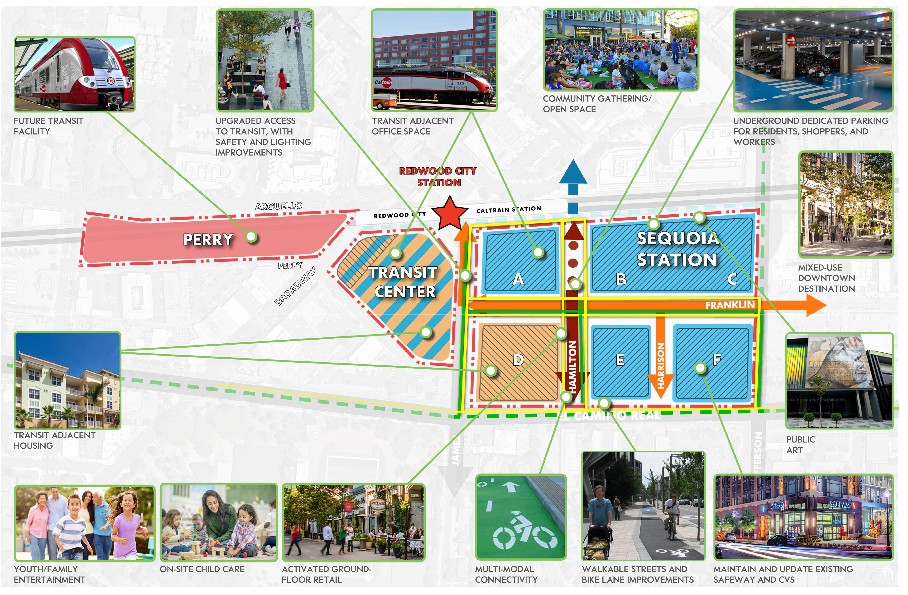 If City Council allows a general plan amendment to move forward, a formal application would be submitted “with more refined numbers and plans,” according to the city. Lowe said its initial proposal is a starting point of a thorough process that will include developmental and environmental reviews and public outreach.

Lowe described its project as transforming Sequoia Station into a strong employment and entertainment center with a focus on improving transit connectivity to downtown and creating the kind of convenience that would allow residents to travel about without cars.

“Sequoia Station’s size, scale and location allows for the strategic placement of density on transit, while allowing for a focus on non-automobile transportation modes and reduced parking ratios because of the site’s adjacency to transit and proximity to downtown,” according to Lowe.

For more details on the plans, visit the city’s website here.