Woodside Delicatessen, a Redwood City business launched 61 years ago and reopened last year after a remodel, announced Wednesday it will close for good after its lease runs out Sept. 30.

The announcement came after its landlord proposed a 52 percent increase in rent, said owner Kyle Vogel.

“Combined with the ever-rising healthcare costs (Woodside Deli has provided insurance coverage to its full-time staff for years), the rising cost and shrinking availability of staff…the numbers just don’t pan out,” Vogel wrote in a notice posted to social media.

“This obviously isn’t what I wanted to happen when I took over the Deli in 2017,” he said. “But the reality of being in Redwood City in 2019 is unavoidable.”

The deli, located at 1453 Woodside Road, will close sometime in October and options will become increasingly limited as the business sells off its existing stock.

The business has been serving sliced meats, salads, custom-built sandwiches and specialty products imported from Italy since 1958. 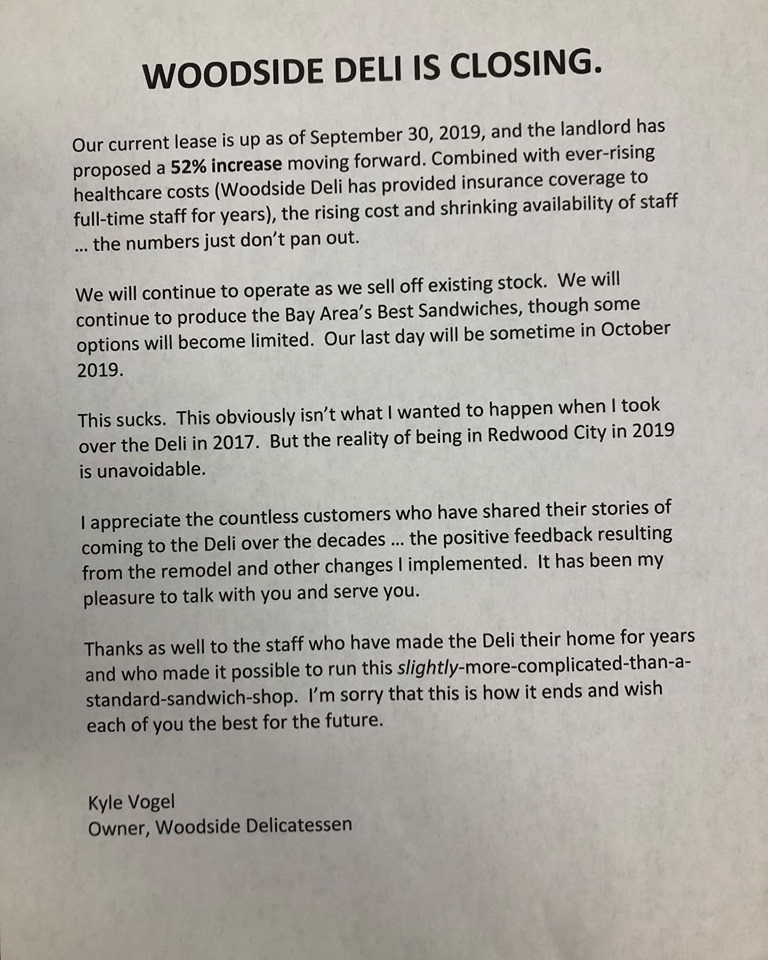