As a result of the investigation, a $5 million dollar arrest warrant was issued for Cruz-Ramirez. During the investigation, detectives seized eight rifles, three shotguns, two handguns, ammunition, a bullet proof vest and several pieces of stolen property, police said.

Cruz-Ramirez was brought to San Mateo County and booked into the Maguire Correctional Facility in Redwood City.

The investigation is ongoing, and anyone with information on Cruz-Ramirez is encouraged to contact Det. Scott Benitez at 650-363-4067, sbenitez@smcgov.orgor or Det. Daniel Chiu 650-363-4057, dchiu@smcgov.org. 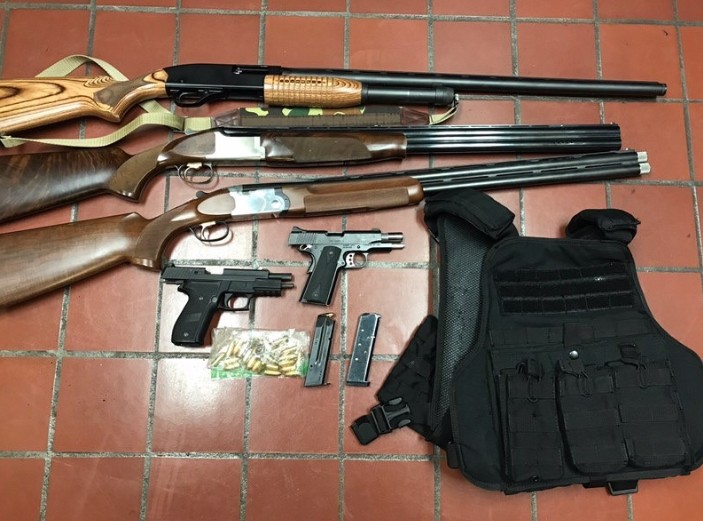