Internet sleuthing by the victim of a storage locker burglary in San Mateo uncovered that the items were being listed for sale on Facebook Marketplace, which led to a police sting and the arrest of a San Jose man Tuesday, according to the San Mateo Police Department.

San Mateo police began investigating the burglary that occurred in the 100 block of W. 3rd Ave. at 4:45 p.m. Sunday. After discovering the theft, the victim searched online for his items and located two listed on Facebook Marketplace, police said.

Over the next two days, an investigating police officer reached out to the seller on Facebook messenger and pretended to be a buyer. Plans were then made to meet at Marina Plaza Shopping Center in San Mateo.

On Tuesday about 5:17 p.m., police arrived at the location and detained Tyghe Mullin, who “had numerous warrants for his arrest out of Santa Clara County,” police said.

Drug paraphernalia and credit card and other personal information were found during a search of Mullin’s person, and four items belonging to the victim of the storage locker burglary were found in his vehicle, police said.

Mullin reportedly admitted to being the person communicating with the undercover officer on Facebook and to knowing the property was stolen, but denied burglarizing the storage locker.

“Mullin was also not the ‘seller’ depicted on Facebook Marketplace, nor did his name match,” police said. “We are continuing our investigation into that subject.”

Mullin was arrested for possession of stolen property and additional charges.

“As the investigation continues, officers will attempt to locate additional victims and determine who else may be involved in this case,” police said. 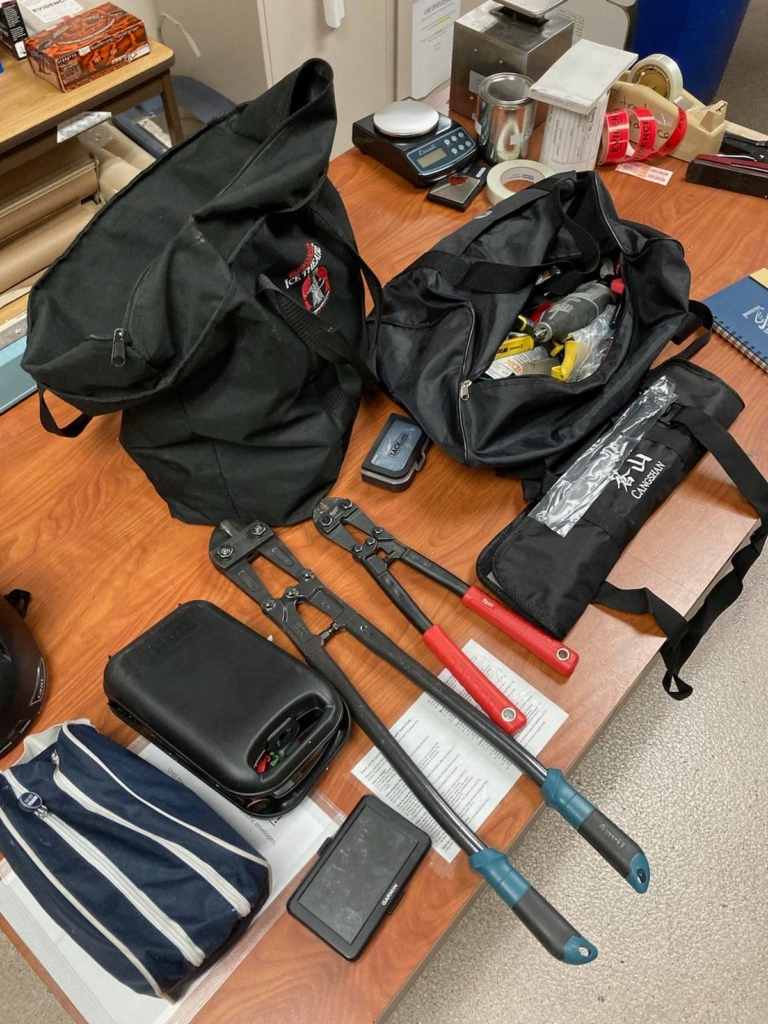