About 775 acres within the San Francisco Peninsula Watershed in San Mateo County are slated for prescribed burning as part of a project to protect critical resources from fast-spreading wildfires.

The project would burn about 775 acres of grass, shrubs and some tree understory in six spots within the 23,000-acre watershed, in areas near Woodside, Emerald Hills, Devonshire, Highlands, San Mateo, San Bruno and Redwood Park.

“Cal Fire will reduce the amount and continuity of woody vegetation within the burn units through manual and mechanical site preparation and broadcast burning,” according to project documents.

The project aims to protect the County’s wildlands, potable water reservoirs and densely populated areas east of the watershed from wildfires.

“In addition, many of the burn units are located adjacent to major evacuation routes and neighborhoods where Cal Fire can strategically use treated areas to defend against advancing wildland fire conditions while assisting with safe evacuation as necessary against an advancing wildfire,” project documents state.

For more information about the project, go here.

Photo of dense woodland contributing to a significant fire risk adjacent to homes near Canada Road in Redwood City courtesy of project documents. 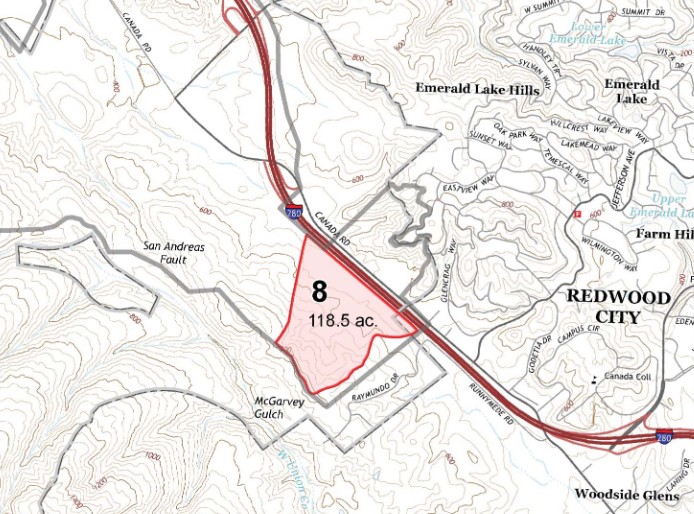 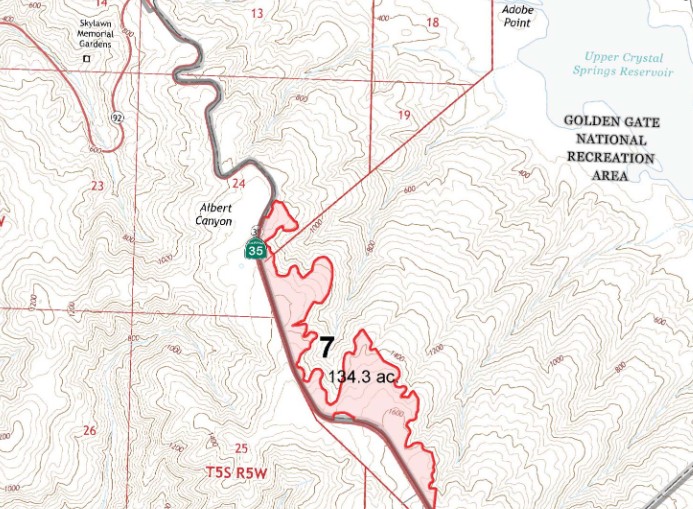 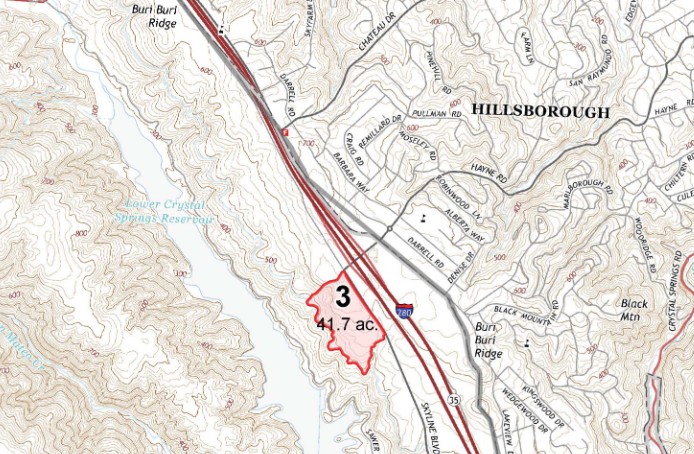 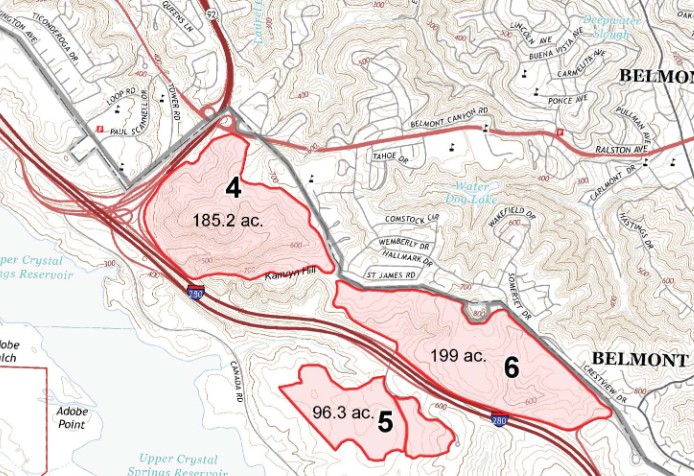